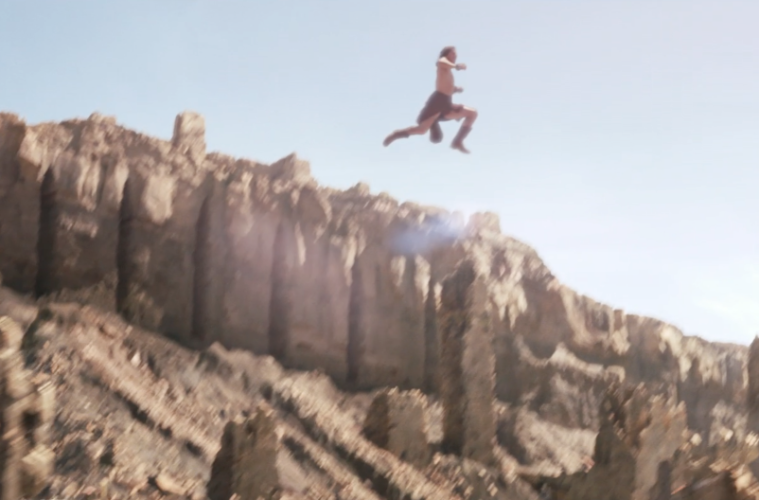 Want a ‘John Carter’ Trilogy? Pray The First One Makes At Least $700 Million

Next year’s John Carter is a big gamble for Disney; with a massive $250 million dollar budget and a movie that lacks any major stars (unless you’re obsessed with NBC’s Friday Night Lights), there’s a lot riding on this. But Andrew Stanton isn’t worried; as director he sees the potential for a trilogy of John Carter movies. That sounds great in theory, but the first one is going to need to make bank. A lot of bank. Vulture (via /Film) cites a New Yorker profile that Stanton has been told by his Disney overlords (scarily fitting, don’t you think?) that in order to even get a sequel considered, John Carter has to make at least $700 million dollars worldwide. At least.

There hasn’t been much in the marketing yet outside of a teaser trailer and teaser poster, but so far it doesn’t seem like anyone is particularly interested in John Carter; especially not the amount of people needed to make $700 million dollars. The books could bring in people, but again, I don’t think enough for $700 million. Tron: Legacy barely made any money when you factor in marketing and other costs (as Germain Lussier points out in his /Film article), and people were actually excited for it. There’s still a holiday season though, and Disney will probably pull out the big guns then and jam the movie down everyone’s throat whether they care or not. Get ready to see John Carter everywhere in a couple of months.

I guess we’ll see if it can pull it off when it’s released March 9, 2012. And for those of you who don’t particularly care about movie news related to finances, you should. This stuff matters more than you think.

Do you think John Carter has a shot at that kind of money? If so, why?