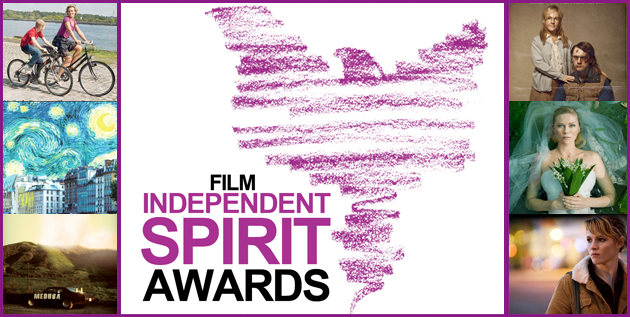 [Voting Spirit] Talking ‘The Kid With a Bike,’ ‘Melancholia,’ ‘The Off Hours,’ ‘Natural Selection,’ ‘Midnight in Paris’ and ‘Bellflower’ Last week we looked at some returning Spirit nominees. This week I’ll not only offer my thoughts on some simple yet poignant dramas, but also cop to the fact that sometimes a critic can realize a movie is totally successful in its goals…yet hate it anyway.

The directorial debut of writer-director Evan Glodell drew notice last summer for its intense drama and impressive muscle car Medusa. The story centers on two twenty-something dudes whose favorite hobby is to construct the ultimate tools for the end of the world, like a homemade flamethrower and a cool car with a whiskey dispenser built into the dash.

Now, here’s the thing, I totally respect that Glodell made the film he set out to. And I admire that he promoted it grassroots style by driving the movie’s memorable muscle car to any film festival or press op possible, but I hated this movie. I found the female characters completely two-dimensional, falling into the category of doormat and bitch only, and so felt cut off from the journey. And you know what? That’s okay. This isn’t a movie for me. It’s about male aggression and I couldn’t relate to testosterone-fueled themes of friendship and betrayal. I understand what Glodell was going for, and think his film acutely captures male aggression and the inherent misogyny that feeds into it. It’s just not for me.

The Kid With A Bike ~ Directed by Jean-Pierre & Luc Dardenne

I had the good fortune to see the latest film from the Dardenne brothers last Fall during the New York Film Festival. There I learned that this gruff tale of a boy with a massive chip on his shoulder was originally called “Pit Bull,” a far more fitting and evocative moniker. The story centers on Cyril (first-time actor Thomas Doret) a pugnacious boy with a fearsome loyalty to his deadbeat dad. As our window to the narrative is through this guarded little brawler, this raw and emotional tale is told with a commendable restraint. It’s an understated gem that will likely be outshone by some of the more glamorous foreign features. {My full review}

Speaking of glamorous foreign features, the latest from controversial filmmaker Lars Von Trier explores themes of family and depression through an enigmatic end of the world tale. Visually, Melancholia is filled with striking cinematography that is utterly awe-inspiring. But personally, I loathed this movie. The reason is simple enough: I don’t agree or connect to Von Trier’s particularly bleak worldview presented by Kirsten Dunst‘s dead-eyed heroine, who anticipates the end of world, and is glad for its destruction because to her it’s not a place worth existing. So, while I readily admit that the film is masterfully constructed with an incredible cast that includes Charlotte Gainsbourg, Kiefer Sutherland, Charlotte Rampling and John Hurt, I have to confess once again, it’s just not for me.

The Off Hours ~ Directed by Megan Griffiths

This sophomore effort from writer-director Megan Griffiths centers itself in a roadside café populated by people on the fringe. Here foster kids, truck drivers and mail order brides collide, seeking solace in human connections no matter how brief or ill-fated. It’s a small movie, but tenderly realized. The acting isn’t showy but solid, supported by Benjamin Kasulke’s fittingly deft but minimalistic shooting style. It’s a little bit of wonderful.

This deeply dark comedy stars former Daily Show correspondent Rachael Harris as a long-suffering Christian woman who is barren, and so she and her husband remain chaste…well sort of. Turns out he’s been regularly visiting sperm banks on the sly, which she discovers when he suffers a stroke at aforementioned sperm bank…get it? Yeah. Much of the humor in Robbie Pickering’s misanthropic comedy is similarly cringe inducing. It’s an incredibly hard to watch effort that reminded me of Todd Solondz’s work. And while the plot, which follows the betrayed wife on a quest to introduce her possibly critically ill husband to his mysterious offspring, regularly punishes its characters in grim and disturbing ways, the chemistry between Harris and her co-star Matt O’Leary, who plays the product of her husband’s donations, is incredible.

Personally, I share Woody Allen’s romantic nostalgia for the 1920s, with its glamour and artistic geniuses tearing it up in Paris and beyond. So I was really looking forward to this fantasy romance in which a modern man (Owen Wilson doing Allen’s standard neurotic shtick) magically stumbles down a Parisian street and into the Jazz Age where he meets such legendary artists as F. Scott Fitzgerald, Pablo Picasso, Luis Bunuel and Ernest Hemingway. Initially, I was captivated by this concept of being able to traipse into your idealized era and rub elbows with your personal heroes, but soon I grew tired of Wilson’s whiny protagonist. And by the time this pretentious boor began telling Bunuel how to make movies—by sloppily feeding him the concept of the yet-to-be created Exterminating Angel—I had had enough. Still, elements of Midnight in Paris are enchanting, from its mostly wonderful cast (Rachel McAdams is razor-sharp as a snooty American tourist) to its lovely nostalgic soundtrack and vivid depictions of some of the most fascinating figures of the 20th century. Character actor Corey Stoll, who is nominated for his portrayal of Hemingway, is especially impressive here. He firmly takes on the brilliant blowhard with a bold—and well-suited—confidence. It’s a real stand out performance, and one that’s sure to earn Stoll notice beyond award season. Sadly, Allen, who has branched out artistically since moving abroad, ends his tale with a resolution that’s painfully predictable to those familiar with his earlier efforts.

Characters Fixating On The End of The World: 5

State of Mind: Admittedly this was a rattling week. There’s some stellar cinema in this mix, but much of it has a bleak worldview that I personally find emotionally exhausting. I’ll have to watch a palette cleanser feel-good flick before resuming screenings. Please do throw some fun suggestions my way in comments.

Check back next Tuesday, when Kristy will discuss: Circumstance, Footnote, Terri, Drive, An African Election, Think of Me, and The Interrupters.