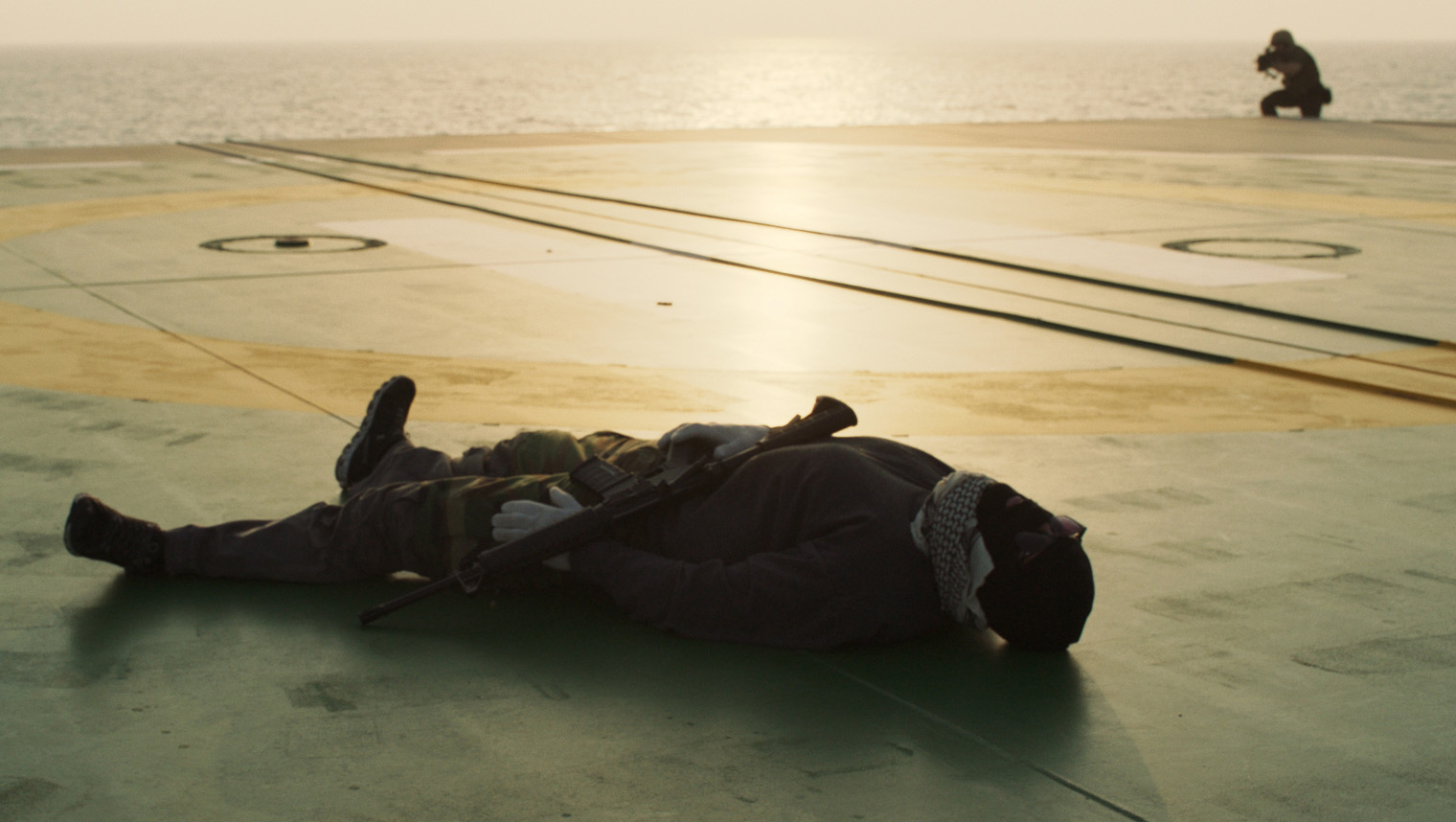 In the world of Gregoris Rentis’ Dogwatch, pirates are the new Godot. The greek filmmaker’s feature documentary debut is all about waiting: waiting to leave, to return, or to have your container ship boarded by marauders. Told over three chapters, it shifts from surf to turf: at land in Sri Lanka; at sea in pristine waters; and at land again in Athens. Each setting holds a different kind of intrigue, yet little of consequence happens: this is a film about things not happening. Rentis’ key focus are the mercenaries (we hear the usual spattering of South African accents) hired by shipping companies as on-board security for their vessels, especially those forced to cross the so-called “High Risk Area” off the Somali coastline.

It’s a region that once inspired a Paul Greengrass movie, but we soon learn those heady days are over: “be confident in the fact that any ship with armed guards has never been hijacked,” one of the men reassures a new recruit. You wonder: how will these men ever pass the time? This question is at the centre of Rentis’s film, and its interests occasionally border on the philosophical: if a man is hired to protect a ship from pirates but there are none to be found, does he or it still make a sound? Through farcical displays of masculinity (the safety drill that opens Dogwatch is played with tongue planted in cheek), Rentis’s film tracks the long, lonely hours that are the bread and butter of this work. It focuses on the solitary lives these people lead and, to its benefit, even tracks the collateral damage on both them and those they leave behind.

In its three segments, each neatly showing a different stage of the career, Rentis’ film offers three subjects. First is Yorgos, a rookie, who Rentis introduces in training with a group of fellow recruits on a beach. Focusing in on physicality and flexed muscles, Rentis naturally alludes to the homoeroticism of such things. (And if that nod to Beau Travail isn’t clear enough, look out for Yorgos’ departure from the film, dancing the night away in a Sri Lankan club.)

In the second section Rentis trades Yorgos’ wide eyes for the somewhat narrower gaze of Costos, a hardened pro. Though Yorgos’s moments are the most interesting and likable, Dogwatch is at its visual best in the middle third, and Rentis presents the action (or lack thereof) at a surgical remove (à la Ulrich Seidl), cooly accentuating its strangeness. Costos’ story takes place on the high seas aboard an impressive, impressively empty ship where we witness myriad safety drills that could be mistaken for a Call of Duty LARP.

Though many of these scenes have the feel of an elaborate farce, the film is not without pathos, and Rentis poignantly undercuts these moments with candid human emotions, e.g. Costas’ lonely calls home. This becomes most apparent in Dogwatch‘s final chapter: if Yorgos is the film’s Spring and Costos its waning summer, then Victor, the last man we meet, is its sombre Autumn: a veteran who wishes to leave the sea life in order to spend more time with family. (Rentis appears to capture one surprisingly tender moment when Victor requests a transfer, though it may be too good to be true.) The director follows him on his annual leave, visiting loved ones in Athens and bonding with his son. (In one touching sequence he brings the boy for a drive, allowing the toddler to sit on his lap and take the wheel.)

These detours aside, Rentis’ film isn’t exactly married to realism, and that’s fine. Shot in a hyperreal aesthetic, Thomas Tsiftelis’s bracing cinematography allows Rentis to find moments of absurd comedy in the peculiarities of this life. The brooding score (welcomely provided by the London producer and artist Matthew Barnes, a.k.a. Forrest Swords) only adds to the counterpoint. Dogwatch isn’t the first film to simultaneously luxuriate in and poke fun at a world of fetishized masculinity—a mood board would show images of sweat, pectorals, and a rain of bullet casings—but it deserves credit for taking some time to simply ask why?