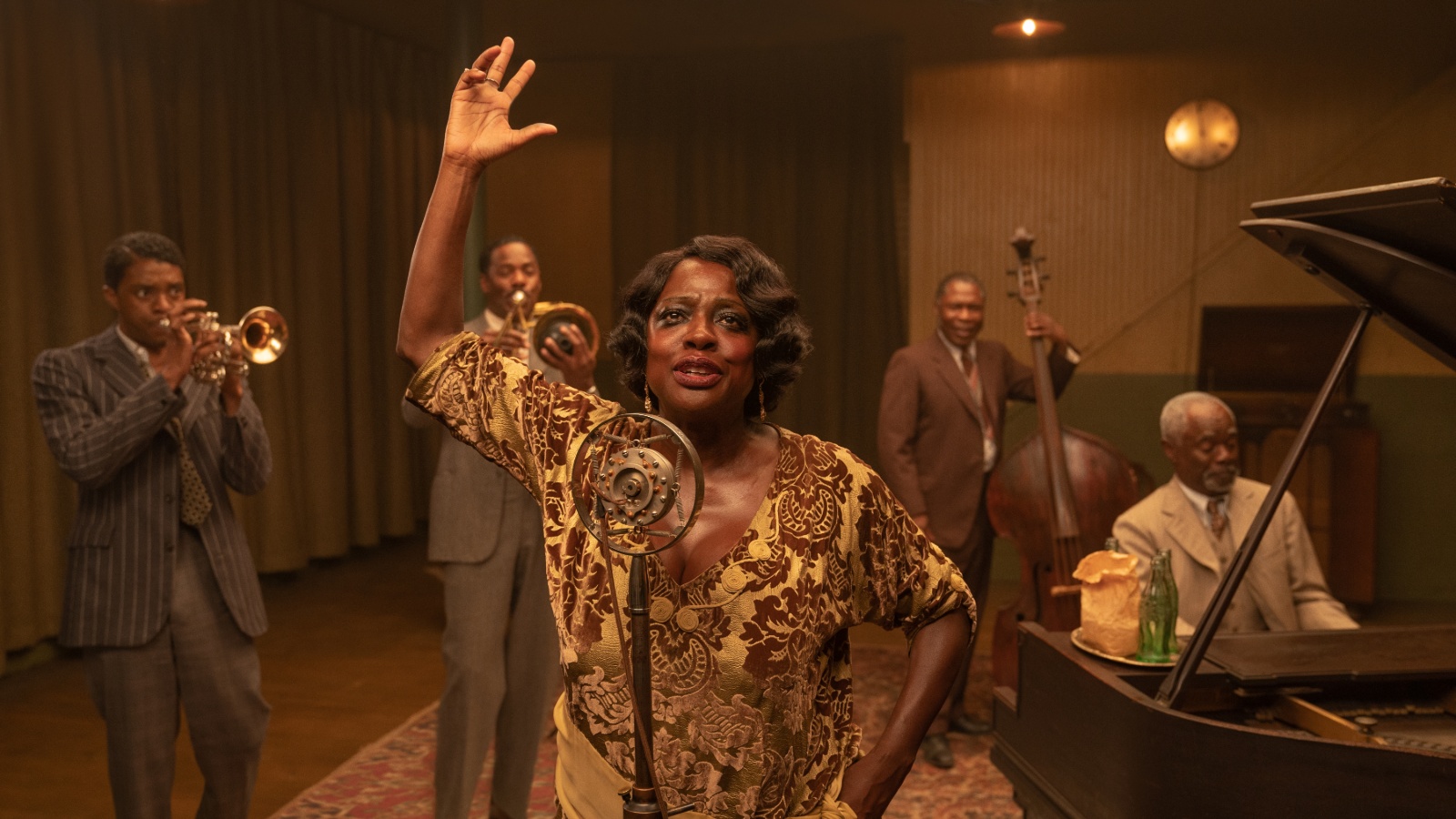 After her Oscar-winning work in 2016’s Fences, Viola Davis is continuing her longstanding relationship with August Wilson in Netflix’s upcoming Ma Rainey’s Black Bottom. Adapted from Wilson’s 1982 play of the same name, Ma Rainey focuses on the titular singer on an eventful day in the recording studio, where she is confronted with the demands of her white music producers and of the passionate and ambitious trumpeter Levee, who dreams of making it big on his own. Ahead of a December release, the first trailer has now arrived for the film, which marks the final role of Chadwick Boseman, who looks to be giving a knockout performance.

As mentioned, Davis is no stranger to August Wilson. In addition to her work in the film adaptation of Fences, Davis got her start on the stage in Wilson’s plays, including winning her first Tony for her work in King Hedley II. She then won another Tony for her work in the Broadway revival of Fences. Adapted for the screen by Ruben-Santiago Hudson and directed by theater legend George C. Wolfe, watch the trailer and poster below.