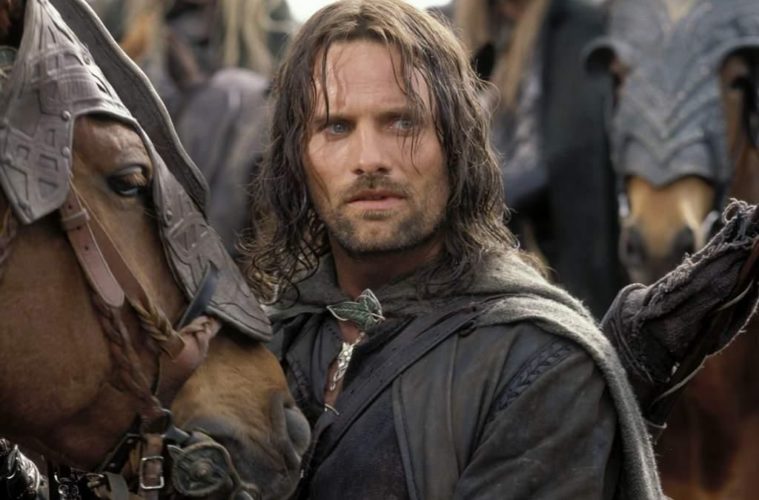 Viggo Mortensen On Peter Jackson’s Sacrifice, the Cinematography of Roger Deakins, and More At The Guardian, Viggo Mortensen on Peter Jackson sacrificing subtlety for CGI:

Mortensen thinks – rightly – that The Fellowship of the Ring turned out the best of the three, perhaps largely because it was shot in one go. “It was very confusing, we were going at such a pace, and they had so many units shooting, it was really insane. But it’s true that the first script was better organised,” he says. “Also, Peter was always a geek in terms of technology but, once he had the means to do it, and the evolution of the technology really took off, he never looked back. In the first movie, yes, there’s Rivendell, and Mordor, but there’s sort of an organic quality to it, actors acting with each other, and real landscapes; it’s grittier. The second movie already started ballooning, for my taste, and then by the third one, there were a lot of special effects. It was grandiose, and all that, but whatever was subtle, in the first movie, gradually got lost in the second and third. Now with The Hobbit, one and two, it’s like that to the power of 10.

“I guess Peter became like Ridley Scott – this one-man industry now, with all these people depending on him,” Mortensen adds. “But you can make a choice, I think. I asked Ridley when I worked with him (on 1997’s GI Jane), ‘Why don’t you do another film like The Duellists [Scott’s 1977 debut, from a Joseph Conrad short story]?’ And Peter, I was sure he would do another intimately scaled film like Heavenly Creatures, maybe with this project about New Zealanders in the First World War he wanted to make. But then he did King Kong. And then he did The Lovely Bones – and I thought that would be his smaller movie. But the problem is, he did it on a $90 million budget. That should have been a $15 million movie. The special effects thing, the genie, was out of the bottle, and it has him. And he’s happy, I think…”

At AV Club, Ignatiy Vishnevetsky on why The Immigrant is an American masterpiece:

The Immigrant’s title and opening shot—a slow zoom out from the Statue Of Liberty, its back turned to the camera—suggest a monumental scale and subject. It’s not An Immigrant, but The Immigrant—a drama about New York in the early 1920s, lit gold and gray, set on bustling streets, in cramped apartments, and within the chilly holding quarters of Ellis Island. A magician levitates before an audience of detainees, who are awaiting deportation back to their homelands. “Don’t give up the faith, don’t give up the hope,” he says at the end of his act. “The American Dream is waiting for you!” Strippers in exotic costumes, eroticized immigrants, turn tricks on the side. When they fall on hard times, they put on boas and headbands and ply their trade in a public park. “The daughters of millionaires!” shouts their pimp to anyone within earshot. These are the cornerstones of national myth, eroded by ambivalence and irony. The visual and thematic palette immediately brings to mind Michael Cimino’s once-maligned Heaven’s Gate—except that The Immigrant accomplishes more in two hours than Heaven’s Gate did in nearly four.

Watch a video on the cinematography of Roger Deakins:

At NonFics, Daniel Walber on the problem of Cannes and documentaries:

The Cannes Film Festival does not embrace documentaries. Just look at the lineup over the last few years for proof. There may be a growing movement within the film community to recognize nonfiction cinema as art but it has yet to arrive on the Croisette. The usual explanation given for this is that Cannes is an old and conservative institution. It only makes sense that they would drag their feet even as other European festivals push forward. Last year’s first-ever documentary to win the Golden Lion, Gianfranco Rosi‘s Sacro GRA, is a brilliant and perceptive work that would still look out of place on a Cannes Official Competition lineup.