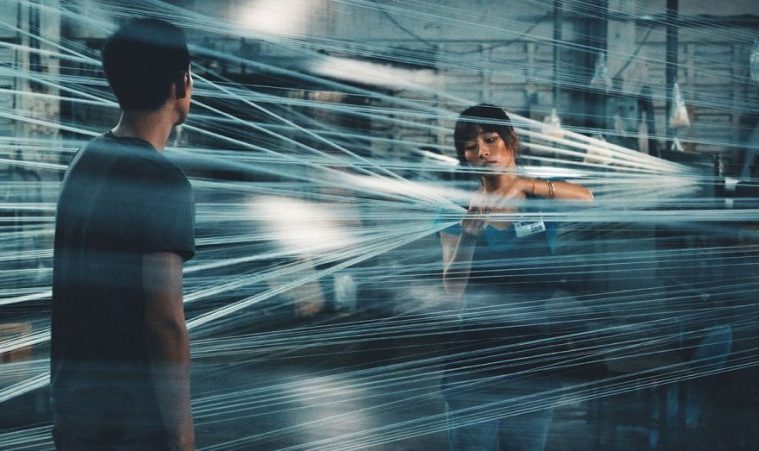 [Venice Review] The Road to Mandalay

We’ve lamented the qualitative drop of Chinese cinema around this time last year, as Hu Guan’s glossy generational drama Mr. Six closed the Venice Film Festival on a decidedly mute note. Things aren’t looking up 12 months later, as the traditionally sinophile fest on Lido could not even save a token out-of-competition slot in its official selection for the world’s second largest film market. This came after an equally dismal showing at Cannes this May. Even taking the entire Chinese-language film world into account, whenever Taiwan’s Hou Hsiao-Hsien or Hong Kong’s Wong Kar-Wai don’t have a movie out – and those guys spend half an eternity on a project – one might be hard pressed to find the kind of artful and daring humanist fares that used to win favors from festivals everywhere.

While this major gap in working auteurs does not appear to be closing up anytime soon, signs of promise may be found in young talents on the periphery of the Chinese mainstream who haven’t yet been conditioned to go big, aim lower and capitalize. Singapore’s Anthony Chen reminded people of Edward Yang and early Ang Lee with his delicate family portrait Ilo Ilo. Chinese ethnic filmmaker Gan Bi won positive notice for the singular voice of his debut Kaili Blues. Then there’s Burmese-born, Taiwan-based director Midi Z, who follows up his Berlinale-endorsed one-two punch Ice Poison and City of Jade with The Road to Mandalay, which premiered in the independent sidebar section Venice Days.

The immigration drama has the unique setting of an infamous human trafficking route between Burma and Thailand, where impoverished Chinese minorities are known to pay for illegal entry into Bangkok and earn a better living doing menial jobs. Lianqing (Ke-Xi Wu) and Guo (Ko Kai) are two such displaced souls who left everything behind to make a buck. They reconnect after getting separated upon arrival in the city, help each other out as feelings develop beyond mere solidarity, but are soon confronted by the fact that they might be chasing very different dreams.

Showing impressive patience and confidence, the director doesn’t rush to provide us with all the background information. Instead, the audience is thrown into the middle of a treacherously hushed journey right off the bat. You’re only able to piece together what’s going on by studying the interactions, conversations and other clues like accents and demeanor of the characters. Meanwhile, the linear, stripped-back narrative rarely strays from the role of a dutiful observer, inviting you with an unagitated tone of voice to understand the very particular set of circumstances it describes, as well as the plight of those fighting futilely against them. At various points during the film, Lianqing and Guo are compelled to face figures of authority. These scenes are often shot from behind the protagonists, which instantly renders them anonymous and, by way of visual suggestion, underscores their powerless position. Choices like these mark the potential of Midi Z as a poised, empathetic storyteller, someone who explains less in order to reveal more.

Having said that, the attentive, generally involving film is not without its problems. The modest production doesn’t always have the means to physically recreate. The environments created here, though optically pleasing, lack that touch of used, messy believability. The simple fact that you don’t really see, feel or smell the heat and sweat in the supposedly sweltering places can be distracting. Acting-wise, there’s nothing to write home about. Ko, coming off an unofficial “ban” by the Chinese government (for smoking pot with Jackie Chan’s son) after his breakout role in Taiwanese box office champ You Are the Apple of My Eye, can’t fully shake the urban teen idol looks with a fittingly brute but less than lived-in portrayal. Wu fares better, conveying with an open face the deep anxieties and single-mindedness of a village girl, although true range still remains to be seen. Due in part to the absence of knock-out performances that would have given it more emotional context, the unexpectedly violent ending, while not without its visceral impact, doesn’t necessarily win the argument of genius versus lazy either.

Even at its least convincing, The Road to Mandalay is a film firmly grounded in humanity and the many unpleasant truths about our world. Neither topically nor technically does it aim for the populist or fantastical. Ultimately it’s this almost refreshing quest to go back to basics that gives us hope in another new era of Chinese-language auteur cinema supported, not hijacked by the ever-expanding market.

The Road to Mandalay premiered at the 2016 Venice Film Festival.