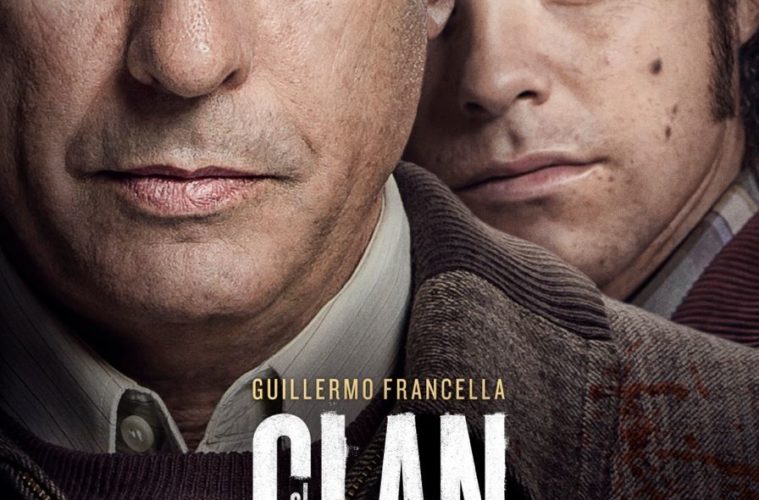 Who says there’s no place for meaty, gritty thrillers at A-list film festivals? Argentinian director Pablo Trapero’s El Clan (The Clan) is exactly the kind of cross between high drama and genre exercise that should have no problem pleasing steak-eating critics and audiences everywhere. Perhaps not lofty enough in its aim and too gung-ho with its approach to win award favors, this is nonetheless a solid piece of storytelling served with just the right amount of sauce.

Based on true events from the 80’s, when Argentina was on the cusp of re-establishing democracy after years of dictatorship, the film is centered around the Puccio family under an authoritative, enigmatic patriarch Arquímedes (played by Guillermo Francella). The white-haired, physically unimposing man is a decorated government official, a reserved, soft-spoken man who sweeps the sidewalk and greets his neighbors. He spends a lot of time with his wife and children, taking obvious pride in his rugby star son Alex (Peter Lanzani). In a couple of celebratory party scenes, the unity and good cheers of this happy bunch would have you believe they’re the very definition of a model family. Well, that is if one overlooks the fact that they also kidnap and kill people on the side.

With the first abduction carried out even before the title card drops, it’s hardly a secret what really marks this clan. The depravity of the situation is later highlighted when Arquímedes is seen bringing food to the hostage imprisoned in their home, urging kids to come down for dinner along the way while muffled screams can be heard in the background. Notably, the script keeps several family members’ level of involvement in these crimes vague. In some cases, as with the either clueless or gullible daughters, the ambiguity weakens the dramatic impact somewhat on the day of reckoning. In others, however, it makes the character all the more fascinating. The mother of the house, Epifanía (played with wicked precision by Lili Popovich), for example, has such an unknowable moral compass you’re not only mystified by how she sleeps at night but simply can’t stop wondering about her.

Lanzani also does a respectable job conveying the inner tug-of-war of a young man trying to make his parents proud yet increasingly rattled by the cruelties he witnesses. Ultimately it’s Francella who owns the film, though. His portrayal of a manipulative, calculating, utterly cold-hearted monster is brilliant in its unassuming passivity. No evil laughs or any ticks and gimmicks; this is probably what someone would look like when conscience no longer plays a part in their decision-making and the only thing that gets them to lose their temper is an operation gone awry — the idea of failure. Planning and executing despicable crimes with the unperturbed dedication of a scholar or a monk, nothing but the stillness and absolute chill radiating from his reptilian eyes betrays an inkling of antisocial tendency. Seen against the backdrop of a country finding its way through painful adjustments, this performance carries enough weight to turn an intense personal and familial portrait into a reflection of the confused, restless, violent times.

Known for hard-hitting social dramas like Lion’s Den in 2008 or White Elephant in 2012, Trapero is not only in his natural habitat here but actually tops himself with daring, colorful directorial choices. Instead of remaining relentlessly grim, he allows more moments of levity to add a vitality to the proceedings and accentuate the perversity of the brutality described. Borrowing generously from genre conventions, he shoots a number of sequences with graceful fluidity and showmanship, while many of the most horrendous scenes are accompanied by soulful, laid-back or downright joyous tunes. It’s true that none of this is particularly groundbreaking and that, as hinted above, the limitations of a biographical film are still palpable towards the end, but the pure, visceral satisfaction of seeing an exciting story expertly told cannot be denied either.

The Clan premiered at the Venice Film Festival.