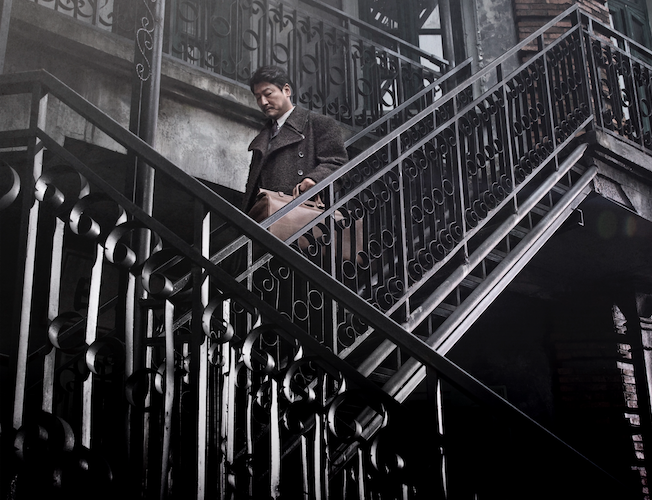 [Venice Review] The Age of Shadows

Eyebrows were raised when it was announced that South Korea will submit the as-yet-unreleased espionage thriller The Age of Shadows for Oscar consideration instead of Cannes hits The Handmaiden and The Wailing. Premiering out of competition at the 73rd Venice Film Festival, writer/director Jee-woon Kim’s return to Korean-language cinema after a brief stint in Hollywood with the Schwarzenegger-starrer The Last Stand turns out to be a worthy choice that makes particular sense representing the country given how it speaks directly to the national memory/identity.

Set during the Japanese colonial period in early 20th century, the movie follows a group of resistance fighters who risk their lives for the independence movement under the militant watch of a ruthless foreign regime. After a series of compromised missions, the daredevil activists, led by the cool and resourceful Kim Woo-Jin (Yoo Gong), set their mind on “turning” the Korean-born Japanese police captain Lee Jung-Chool (Kang-ho Song). The bulk of the story takes place as the nationalists try to smuggle a supply of explosives out of Shanghai while courting the enemy and baiting a rat from within their own ranks.

As can now be safely expected, the genre aspect of this proudly Korean production is irreproachable. Numerous setpieces, including the rousing opening night chase, are products of pure, goosebumps-inducing craft, choreographed as they are to bring maximal visual impact and executed with sleek, satisfying precision. The camera is deadly alert, ready to spring into action over rooftops or through panicked crowds, while every hit, drop, collision lands with the kind of sound-enhanced solidity that completes the transportive illusion. A later scene in the dining car of a speeding train, which follows a tense, Mission: Impossible-esque sequence of whodunit, is essentially little more than a rapid exchange of fire. But how Kim and his formidable technical team compose, frame and edit what could have been the most ordinary of shootouts to instantly, violently communicate peril shows not just unmistakable filmmaking prowess but a delightful, connoisseuristic appreciation of the game. Fair warning should be given to the faint of heart, though, as depictions of torture are realized with the same gusto and surgical (literally) care. Though not prevalent or gratuitous in the scheme of things, these exceedingly graphic interludes would still be enough to earn the film a Midnight Madness slot at festivals anywhere.

On the narrative front it’s trickier. The screenplay, an original work of fiction based on actual historical figures, tells a meaty tale about Korea’s struggle out of heteronomy. Its commitment to bring the courage and sacrifices of nameless, selfless heroes to light without going overboard with easy sentimentality is commendable. That said, it never quite weaves the characters, their motivations and allegiances into a thick enough web to do the complexity of the times justice or make a truly brilliant spy movie. The key storyline about the defecting officer’s inner turmoil and gradual change of mind, for example, is rather ineffectively dealt with, so emotional stakes beyond a most basic need for retribution remain lacking. Which is a shame, considering how the intrigue-filled premise probably allows for something more sophisticated to come out at the end à la Tinker Tailor Soldier Spy, instead of just a properly climatic blow-off as Tarantino would have done it.

Overall, production value is high and the urgent, keenly suggestive score deserves a special shout-out. Local superstars Gong and Song make for a dynamic cinematic pairing and should, together with Lee Byung-hun in a limited role, ensure robust box office results. In short, mainstream audiences should get a kick out of this polished, often exciting patriotist drama. But those looking for a deeper, mightier resonance would be well advised to keep their expectations in check.

The Age of Shadows premiered at the 2016 Venice Film Festival and opens on September 23.