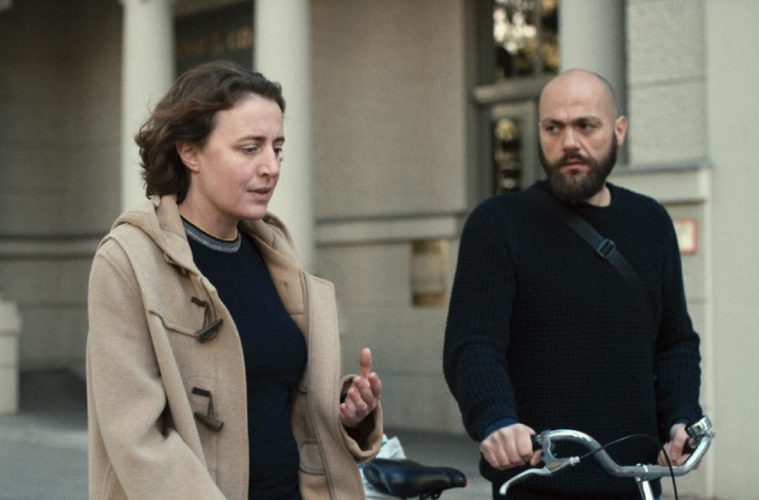 Part of the Berlin School movement of strikingly original filmmaking alongside the likes of Christian Petzold, Maren Ade, Valeska Grisebach, Ulrich Köhler, and more, Angela Schanelec has been carving her own unique path this century. With her oblique but immensely rewarding films and a Bressonian perspective on life, she deservedly earned Best Director at Berlinale last year for her latest film I Was at Home, But…

Following a festival tour that included TIFF, NYFF, San Sebastián, Chicago International Film Festival, AFI Fest, and more, Cinema Guild will now release her newest feature next month, beginning at NYC’s Film at Lincoln Center where the director will appear in person for a complete retrospective. Ahead of the release, they’ve debuted a new U.S. trailer.

Ed Frankl said in his review from Berlinale, “This is a film that stages itself in non-linear narratives, in severe, clinical long takes, in metaphorical observations, and even extended sequences of Shakespearean re-enactment–a film whose aesthetics may be intensely controlled and yet whose narrative is sprawling with meanings and readings.”

I WAS AT HOME, BUT… tells the story of Astrid (Maren Eggert), a forty-something mother of two, struggling to regain her balance in the wake of her husband’s death. Her adolescent son Phillip (Jakob Lassalle) disappeared for a week and now that he has returned, he faces disciplinary action at school and his toe requires amputation. As new questions confront Astrid from every angle, even simple activities like buying a bicycle or engaging with a work of art, are fraught with unexpected challenges.

I Was at Home, But… opens on February 14 at NYC’s Film at Lincoln Center, preceded by a complete retrospective, then in LA on February 28 at Laemmle Royal.