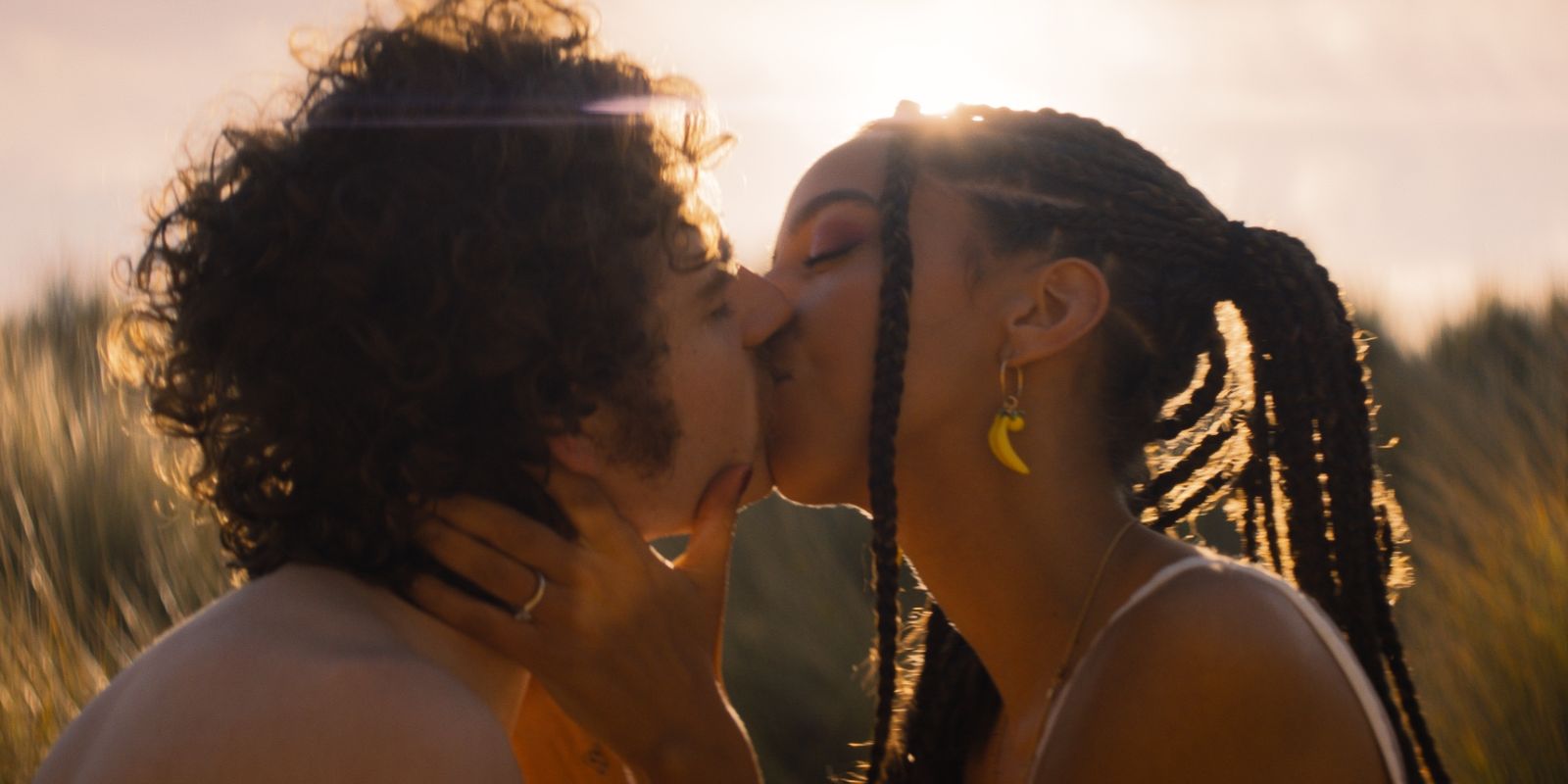 Mark, Mary & Some Other People represents a leap for Hannah Marks, the 28-year-old director premiering her first solo directorial narrative feature at the Tribeca Film Festival. After writing the acclaimed, easy-going Banana Split and co-helming After Everything with Joey Power in 2018, Marks returns with an effort aimed at a similar topic: young love. Staked in the evolving and devolving of a relationship between 20-somethings, Mark, Mary & Some Other People finds the director exploring polyamory through the lens of an open relationship.

Like Marks’ previous efforts, her latest work features quippy writing based on realistic, observant portrayals of young people, like those who met at an undie run in college. Mark (Ben Rosenfield) encounters Mary (Hayley Law) at a pharmacy as the latter buys a pregnancy test, attempting to remember his face and his name. He comforts her while she pees on a stick by singing an original, loud, gravelly song—sweet, genuine, and singular, like much of Marks’ storytelling.

She relies on the chemistry of Rosenfield and Law to push through more dramatic elements, this quickly married couple beginning a non-monogamous relationship riddled with rules and boundaries. Both actors are up to the task, lending performances that work best when paired. To separate these sections of the marriage, Marks uses chapter cards à la Banana Split, funky and colorful letters providing levity to a seemingly important decision. But there isn’t much time spent on the actual decision-making and, as Marks shows, decisions can sometimes come to young people with ease and thoughtlessness, though the film makes an effort to imbue care into the fragility of this relationship.

Once the newlyweds decide to try this polyamorous, almost-casual direction, they have a joint photoshoot to boost each other’s dating and hookup profiles, giving Rosenfield and Law the space to play off one another, their smiles and laughs seemingly unforced. Marks has a knack for writing these scenes of love, emphasizing the connection between two people in small ways, giving audiences reason to cheer for a couple even as they spiral downwards—which they inevitably had to do in Mark, Mary & Some Other People.

The film’s dependence on these millennials getting their lives in order pushes against the nonchalant nature of the story, Some Other People‘s tone shifting from joyful, carefree montages to doctor visits and car fights. Through it all, these characters feel real, and Marks’ approach remains committed to the daily ups and downs of relationships and young adulthood, never fabricating the ease of every little decision. These scenes are helped along by Mac Demarco and Frankie Cosmos needle drops, songs these characters would listen to and possibly designed to unlock something in the minds of more junior moviegoers.

Marks’ solo debut shows the same interest in the minor details of a relationship—those that might end up hurting one person, the other, or both. With defined, understandable characters, her writing at this moment exceeds her straightforward directorial approach, pushing these stories towards relatability without the clearest sense of visual style (yet). Mark, Mary & Some Other People finds comfort and empathy in the story of two people still attempting to figure it out.

Mark, Mary & Some Other People premiered at the Tribeca Festival.