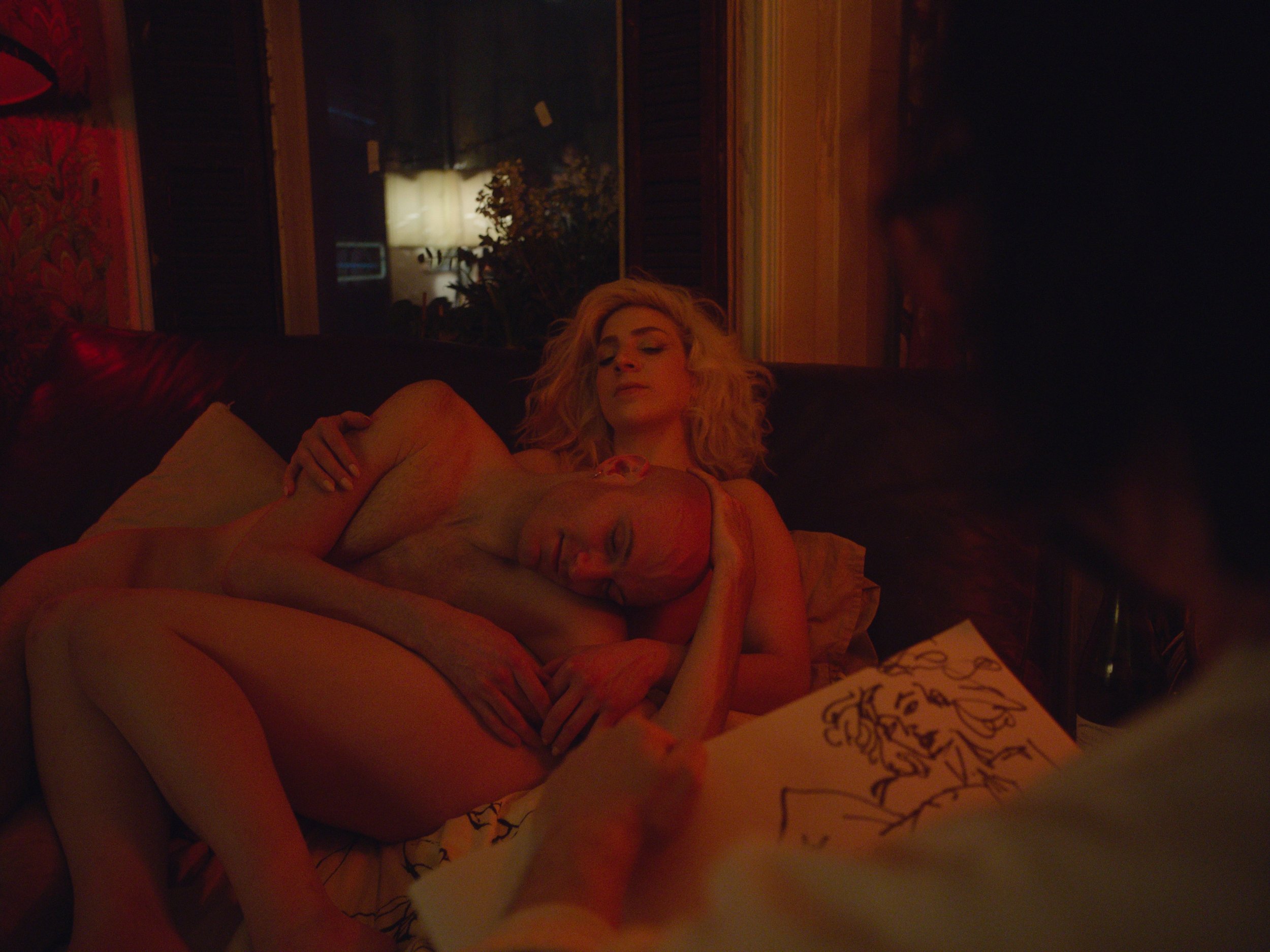 The Chelsea Hotel has a storied history of artistry, creativity, and death. Coming to fame as a place for bohemians to find cheap rent, it grew in notoriety with the deaths of writer Dylan Thomas and Nancy Spungen, a staple in 1970s New York punk. Various poets and musicians littered the halls of the hotel, given a renaissance when Patti Smith’s Just Kids became a must-read.

Directors Amélie van Elmbt and Maya Duverdier’s documentary explores a specific part of the hotel’s history––the last 10 years of its existence marred by a construction project that has lasted throughout that duration, an attempt by new owners to modernize the spaces that were home to not-yet-famous artists. Van Elmbt and Duverdier focus on the ghosts of this place, projecting old videos of past tenants onto the bare, cracked walls of each half-finished apartment. The feeling of this place, one deserving of reverence according to the filmmakers, has changed; it’s been stripped of what made it special.

Few tenants exist as the only remnants of the old Chelsea Hotel. Though it isn’t accepting new long-term residents, those living in apartments were allowed to still rent their rooms through the remodeling process. These tenants, most of whom have lived in the building for 25-plus years, talk about their times in the building, their experiences with the construction, and their futures, most of which seem shorter than one might hope. Because of this, a bleak sentiment runs through the Martin Scorsese-backed documentary—a collective depressive state of existence for these dancers and painters that used to find solace in the community surrounding their homes. That community has been turned into hard hats and unforgiving landlords.

The tenants talk about this reconstruction in graphic terms. Each time the doc is buoyed by some of their art it’s brought back to a commercialized, uncaring reality. One person even calls the changes “a slow-motion rape of the building… something brutal to watch.” And that sentiment seems to be shared amongst the remaining few, a group of leftovers from a previous era filled with excitement and potential. They believe an energy still inhabits the hotel––a belief not shared by the owners and upper management. As they describe, the roots remain deep even when the grande oak tree has been chopped down.

The documentary, like the hotel it depicts, is gutting. There’s an undeniable sadness watching these residents, most needing support to walk and move around, lose the place they’ve called home. The Chelsea Hotel remains a New York City landmark, designated as a historic place half a century ago. But that history seems in danger of being forgotten, and Dreaming Walls wants us all to remember. It wants to be a reminder of the verve within the Chelsea, the sheer amount of art that burst within its walls.

Part of van Elmbt and Duverdier, along with the renters, know that a section of this history is already a memory. A few of the interviewees have passed since the making of Dreaming Walls, making them part of the fabric of the hotel’s history. They join in the memory that’s slowly being erased, their art and their accomplishments left in their old rooms. Take Bettina Grossman, a reclusive artist and the Hotel’s oldest resident until she died in 2021 at 94. Unheralded for large swaths of her life, she became semi-famous in smaller artistic circles, her work featured at MOMA and MOMA PS1. But she was a fixture at the Chelsea Hotel, someone known by all. As others move out or pass on, will they be memorialized or will they be forgotten? Now that the halls will be filled with tourists and out-of-towners, who’s to remember the kineticism of this place? Dreaming Walls—a moving, devastating piece of filmmaking—isn’t sure of the answer.

Dreaming Walls: Inside the Chelsea Hotel screened at the Tribeca Film Festival and opens on July 8 in theaters and on VOD.