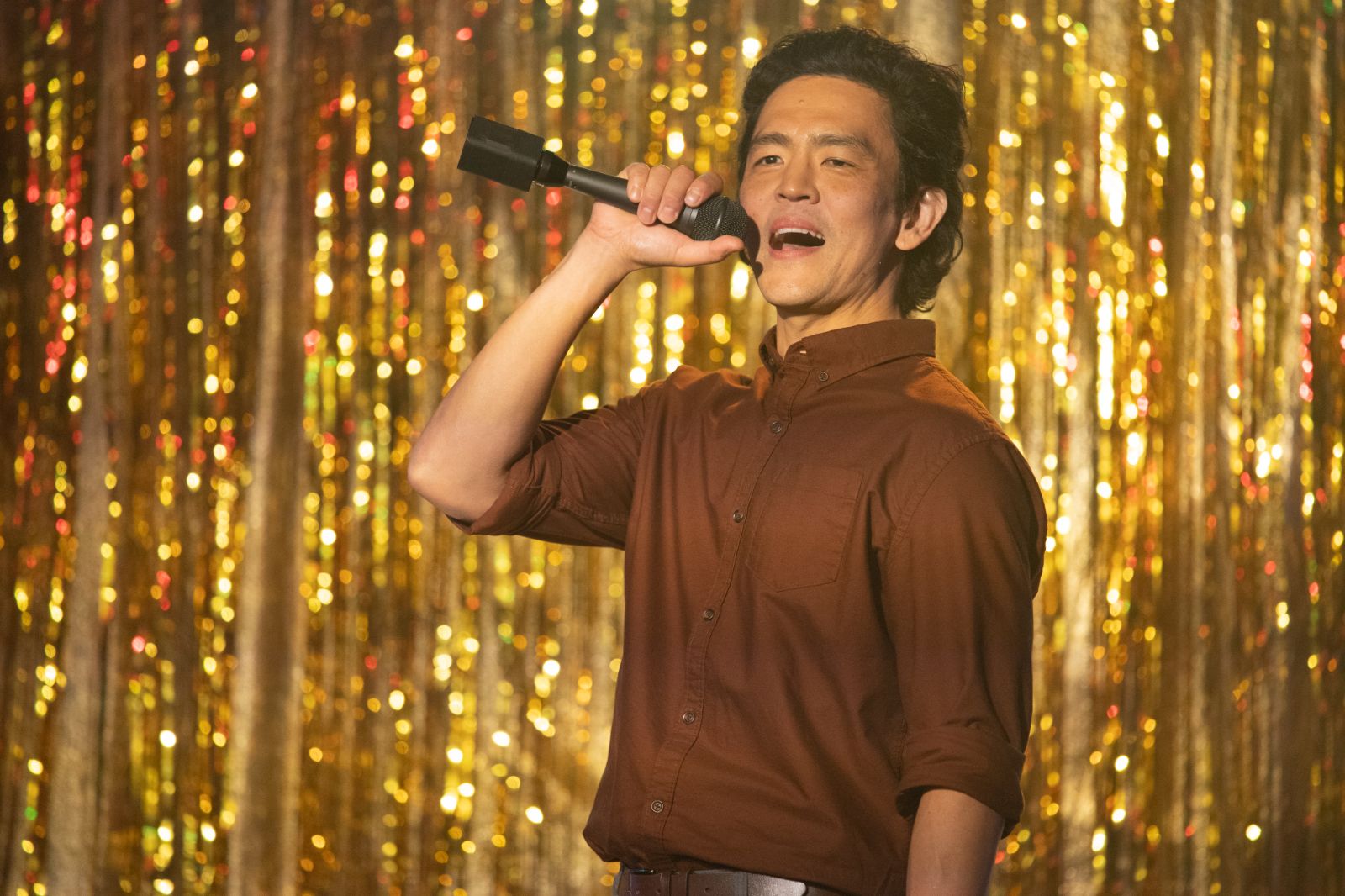 Don’t Make Me Go matches John Cho with Mia Isaac for a father-daughter road trip across the states. From director Hannah Marks and screenwriter Vera Herbert, the film hits familiar beats for its nearly two-hour runtime, allowing Cho and Isaac to present their acting chops, build rapport, and show off emotional chemistry. Both give committed, strong performances in a project desperately hoping to buck clichés before sabotaging all its legwork with a third-act twist.

Marks, a director with a style and singularity, doesn’t give this story the jolt it needs. Rather, Herbert’s Black List script falls short time and again, trying to prove its different from other movies in this genre. It’s a step down for the young filmmaker, whose previous films Banana Split and Mark, Mary & Some Other People feature a sharper script, more defined vision, and sense of pure creativity. Her latest is down-the-middle, more by-the-book, returning to conventions of road-trip films and cancer stories and father-daughter relationships. It’s lacking flair, something Marks certainly has shown in the past.

Max (Cho), a single father, and Wally (Park), his teenage daughter, spend the duration driving to the former’s college reunion and attempting to find the latter’s mother. Max has a terminal illness with a shot at living that he doesn’t want to risk. Wally, like any teenager, remains defiant and unsure of her own future, balancing an overbearing father and her fleeting romance with a boy in her grade who happens to be a real piece of work, asking her for nude photos with every other text message.

Together they comprise the overwhelming majority of Marks’s film, and despite the believability of their relationship they cannot seem to interact with the rest of the world. Max keeps up a fling with the younger Annie (Kaya Scodelario), and each of Wally’s interactions seem manufactured by a robotic script following a teen movie algorithm. Max and Annie are drawn to one another by the idea that they’re needed in each other’s lives, yet the basis for that belief goes unexplored. Max needs any support in his time of sickness, while Annie’s character gets little-to-no backstory. She’s simply a stand-in—she could have any name or any personality—a person to break up the main plot of the road trip.

Cho and Isaac give it their best effort, the veteran actor showing another reason to put him near the top of his class; he continues crafting great performances and fits comfortably into this new era of father-figure roles. Isaac feels like a teenager, a compliment that might seem trite but is absolutely necessary in a film resting on these two’s bond, or lack thereof. She’s frustrated, annoyed, carefree, unknowing, self-conscious, and impulsive—a teenager.

Emotional beats often work due to Cho and Isaac’s chemistry. Their conversations about life, love, and dancing have resonance and relatability, and most audience members will feel a sense of investment in how this story ends—until the ending that plays like a YA novel with a half-baked third act. It’s likely people will make the mistake of thinking this was an adaptation of a popular book, one of those novels seen in airports and picked up by parents and teens looking to throw it away after their vacation ends.

Cho, Isaac, and a cameo from Jemaine Clement become bright spots in a film trying too hard to buck trends of other road-trip journeys while ultimately falling into similar traps. Life lessons and karaoke songs go to waste with the talent of a cast too good for this story.

Don’t Make Me Go screened at the Tribeca Festival and arrives on Prime Video on July 15.