Tribeca Review: Aisha is a Minor But Impactful Work of Social Realism 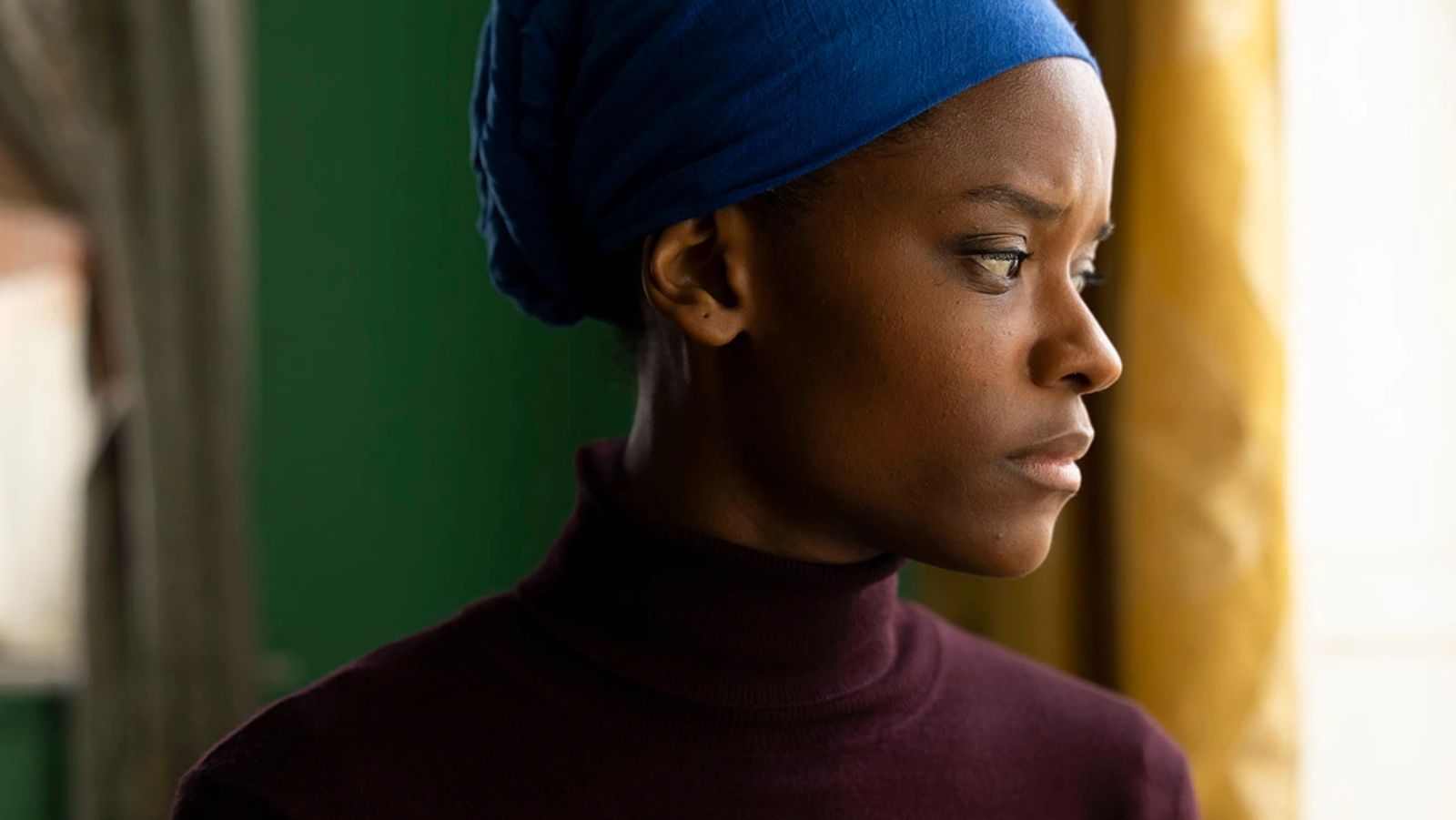 Roger Ebert once said movies are like a machine that generates empathy. Such is the third feature by Frank Berry (Michael Inside, I Used to Live Here). Following in the tradition of social realism of his previous features, Aisha simply watches and observes the breakdown of Ireland’s asylum-based immigration system as Nigerian immigrant Aisha (Letitia Wright) is forced to make her case over and over again, even after having to make an unthinkable choice in the film’s third act.

Working in a mode of social realism that recalls the understated frustration of a filmmaker like Ken Loach, Barry and cinematographer Tom Comfort hold on Wright’s face as she goes about navigating a system that includes boarding houses (called “Accommodation Centres”) and an immigration system that automatically defaults to whatever they’re told are the norms of the country an asylum seeker is trying to avoid.

Smuggled into Ireland at a significant cost to her family, Aisha doesn’t quite fit the mold. She is married, educated, and yet trapped between two nations. Her brother and father are murdered by gangsters after her father borrows money he can’t repay. After Aisha is sexually assaulted by these men, her mother agrees to sell their furniture to get her to safety in Ireland before she goes into hiding in Lagos. It is a story she’s encouraged to flesh out for immigration officials by her lawyer Sean Collins (Paul Murphy), much to her discomfort.

Arriving in Ireland, Aisha’s prospects are limited, though she initially finds work as a hairdresser. At her first home she runs into conflict with the head of the house (Corey Millar) after asking a worker to microwave halal food for her when she doubts the house’s halal certification. She’s not given much of a choice but does find a sympathetic friend in the house’s security officer Conor (Josh O’Connor), himself a man with a history of baggage.

Based on interviews with asylum seekers in Ireland, Aisha is an impactful yet minor work of social realism that takes a restrained approach towards telling a story that feels authentic; Berry doesn’t impose external artificialities as one might fear based upon Aisha’s friendship with Conor. It simply observes, building empathy as Wright’s Aisha navigates several bureaucratic hurtles and a system that’s designed to protect itself rather than provide safety to those seeking asylum. Bounced from one Accommodation Centre to another, she receives nearly no emotional support along the way, at one point begging simply for safety from those that treat her claims with skepticism.

Berry proposes no easy solutions, instead documenting the story of a good woman caught in a situation without no easy outcome as she’s moved from the city center to a rural camp with few prospects for meaningful employment. Aisha has several harrowing moments, often captured with an emphatic restrain that keeps the focus squarely on her journey. In one moment early on, friends are forcefully removed from the country by authorities and cling to Aisha. It is not her time to leave and the camera holds as she reacts and pleads the case of those very close to having met some qualifications to remain.

It resists obvious tropes, instead proving how despite Aisha is to remain in the country. Wright commands attention with a restrained, nuanced performance that embodies Aisha’s tragic past while also giving her a resolve and determination that feels real. She, after all, can only express herself in a broken and condensed form of English that those who are making decisions about her future read as somewhat cold and artificial.

An exploration of complex ideas with welcome nuance, Aisha is a film that doesn’t show off or tug too hard at the heartstrings; instead it offers analysis of a system set up to fail those it could and should help. It is hard to say if the film will change hearts and minds as debates rage onward in Ireland and beyond regarding asylum and pathways to citizenship. Aisha, while sympathetic, doesn’t easily fit the asylum-seeker model, remaining uninterested in packaging her “story” into a mold for public consumption. All the more reason to make this film––it may not solve a flawed immigration process, but it gives voice to those caught in the middle who may not be particularly good at telling their story.