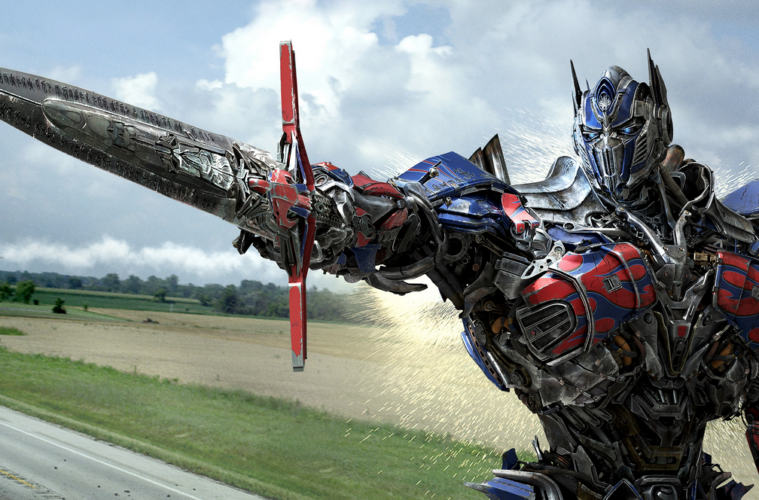 ‘Transformers: The Premake’ Examines the Hype Machine of Modern-Day Hollywood

Pre-release hype can often feel over-bearing, and certainly given the amount of ways one can advertise these days, giant tentpole releases can feel less like films and more like an inevitable conclusion to a market plan. Case and point: someone compiled all the footage from the various trailers and teasers for 2012’s The Amazing Spider-Man and turned it into a 25-minute trailer. What is the point of the movie then?

Thank goodness for Kevin B. Lee, one of the most accomplished video essayists currently working in the genre today, who has harnessed the power of pre-release hype of Transformers: Age of Extinction for good. Transformers: The Premake is Lee’s attempt to take the amateur videos of the footage and investigate its history and distribution, as well as facets of globalization in the current Hollywood era. Lee expressed interest in doing a project like this when I interviewed him in January of 2013, and I am glad he has done so. Transformers: The Premake is like an Internet-fueled version of Los Angeles Plays Itself — using the power of private and public space (both physical and digital) to examine modern-day Hollywood.

The 25-minute short plays through Lee’s MacBook, as he opens various footage he has shot, but mostly from YouTube, of amateurs recording the production of the film in Chicago, Detroit, Texas, and parts of China. Lee doesn’t just look at the proliferation of these videos of people awkwardly standing before finally running from controlled explosions, but also questions the use of labor in creating these. As he later comes to investigate, these “amateur” home videos might not be so amateur at all, especially when it comes to the all-too-controlled video-sharing sites like Youku and M1905 in China.

China, of course, becomes a large part of Lee’s examination of contemporary Hollywood and how films are financed. Lee features a number of Chinese news outlets discussing the role of China in Age of Extinction, including four major stars and as one video points out, a Chinese influence in the CG-art direction of the film’s major Dinobots. In one interview, Bay insists he exerted the complete creative decision to want to film and use China as a major element, but it’s hard to believe that even an “auteur” like himself is not beholden to certain powers.

Transformers: The Premake is a simple short, in many ways — it is using the ripples of a single Hollywood production to make us aware of the major factors that go into Hollywood today. Lee is a craftsman of the digital age, using his MacBook desktop as a canvas to load what seems like thousands of videos to trace the ever-growing web of this product. Of course, he’s also not beyond simple pleasures, featuring a video where an old woman in Southern China asks her son behind the camera what exactly 3D means while they wait for a series of extras to run from an explosion. When it’s all too easy to think about the image that finally arrives on screen, Lee’s film updates the questions to the 21st century in thinking of how they got there in the first place.

Watch the short below, available in full or split up into five distinct sections: