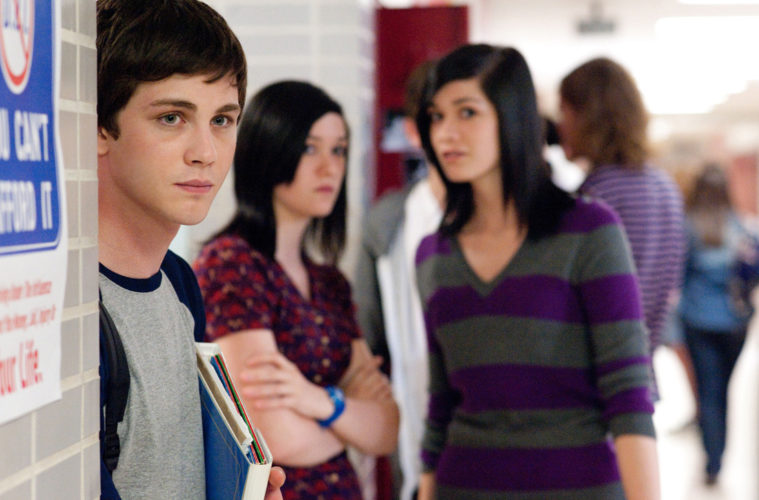 Trailer & Poster For ‘The Perks of Being a Wallflower’ With Logan Lerman, Emma Watson and Ezra Miller Fans of Stephen Chbosky‘s acclaimed novel The Perks of Being a Wallflower have a major treat tonight, as the first trailer for the adaptation premiered at the MTV Movie Awards. They’ve made it available online and as someone who hasn’t read the book, it looks like a decent coming-of-age story. Directed by Chbosky himself, I’m most interested in seeing such an impressive ensemble, with Ezra Miller (We Need To Talk About Kevin, Afterschool) playing something very different from his usual dark, reserved roles. Along with Logan Lerman, Emma Watson, Paul Rudd, Mae Whitman, Melanie Lynskey, Kate Walsh, Dylan McDermott, Johnny Simmons and Nicholas Braun, this one features a great mix of up-and-coming young actors. Check out the trailer below via MTV, along with the first poster. The Perks of Being a Wallflower hits theaters on September 14th.