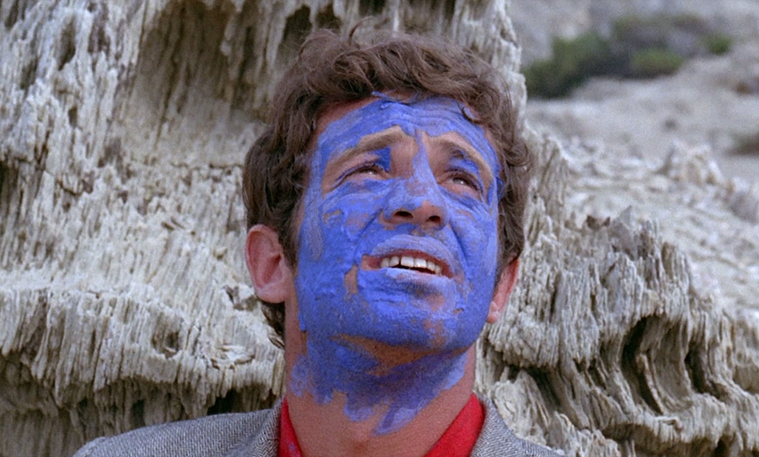 With the Blu-ray long out-of-print, it’s high time that Jean-Luc Godard‘s early-career masterwork Pierrot le Fou again be seen in its full glory. (That we even have to say “again” when a perfectly good edition was previously available is… well, we are where we are.) Fulfilling that task is Rialto Pictures, a company that’s done a good deal to restore classic cinema of yesteryear. While obviously not a perfect indicator of how this will look when eventually projected on a big screen, the trailer for their restoration shows off an impressive range for capturing the film’s particular colors and movement — two things that anybody handling the material absolutely must get right. Let’s hope the theatrical roll-out leads to another proper home-video outing.

While waiting, get your Godard fix with two videos exploring the significance of his work and the ideology that drives it. First is the video essay Breathless: How World War II Changed Cinema, which, despite its unnecessary Tarantino fixation, is a nice distillation of the ways history shaped Godard — and, by extension, the way Godard would forge his own. (And, look: film theory!) Of strong interest, too, is a fifteen-minute conversation that the man shared with Robert Bresson on the subject of Au Hasard Balthazar. While the latter has far and away the most room to expound on personal philosophy, the solitary, shot-reverse-shot style makes this a direct address from either, and only benefits in turn.