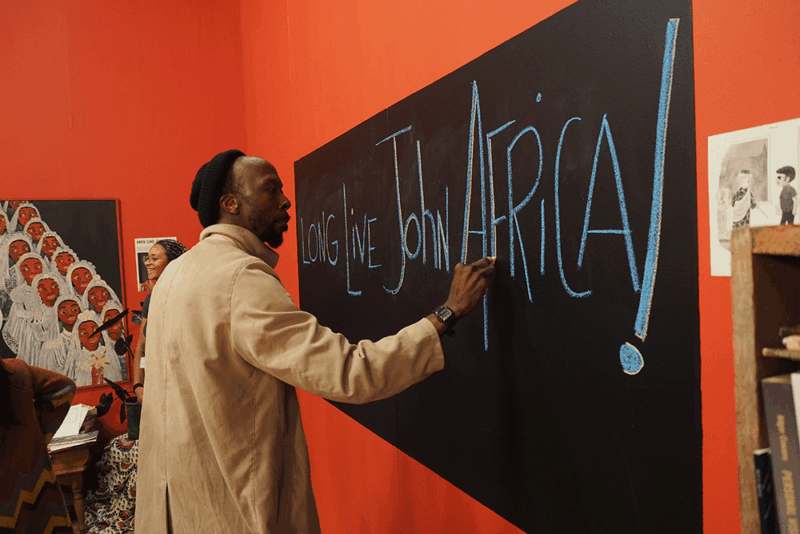 A breakout hit of last year’s fall-festival circuit, Ephraim Asili’s The Inheritance shocked audiences with its Godardian-comedic vision of a Black collective living under one west Philadelphia roof. Shot on 16mm and absolutely vibrant with color, the movie is equal parts stimulating and upsetting—within its confines is documentary footage of the Philadelphia liberation group MOVE, who were victim of a police bombing in 1985. It arrives on March 12 via Grasshopper Film, who have debuted a trailer.

Doing well to capture the thrust of Asili’s project, said trailer is a forceful meeting of music, activists, testimonials, the bombing itself. It’s one of the 40 best movies we’ve already seen this year but sure to endure further—a sign of what’s to come from major new talent.

The Inheritance opens on March 12.