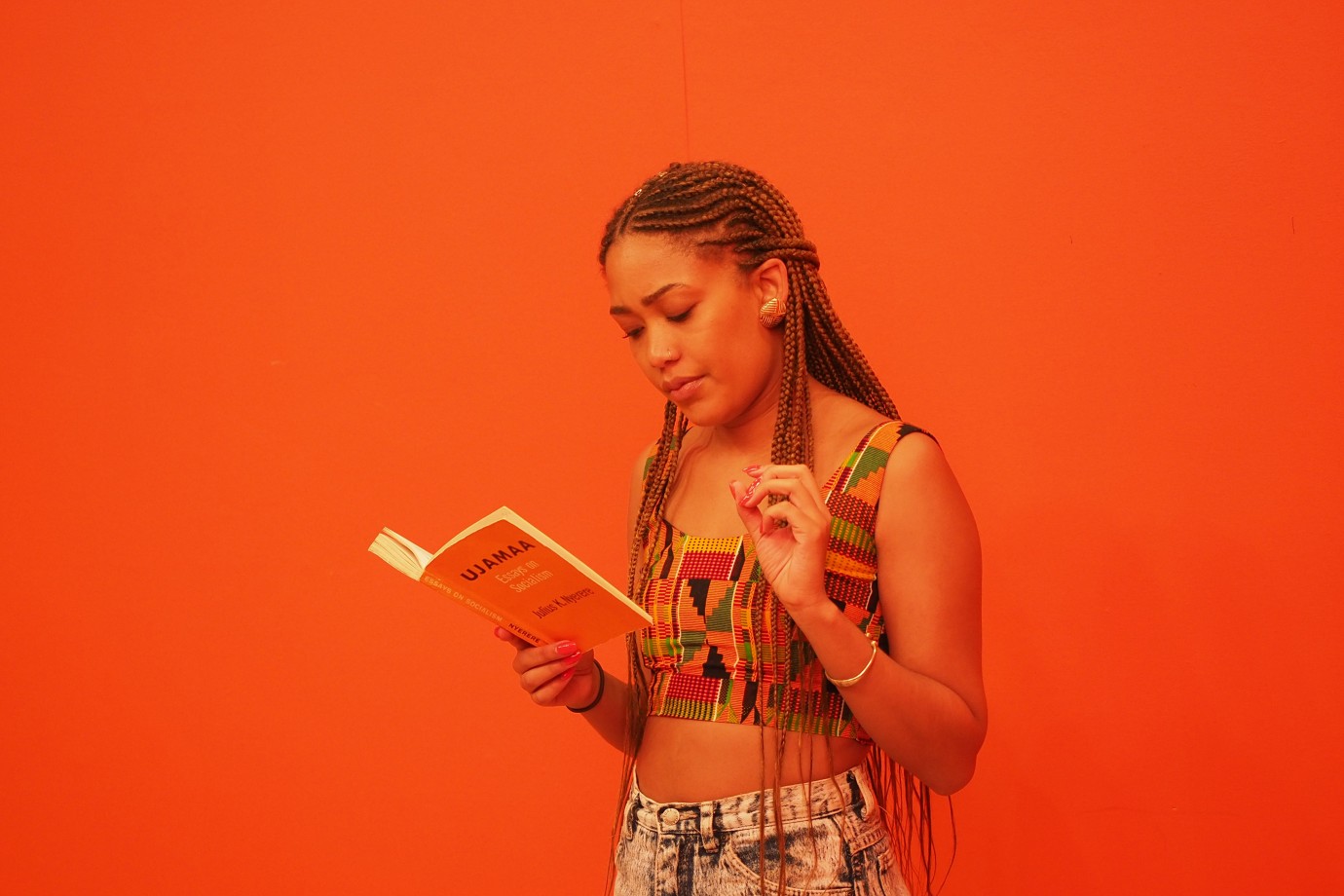 History, art, ideology, and love make up the four pillars of Ephraim Asili’s The Inheritance, a thrillingly alive debut feature that resides both inside the square rooms of a West Philadelphia house and outside the boundaries of genre. As its title suggests, to assume the past experiences, lessons, and artistic creations of others can be liberating. But there’s also great personal responsibility to pass on that knowledge in some productive way.

With every jarring cut, temporal jump, and splash of vibrant color, Asili seems to be asking one central question: what do we do with the brimming feelings accumulated from learning about tragic events, listening to social justice leaders, experiencing the poems of living legends, and hearing live music? It’s a central conundrum facing young people immediately after experiencing a genuine moment of epiphany.

That sense of untapped energy fuels the scripted drama about a group of Black activists trying to personally and politically co-exist while living under the same roof. But The Inheritance is also a living memory of Black and Socialist art, history, and sacrifice, symbolized through montages of book and album covers, posters, sculptures, and paintings that line the interiors (including a massive one sheet of Godard’s La Chinoise).

It also uses documentary to examine the history of local police violence against MOVE, one of Philadelphia’s most respected Black liberation groups, most notably via archival footage and interviews surrounding the deadly 1985 bombing that killed 11 members. Aesthetic tensions between these cinematic modes initially demand the viewer to be as active a participant as the young people on screen. But Asili’s approach is never alienating, and in fact becomes more lucid and at peace with itself as the film progresses, à la the soulful poetry by Sonia Sanchez or Max Roach’s record “We Insist” featuring Abbey Lincoln’s harrowing vocals.

While surrounding themselves with artifacts and relics of Black pride, culture, and activism, Asili’s twentysomethings still find a way to bicker about small grievances, flirt, and get themselves into embarrassing situations that would seem more at home in an episode of The Real World.  It’s an incredible balancing act of tones that makes The Inheritance a consistently vital endeavor—funny, righteous, and empathetic in the same breath.

The throughline connecting every fabric is the idea that revolution, filmmaking, curation, even friendship take a great amount of work and upkeep to stay alive. In something as small as the group’s memorable discussion about consensus—or a more weighty moment like the extended sequence featuring founding members of MOVE speaking after recently being released from prison—Asili celebrates an innate fervor that drives certain people to endure despite constant setbacks of disappointment and injustice.

But like anyone who’s spent countless hours making something (anything) happen, Asili knows the most profound gift any of us can give is our labor, both mental and physical. In the perfect final shot we see an honest, monotonous depiction of the latter after 100 minutes of basking in the intoxicating glow of the former. Unquestionably one of this year’s great films, The Inheritance seeks to position them both on equal planes of historical and individual experience, one invariably informing the other.

The Inheritance opens in Virtual Cinemas on Friday, March 12.