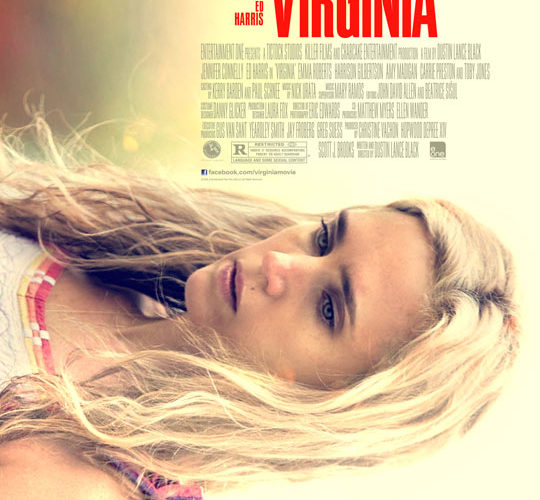 It’s been nearly 20 months since I saw the first screening of Oscar-winner Dustin Lance Black‘s directorial debut, then titled What’s Wrong With Virginia. Premiering at TIFF 2010 to tepid response, the film has gone through more than just a title change. Now streamlined as just Virginia, the Milk and J. Edgar screenwriter has done a complete re-edit the film. I can’t speak to the quality of its current state, but what I saw had a occasionally strong, if unbalanced lead performance from Jennifer Connelly and the rest was a tonal mess.

We’ve got a debut trailer today which certainly packs a lot more energy than what I saw, but then again, that’s what marketing is for. Here’s hoping Black has at least improved with this cut. Check it out below via Apple, along with a poster, for the film also starring Harrison Gilbertson, Ed Harris, Emma Roberts, Amy Madigan, Yeardley Smith and Toby Jones. Written and directed by Dustin Lance Black (MILK), VIRGINIA stars Jennifer Connelly in the title role as a beautiful yet unhinged single mother who struggles to raise her son Emmett (Harrison Gilbertson) while dreaming of escaping her small Southern boardwalk town. Her long time affair with the very married, Mormon Sheriff Richard Tipton (Ed Harris) is thrown into question when he decides to run for public office. Things are further complicated when Emmett begins a romantic relationship with Tipton’s daughter (Emma Roberts). Virginia and the town–populated by Amy Madigan, Toby Jones, Yeardley Smith–are full of secrets and everyone knows Virginia can only keep things together for so long. VIRGINIA is a funny, touching drama that looks at the American Dream and what it takes to keep it together.