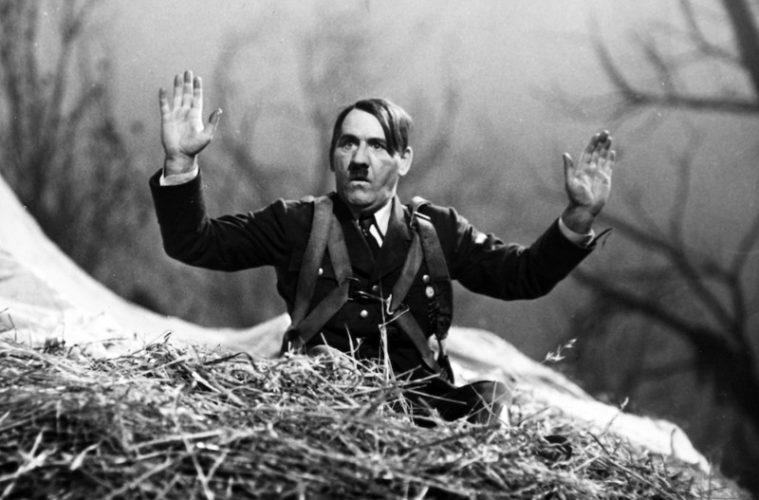 ‘To Be or Not to Be’: Ernst Lubitsch’s Comedy of (T)Errors

Ernst Lubitsch’s To Be or Not to Be, that controversial World War II farce/satire/dark comedy about a group of ham actors who go on a mission to save Polish resistance from the Gestapo – and, in the course of doing so, ridicule the Nazi war machine as well as Adolf Hitler himself – recently turned 75, and is one of those films that age like good wine.

“Shall we drink to a blitzkrieg?” seems precisely the kind of question you should not put into one of your actors’ mouth in a farcical comedy shot at the beginning of 1940s, when the Nazis were gradually turning Europe into a wasteland. “I prefer a slow encirclement” would be, then, a perfect illustration of a witty repartee every director making movies at that time ought to stay away from. Yet Ernst Lubitsch, that German virtuoso of sophisticated American comedy who taught millions of viewers how to use allusion, innuendo, and pointed satire with elegance and style, made his To Be or Not to Be a film searing with this type of humor — the one so multilayered that it makes you react in one way, then leads to the realization that what you laughed at was only the tip of the iceberg. Or that invades your senses with a seemingly exploitative or tasteless gag that proves playful only after you delve deeper into its meaning.

Doesn’t make any sense? It does seem a bit dry on paper. But try watching one of Lubitsch’s comedic masterpieces, including To Be or Not to Be or his cinematic evergreen Ninotchka, co-written by Billy Wilder, and you will be immersed in a world of sophisticated comedy of the “they don’t make them like this anymore” variety. To Be or Not to Be is a film with lots of intellectual banter, clever references, numerous farcical disguises, cultural insults, sexual undertones, and morbidly funny gags at the expense of the Nazis — including the one with two soldiers jumping out of a plane without parachutes because the Fuhrer said so. Oh, and dozens of Hitler jokes, including the running one that goes: “They named a brandy after Napoleon, they made a herring out of Bismarck, and the Fuhrer is going to end up as a piece of cheese!”

If you are offended only from reading this, you probably should not see To Be or Not to Be, but know this: Lubitsch was not a callous hack of a director aiming at the money and controversy, and he did not intend to disrespect anyone fighting for freedom and saving the lives of others. Far from it. This was actually his idiosyncractic tribute to all of them. Why such a form? Lubitsch thought laughter was sometimes the only way of dealing with traumatic events, or simply a starting point to a discussion. Because he strongly believed that the United States’ rigid neutrality stance is not the right path, and wanted to address this issue with what he was best at. Because he regarded cinema as a way of expressing most complex ideas in a manner that is simple and clear to all who want to listen. And because of many other things.

The truth is, had he done To Be or Not to Be two years earlier, he could have competed with Chaplin’s The Great Dictator, another masterpiece of uneasy comedy aimed at ridiculing the Nazis and appealing to the good side of humanity. Yet Lubitsch made his film, probably his last truly great one, at the end of 1941, just before the attack on Pearl Harbor led the United States to join the war while American filmmakers were encouraged to enhance the patriotic mood and be more responsible with how they presented their cinematic stories. And it was released just after the tragic death in an airplane crash of Carole Lombard, then 33, the film’s female star. Needless to say, cinemagoers were not in the mood to laugh at war, they did not flood the theaters, and the critics were not amused at what they saw as a piece of fluff entertainment. This started to change slightly during the following years, and ultimately led To Be or Not to Be’s commercial profitability. More important, though, is that the film found an increasingly large group of admirers who saw it for what it was, eventually hailing it as a masterpiece.

Nowadays, after we have lived through several decades of dark satires and are able to fully appreciate their complexity and imaginative execution, it is especially difficult not to admire how Lubitsch made a trailblazing lighthearted war comedy out of such horrifying events. (The jumping-from-a-plane gag looks more akin to a ZAZ spoof than anything else.) And it is quite impossible not to marvel at To Be or Not to Be’s verbal beauty. “What he did to Shakespeare,” says a Gestapo officer about an actor he disliked, “we are doing now to Poland,” without ever being tasteless. “I can drop three tons of dynamite in two minutes,” boasts a young Polish aviator to a woman, unaware that his romantic comment just made the erotically inclined viewers giggle with joy. “Heil Hitler!” shouts one actor playing a German officer, to which his colleague impersonating the Fuhrer responds subversively “Heil me!” And then there’s the scene in which Carole Lombard’s Maria wants to play a concentration-camp sequence in a stunning dress to outshine her husband Joseph (Jack Benny, perfectly cast). And then there’s… you know, just watch the film and see for yourself.

In going with To Be or Not to Be where nobody except Chaplin dared, Lubitsch did us a great favor. It may have not been appreciated or understood at the time of its premiere — in that sense proving a slow encirclement, not a blitzkrieg — but today it is crystal-clear why the film deserves its canonization. We can admire it, and laugh at it, and learn from it. Just perfect.

To Be or Not to Be screens at Film Forum on April 23 and is available on The Criterion Collection.