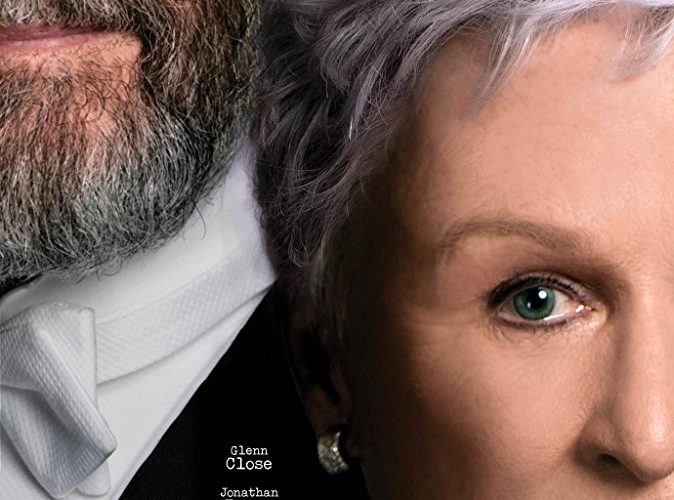 TIFF Review: ‘The Wife’ Provides Glenn Close with One of Her Finest Performances

Playing Joan, the wife of a newly-announced Nobel Prize-winning novelist Joseph (Jonathan Pryce) whose career she has supported while setting her own ambitions aside, Glenn Close gives one of her finest performances in Björn Runge’s latest feature. The actress is magnificent and exudes a hypnotic screen presence in the affecting drama, aptly titled The Wife.

Runge’s film opens as the couple first receive news that Joseph has won the prize. They jump up and down on the bed like giddy children as he chants “I won the Nobel Prize.” As the significance sinks in and the full implications bear down, Joan abruptly stops celebrating and leaves the room. Things don’t get any better once they arrive in Sweden in preparation for Stockholm ceremony. Joan is clearly deeply annoyed by something and we can only guess what.

As more and more troubling details gradually spill forth, we learn more about their lives together and it’s not a pretty picture. Her husband has been self-obsessed partner, an inattentive father, and has had a string of affairs over the years — and those deficiencies don’t even scratch the surface. Complicating a tense situation further, an aggressive biographer who’s intent on chronicling Joe’s life (a stand-out Christian Slater) has stalked them all the way to Stockholm. He knows this couple’s biggest secret and is threatening to expose it.

As fraught with drama as this powder keg of heightened circumstances may be, make no mistake, The Wife is more than an actor’s showcase. The film itself is superb, a ticking time-bomb of simmering tension which benefits from the audience knowing as little as possible in advance. A rare female-driven film that seems to genuinely understand the psychology of the sex, you might guess that it was conceived by a woman — and you’d be right, twice.

Screenwriter Jane Anderson has adapted the novel by Meg Wolitzer with a striking nuance and wealth of subtle shadings that reveal the slow peeling back to the film’s core mystery. Pryce, in a reprehensibly villainous role, has possibly never been better, but it’s Close who commands the film with a rich performance. When Joan is not lacerating her husband with volleys of icy precision, she manifests a lifetime of rage and frustration with a silence that speaks volumes on screen.

With Reversal of Fortune, Dangerous Liaisons, Fatal Attraction, The Big Chill, Damages, and more, Close has fiercely embodied the power of unbridled womanhood, and Joan Castleman feels like the role she was born to play.

The Wife premiered at the Toronto International Film Festival and opens on August 17.