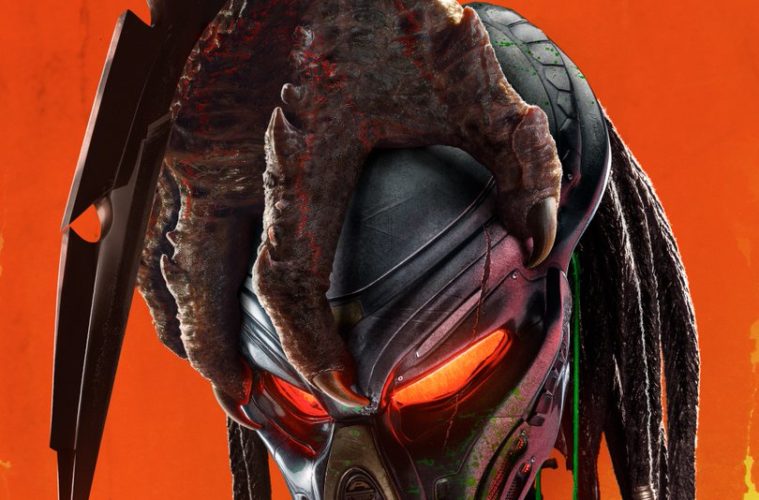 Writer Shane Black had a good year in 1987. He burst onto the action screenwriting scene with Lethal Weapon, co-wrote the cult classic children versus Universal monsters fantasy The Monster Squad with Fred Dekker, and landed a supporting role in the Arnold Schwarzenegger-starring Predator as a team member unwittingly embroiled in a fight against an alien hunter of unfathomable power. It’s therefore only fitting that he’d reunite with Dekker three decades later to direct a new installment in the latter’s oft-returned to franchise. Taking the lore back to its roots (sans Aliens and apparently sans insight into our sending prisoners to the Predators’ planet in 2010), his The Predator looks to capitalize on Hollywood’s dearth of hard-R carnage with an infusion of his trademarked humor.

Like the original’s spaceship fly-by, this entry begins with an unknown battle between mysterious enemies amongst the stars. One opens a rift, transporting to Earth’s orbit before crash landing in the middle of a live US military operation. Unfortunately for sniper Quinn MacKenna (Boyd Holbrook), this means coming face-to-face with the stuff of nightmares. Knowing men way above his pay-grade would be arriving for clean-up soon, he doesn’t dwell on a narrow escape before hightailing it out of ground zero with some alien technology as souvenirs. A quick visit to a Mexican shipping center later and he’s escorted in handcuffs to a black site for debriefing by the comically enthusiastic leader (Sterling K. Brown chewing scenery like never before as Traeger) of a secretive Predator task force. Now the fun begins.

Well, it should be fun since everyone is playing their roles for laughs and succeeding. The problem is that Black’s bid to update what was a very chauvinistic and macho exemplar of dominance in the 80s to a more diverse definition risks losing audience members with his decision to do so in very non-politically correct ways. One: MacKenna’s son Rory (Jacob Tremblay) has a moderately severe case of Asperger’s—the kind that both gives him superhuman intelligence and a bad case of being bullied at every turn. Two: in order to create a scenario wherein MacKenna can be the scapegoat for his team dying in combat (at the hands of a Predator), Traeger throws him in with a bunch of literal headcases.

This motley crew is composed of soldiers who have crossed the line of morality through PTSD. The most “normal” of the bunch (Trevante Rhodes’ Nebraska) introduces the rest as a pyro (Alfie Allen’s Lynch), a kook with no personal boundaries (Augusto Aguilera’s Nettles), the looney funnyman (Keegan-Michael Key’s Coyle), and a loose cannon afflicted with Tourette’s (Thomas Jane’s Baxley). They’re wild and uncouth, resigned to their fate of padded walls and suicide watches. They make light of serious psychological issues many in the military suffer from and we enjoy the crass jokes confidently written under a premise that unhinged characters can tell them without recourse. This is a cheat to deliver the type of comedy that’s long-since fallen out of favor and you’ll feel bad for going along.

It’s a shame because the subversion of the “warrior” concept is a logical progression for the series. But do we need throwaway lines like Dr. Casey Bracket (Olivia Munn) saying that some think “the spectrum” is actually our next evolutionary leap forward? No. Where Black and Dekker go wrong is leaning so heavily on this message. They know they’ve written gags that can be dismissed as insensitive exploitation and are desperate to justify the decision. They didn’t even need to go this route. The franchise has never been known for intentional humor, so why force it in an unnatural way? Coming from a guy known for smart and witty scripts, this fact is all the more disappointing. Black has never seemed like someone who needed cheap tricks to earn an honest smile.

But that’s where we are and you’ll either decide to go along for the ride regardless or check out. I decided to give them the benefit of the doubt, hoping Brown’s visible enjoyment playing the bad guy would rub off and let the others’ performances excel beyond the dialogue. For the most part it does. There are some sketchy moments whenever the cuckoo’s nest has to engage with a woman, but they get to also own up to their fears when confronting their foes (the initial Predator’s much larger Predator adversary from the start arrives with two beastly dogs in tow to keep the action pumping for the duration). This is somewhat of a renaissance for them as it’s been so long since they’ve had something of worth to do out from under Traeger’s hubristically corrupted thumb.

In a nutshell: MacKenna’s souvenirs hit his estranged wife’s (Yvonne Strahovski) porch where Rory procures them to activate as though a puzzle. Accidents happen, Traeger discovers the kid’s location, and everyone converges together. There are multiple fights with gruesome carnage and a ton of anonymous death thanks to an expendable special forces team that could never live up to MacKenna’s new and improved misfit elite. The smaller Predator looks great, the dogs and Big Boy more CGI abominations than expertly crafted prosthetics. But it’s all good enough to keep moving forward as those prematurely thought useless rise to the occasion for one last hurrah. Some of the inevitable farewells are even poignant—something that’s better on paper since they all miraculously lose their ticks when game faces go on.

It’s yet another reason to question motivation and ponder what could have been if this was a group of green trainees MacKenna corralled to go above and beyond instead of trauma victims given a shot of adrenaline to move past their issues in the moment with a pretty good chance they won’t be around after it passes. I’ll call it a missed opportunity since the stuff you come to see a Predator movie for is all here. There’s even a little extra intrigue with fresh threads dealing with genetics and intent (the latter punctuated by the pedantic hilarity of pointing out how wrong this moniker is for these creatures). The studio also hopes they have sequel potential if the pre-credits epilogue says anything. These days, however, that doesn’t mean much.

The Predator screened at the Toronto International Film Festival and opens on September 14.