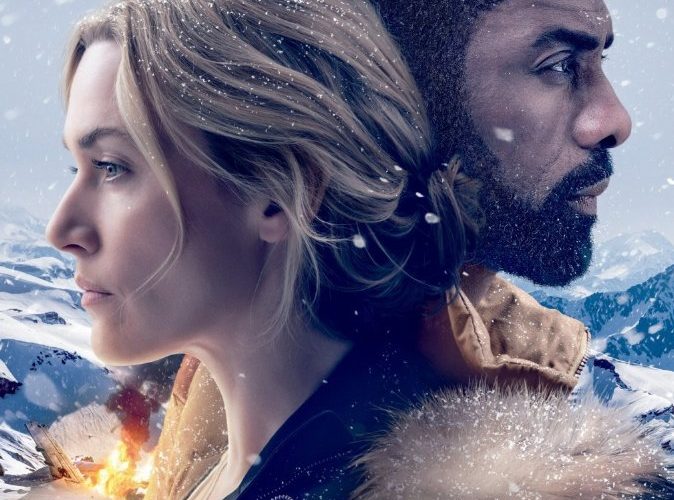 TIFF Review: ‘The Mountain Between Us’ is a Serviceable Survival Story

Kate Winslet and Idris Elba are two formidable actors that exude immaculate on-screen presence. So having both co-star in a film that basically pits them alone for most of the runtime can lead one to assume we’d be in for something special. The Mountain Between Us, adapted from the book by Charles Martin, is not that special movie. The Hollywood debut of Palestinian director Hany Abu-Assad, who made Paradise Now and Omar, turns out to be surprisingly pedantic. Whereas the two aforementioned movies dealt with hefty, substance-driven subject matters, The Mountain Between Us is nothing more than a survival love story set in the far-reaching rocky mountains.

Winslet plays photojournalist Alex and Elba is neurologist Ben. They meet at Salt Lake City airport after their flight is cancelled. Much to their fortune — or lack thereof, it turns out — they meet a pilot (Beau Bridges) that flies them in his private chartered plane. Alex is supposed to be married during the weekend and Ben has to perform emergency surgery on a ten-year-old boy. However, both don’t make it to their destinations as their pilot suffers a stroke mid-air and, in an incredible realized single-shot feat of filmmaking, crashes the plane on desolate, snowy mountainous terrain. This kickstarts the movie’s central plot as Alex and Ben are stuck in the middle of the Rockies fighting for survival.

All they have is a pack of almonds and the pilot’s adorable dog, who manages to escape the crash without a scratch. The same can’t be said for Alex, who has a bruised up face, busted leg, and is most likely concussed. It’s a good thing the man she is stranded with knows a thing or two about medical aid. Ben cares for her and, once recovered, Alex starts to fall for this handsome hunk of a heroic man. The chivalry on display by Elba is meant to swoon, which is not a hard feat for the actor. His bracing good looks and formidable build are ideal traits for him to impose a trait of considerable heroism.

The screenplay by Chris Weitz builds up the erotic tension between the two. There’s a lot of clothed cuddling to stay warm because, when stranded in the Rockies, one must have many conversations by the fire, which are meant to draw the two characters closer and build up their back story. Going down easy and breezy — The Revenant, this is not — Abu-Assad has great visual panache and he envelops the viewer within the snow-filled surroundings to attempt a sort of adult-oriented cinematic escapism. The action sequences are well-realized, with the already aforementioned thriller of a plane crash. Another highlight finds Alex attacked by a mountain cougar with only a flare gun to defend herself with. It turns out you can indeed fight a lethal cat with such a weapon as she shoots and kills the tiger with a shot to the head. A few minutes later the scene cuts to our beautiful leads cooking the dead meat for a delicious supper.

Beaufoy’s screenplay attempts to be a sweeping, profoundly romantic epic set in the Rocky Mountains, but there isn’t much pathos to chew on beyond that basic conceit. For the most part, this is digestible entertainment that follows in the same path that has infused other snowy survival tales such as Everest, Vertical Limit, and Touching the Void. Mandy Walker’s beautifully-lit cinematography makes the scenery at her disposal feel like some kind of snowy wonderland. The isolated setting, as seen through Walker’s photographic eye, adds layers to the romance between Winslet and Elba’s characters, which feels authentic and never far-fetched. The fact that you do care about their being together means Abu-Assad and company have succeeded, at the most basic level, what they set out to achieve. If anything, this well-directed, serviceable yarn proves the importance of casting — especially when we’re spending nearly two hours with just two actors.

The Mountain Between Us premiered at the Toronto International Film Festival and opens on October 6.