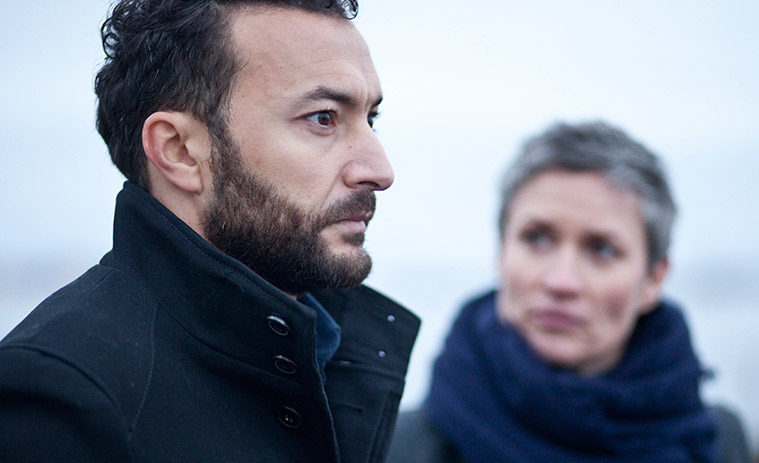 One of the surest ways to ensure fealty in someone is to make them feel as though they belong. Any group that seeks to instill loyalty in its members must first find what is missing in them, and then provide it. So it is when someone looks for something they can do, some place they can go, which will allow them a greater sense of being. Humans are social animals, and they feel most comfortable and most meaningful when they feel at home.

So it is bizarre that most stories of undercover cops “getting in too deep” seem to miss this particular human truth. Most times, if the lawfully-inclined subject of the film is given a motive to question his allegiances, it is because of a personal connection to a specific person. They can still feel in their heart that the very world they have entered is wrong, and that they are not one of these people, but they just need to try to help that one poor soul in which they find an equal.

The Intruder, the engrossing and assured drama by director Shariff Korver, grasps on to this underserved idea and runs with it, creating a film in which the emotional bonds between men become the ultimate source of tension and dread, rather than the threat of imminent violence. Nasrdin Dchar stars as Sam, a policeman in the Netherlands who has done his best to make up for his Moroccan background by becoming what he perceives to be the ultimate citizen. Top of his class in both school and the academy, a marvelous soccer player, and a tenaciously hard worker, Sam nonetheless has a temper and a strong sense of right and wrong, which gets him in to trouble when he puts a wife-beater in the hospital. With charges pressed against him and the threat of expulsion from the force dangling over his head, Sam has little choice but to consent to a risk undercover assignment to take down a ring of drug smugglers who happen to share his ethnic background.

From there the narrative takes off in a fairly predictable direction, with Sam (now known as Said) taking up a new identity and ingratiating himself with a pair of drug farmers/smugglers. One is the trusting and otherwise law-abiding brains, and the other is a hotheaded borderline sociopath. However, once Sam/Said begins to dig himself deeper into their world, he begins to feel a sense of place and belonging he never felt before. Connecting with his otherwise abandoned heritage, he begins to feel a social kinship with these criminals, and comes to desire their friendship and company beyond the call of duty.

The film expertly plays up the way in which Sam’s sense of duty to the police force, as personified by a no nonsense ranking office with a demeanor of pure ice, and his sense of allegiance to his new friends begins to strain him. All of this is on the shoulders of Dchar, who imbues Sam with a strong sense of alienation, and an even greater streak of anger and violence. One of the other virtues of The Intruder is the economy of storytelling on display. Sam has a sick mother at home and a simmering romantic connection with one of his the sister of one of his criminal compatriots, and yet these ancillary story lines are used more for color and for tone than as added stressors on the story’s arc. At the end of the day, this remains a film about a man finding himself in an unlikely way, and beginning to feel the sense of peril at the thought of the moment when his two lives collide.

At the end, it all comes down to a question of the stronger emotional: loyalty or love. Loyalty is a case of love subordinated, and to a man like Sam, subordination against his will grows to be an unacceptable proposition.

With a brisk pace, no rough edges, and a directorial style that values substance and dynamism above empty flash, The Intruder stands as both one of the best police movies in quite some time, as well as a stunning reversal of the usual fish-out-of-water tale.

The Intruder premiered at TIFF. See our complete coverage below.