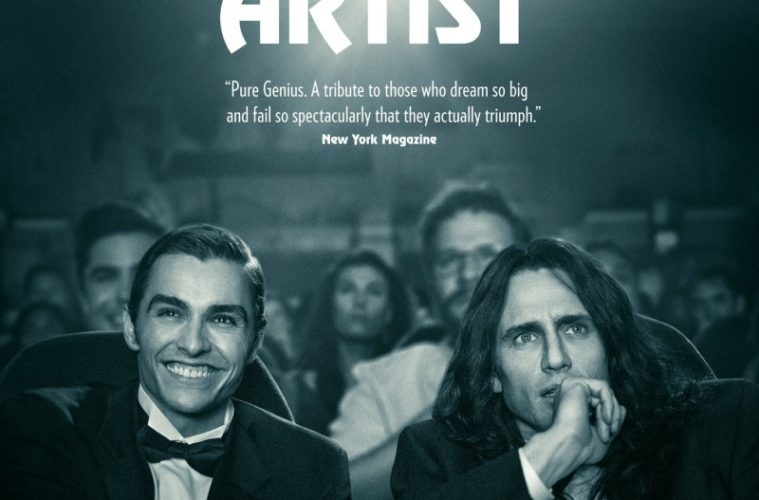 TIFF Review: ‘The Disaster Artist’ is a Love Letter to Bad Cinema

The Room, a film produced, directed, written, and led by “entrepreneur” Tommy Wiseau, was supposed to be his grand artistic statement. What turned out instead was what many consider to one of the very worst movies of all time. In the years since 2003, however, the result was so bad that it has transcended genres to become a cult disaster comedy. The film was so fascinatingly inept that it seemed too good to be true. Were Wiseau’s intentions genuine? Did he really set out to make a good movie? The answer, we found out, was, quite certainly, yes. And that added to the allure and charm of the picture. In depicting its creation with The Disaster Artist, a love letter to bad cinema, James Franco has now created Ed Wood for the 21st century.

The Disaster Artist starts off with documentary-style montage interviews, featuring J.J. Abrams, Adam Scott, and Kevin Smith, among other celebrities, trying to explain to the camera why The Room is so “iconic.” It’s the perfect set-up for the shockingly touching film that follows, focusing on the friendship Wiseau built with his partner in crime Greg Sestero (Dave Franco) as they headed to L.A. in search of stardom. After countless rejections, Wiseau decided to fund his own movie and write his own script, what he dubbed his “masterpiece.” Recreating the on-set production, Franco has old buddies playing the film crew: Josh Hutcherson, Hannibal Buress, and even Zac Efron in a hilarious turn as a hyped-up actor playing a street thug.

With Sestero having written the book on his experience, what we see all come from first-hand accounts of the proceedings, which led to the creation of Wiseau’s self-proclaimed “masterpiece.” Dave Franco is pitch-perfect as Sestero, while Ari Graynor’s Juliette Danielle (the lucky gal to which Wiseau screams the infamous “You’re tearing me apart, Lisa!”) is another gem of casting, and even Jacki Weaver shows up as Carolyn Minnott. Remember the line about breast cancer? Yeah, that was Minnott’s. Seth Rogen is the film’s script supervisor and his reactions to innumerable Wiseau on-set cough-ups are priceless.

The fact that Franco and company have decided to put on a straight face and take the production as seriously as we imagine it was the first go-around helps to bring an endearingly hilarious vibe to the surroundings. Wiseau was an oddball from L.A. whose age, income and nationality (he claimed he was from New Orleans but clearly has an Eastern European accent) were all sources of mystery, and still are. The Room, which was made on a budget of $6 million, all from Wiseau’s deep pockets, has become a cult classic in its own right, with recurring, raucously enjoyable screenings across the world. With The Disaster Artist, we now have the ultimate double feature.

A valentine to movies and an ode to the stinkers which we love and can’t live without, Franco exudes cinematic passion with his finest directorial outing yet. Thanks to his direction and dead-on performance as Wiseau, the whole endeavor feels remarkably efficient. Not just providing a one-note take on an enigmatic person, it captures unexpected layers that we never would have thought existed. The pins were all set up for The Disaster Artist to cheaply knock down, yet it admirably (and hilariously) shows us the passion it takes to create such a memorable piece of art, for better or worse.

The Disaster Artist screened at the Toronto International Film Festival and will be released on December 1.