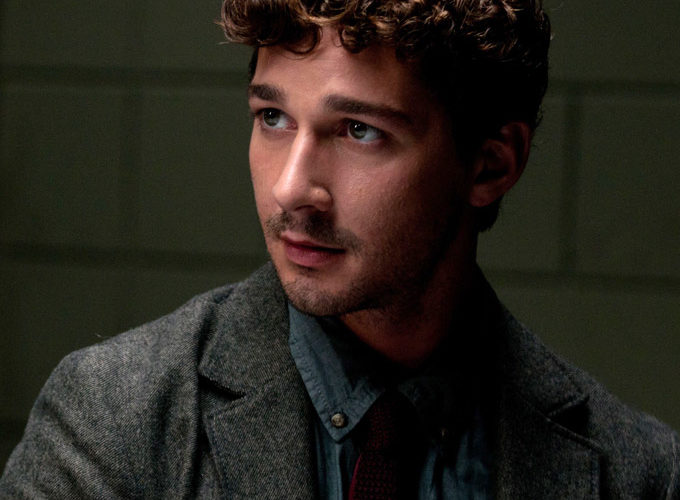 [TIFF Review] The Company You Keep

In Robert Redford and Lem Dobbs‘ adaptation of Neil Gordon‘s novel The Company You Keep, the personal futures fought for by the militant Weather Underground during the Vietnam War risk being destroyed, as the last surviving members of a Bank of Michigan robbery find their past catching up to them after thirty years. Hidden with new identities and normal, domestic lives far from the bombings and murders of a previous era, they’ve begun to take stock and find the guilt of what they did when looking into the eyes of their children. Still stalwart that their ideology was sound, the horrors of their acts become less and less justifiable. Would they have done it again if still single, childless, and inspired? Yes, in a heartbeat. But for most of them, that person died long ago.

This is how the first domino falls. Ready to face the punishment of what she participated in—namely the murder of a security guard at that bank—Sharon Solarz (Susan Sarandon) is caught on a wiretap talking about turning herself in. Before she has the chance, a determined FBI agent named Cornelius (Terrence Howard) swoops in to take her into custody. While unable to keep going herself, she has no intention of revealing the identities of her accomplices. That is up to their consciences. Like our present-day media is wont to do, though, the ambitions of a young local reporter in Albany decides to take it into his own hands. Using sources like an ex-girlfriend (Anna Kendrick‘s Diana) and the lawyer who refused to take Sharon’s case despite agreeing with her politics (Redford’s Jim Grant), Ben Shepard (Shia LaBeouf) starts digging. What he finds is one of the biggest news stories the country has ever seen. With Sharon already arrested, Shepard’s fact gathering unearths a startling truth. Jim Grant is in fact Nick Sloan, another of the Weathermen accused of being at the bank that day. And so begins the tense political thriller’s overlapping plotlines as Sloan goes on the lam after leaving his daughter Isabel (Jackie Evancho) in the care of his brother (Chris Cooper) and Shepard falls further and further down the rabbit hole. Heading to Michigan to speak with the former police chief Henry Osborne (Brendan Gleeson), it isn’t long before Ben discovers the one name that can blow the case and his story wide open. Mimi Lurie (Julie Christie), the one fugitive who is still in the fight after refusing to become a housewife, is the key to unraveling everything.

Redford’s liberal slant is definitely on display as the characters here wax on about oppressive governments and standing firm against them. But while an unsurprising choice for him to get involved with, those politics never overpower the action or the story. At its core, this is entertainment and the twists and turns leading up to Sloan’s inevitable run in with the FBI are what will make or break the whole. Besides a long-winded condoning of her actions (and in effect the Weathermen’s) by Christie, I never found myself being taken out of the film to be taught a lesson. The journey taken by Redford consistently enthralls as he comes across old comrades played by Sam Elliott, Nick Nolte, and Richard Jenkins and LaBeouf’s search for answers starts making him question his own allegiances. Thematically, I found The Company You Keep very similar to Redford’s last film The Conspirator. Both have a morally ambiguous character on trial—whether figuratively or literally—and an indifferent man by their side with the potential to show the world its preconceptions were incorrect. Mary Surratt and Nick Sloan are by no means innocent of wrongdoing, but they may be of the murders for which they are accused. It therefore falls upon Frederick Aiken and Ben Shepard respectively to decide whether their personal beliefs hold more weight than the truth. These films are ultimately about this one concept at their core; the truth is on trial and humanity’s ability to see past conjecture and speculation is the jury.

While a completely fictitious account, author Neil Gordon did do extensive research for his novel to get the period and tone just right. Redford takes great care in doing the same by making sure the politics are real and the performances are fully committed to the cause. Yes, they were terrorists, but they were also young kids scared at what was happening around them. Seeing fellow Americans die for nothing abroad, however, was only the beginning once tensions escalated to college campuses in our own backyard. Looking to bring the war home in order to wake up the complacent citizenry was probably the correct action, but they went too far. And I think we see this truth when looking at Sarandon, Jenkins, and Redford—they all hold regret and hope to do right by the children they will leave behind. The love for a child proves stronger than any other as Shepard untangles the film’s web of surprising secrets. LaBeouf is good in the role—equal parts cocky, charismatic, and ultimately compassionate—playing the foil to Redford’s calculating Sloan and Gleeson’s mysterious retiree sharing much less than he knows. As families begin to intertwine and Shepard falls for a girl caught in the fray (Brit Marling), the details fall into place and the thrill of the hunt finally pays off. It’s a solid film with authentic performances—although Redford may be a tad too old—that delivers on its promise. I can’t say I expected more than that, so there’s no surprise my disappointment level was low. It’s a lot of fun seeing how many familiar faces pop up throughout too. Redford definitely still has clout.