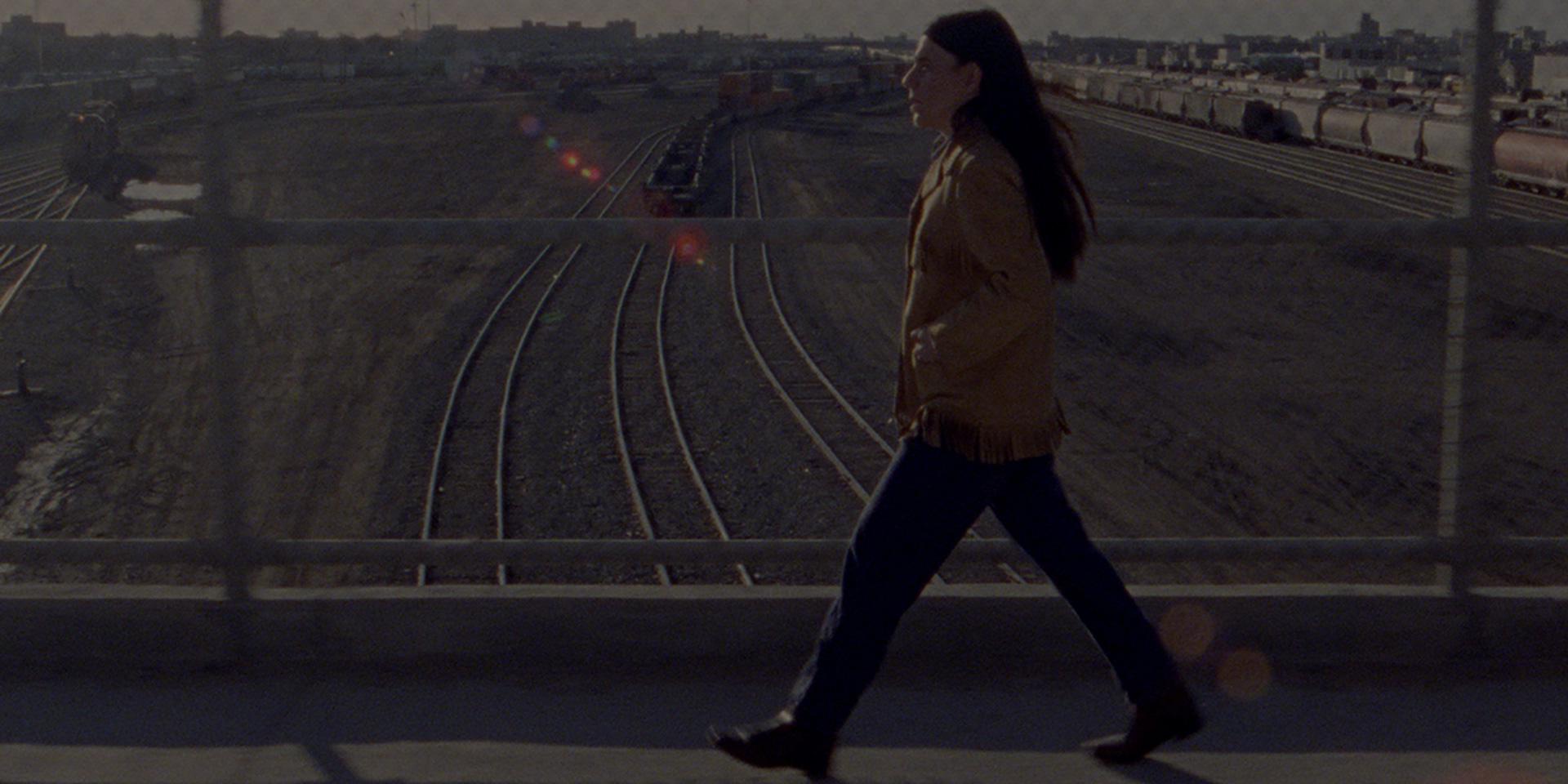 It’s been four years since Renée (Rhéanne Vermette) left home without a word. Four years that her brother Modeste (Jack Theis) and his wife Elenore (Valerie Marion) have spent raising her daughter Athene (Isabelle d’Eschambault) as their own. Their reunion is thus not without its confusion, the little girl suddenly caught between two mothers: one she knows and one she barely remembers. What little does stick in her mind feels different from the woman now set in front of her, too, just as everything else changes around her. Their tight-knit Treaty 1 territory, Métis (mixed indigenous and Euro-American ancestry) community inevitably begins to reminisce about the past. Stories are told, jokes shared, and fears exposed as Renée’s return carries a foreboding air of danger.

The synopsis for Rhayne Vermette’s feature debut—note: despite the film’s credits specifically having both Rhéanne and Rhayne listed, they are the same person with Rhéanne being Rhayne’s birth name—Ste. Anne is as simple as that on paper. A woman returns home, nobody is sure what it means, and they all attempt to reconcile their present and past to form a future that benefits all. There are allusions to the internal struggle between heritage, the notion of land ownership, and reclamation of self throughout as biology and society mix to create new solutions and newer problems. Does Modeste have any recourse if Renée decides to take Athene back? Does Renée owe an explanation for leaving?

Vermette’s film is full of questions—big and small—that linger in the air amidst a formally experimental piece that feels like a visual collage of emotions, expressions, and metaphor caught at the back of brief vignettes captured on 16mm. The crackle and grain are apparent throughout, yet some moments find themselves consumed by imperfections and halos, adding extras scratches and bands of diffused red light to the flickering of Manitoban landscapes, laughter, and fire burning a fresh path forward. The sound is often dialed up to the point where voices become a muffled whirr for which the filmmaker doesn’t even bother adding subtitles. Most of what we absorb is thus presented via atmosphere alone until we allow images to wash right over us.

If that doesn’t sound like your cup of tea, consider passing. While it does retain a narrative as far as Athene goes, the editing style and aesthetic definitely skew more towards the impressionistic end, mood forever triumphing over exposition. It feels very personal as a result. That Vermette includes family members in the cast as well as neighbors from their community only helps cement the sense of shared history that lends her footage a documentary-like richness. Dialogue is sparse and confrontation sparser, these characters hoping to find common ground through osmosis until Elenore is finally unable to keep her truth quiet. She loves Athene as her own and dreads losing her.

A white wolf in the snow becomes a sort of chapter header as Vermette alternates silent scenes of nature with louder get-togethers spanning holidays (Halloween brings a funny anecdote about an acquaintance on death’s door), music parties, and day-to-day chores or respite. Athene and Renée gaze through photo albums to resituate themselves with what they’ve missed; the latter’s father even makes an appearance from beyond the grave as a translucent ghost watching over them at the dinner table. And Modeste inevitably can’t help try to get some answers from his sister once fears rise to a fever pitch (with good reason) upon Renée’s latest escape gaining momentum on the heels of a dark force haunting nearby empty lots en route to a bittersweet end.

There’s obvious power emanating from Ste. Anne whether or not you fully understand what is occurring onscreen. Performances are effective, thanks in part to the familiarity and pent-up frustrations spilling out from impatient looks and necessary restraint in the face of a reality that can’t help but leave multiple people hurt in its wake. Will it be Renée upon heading out alone again? Or Elenore left with nothing but memories of the daughter she loved when no one else could? The sad truth is that one of them must live with the result because they must ensure that Athene’s wellbeing remains paramount. She’s the one they must protect at all costs as the youngest branch of their sprawling family tree’s push forward.