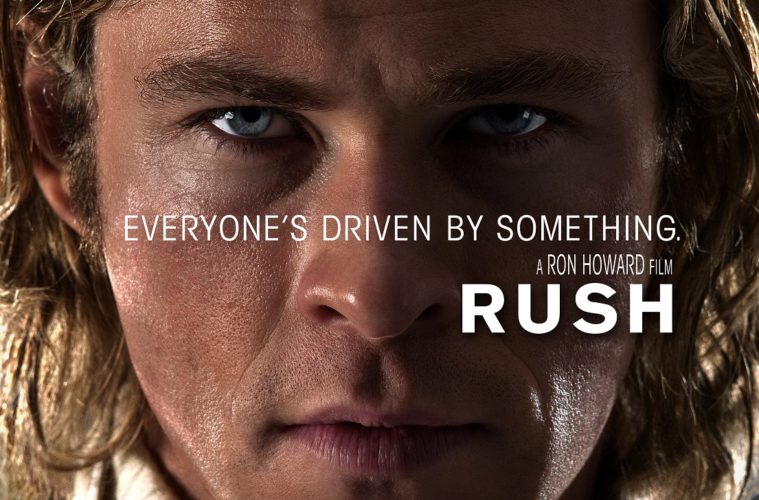 Ron Howard likes to make movies in which every shot, gesture and cut is designed to elicit a specific response from the viewer; there is no room for ambiguity, uncertainty or the fun of interpretation. This isn’t an inherently problematic quality: simple, good movies are made in Hollywood all the time. However, like any approach to filmmaking, its appropriateness depends on the kind of story that’s being told, and whenever Howard uses his anonymous, risk-free aesthetic to attempt to make the Best American Film of the Year, the results are rarely inspiring. Watching his movies that tackle momentous American subjects — particularly his chronically disappointing efforts during the 2000s, like A Beautiful Mind and Frost/Nixon — one can’t help but picture an alternate version of the film, one made by a director who has the artistic reach and curiosity necessary to make such grand, towering narratives stick the landing.

Rush, Howard’s new film, earns a spot in this category, its quality and approach almost identical to the director’s last Oscar-season success, Frost/Nixon. Like that film, Rush was written by British screenwriter Peter Morgan (The Last King of Scotland, The Queen), a true-story specialist whose task here is to turn another tale of storied rivalry into an entertaining, seemingly intelligent study of dueling male egos. Considering the pedigree of its personnel, Rush has the makings of a critical and commercial success (perhaps even awards-season fare); it’s easy to imagine adults flocking to this picture during the fall, looking for a night of polished, sensible, R-rated diversion. Like some of Howard’s most beloved films, though, the idea of Rush emerging as an audience favorite almost works against the film in retrospect — the thought that this is one of the few mainstream, R-rated movies an average American adult will pay money to see this year is as disheartening as reading the box-office tallies of the average summer weekend.

In Howard’s defense, he’s not helped by Morgan’s writing job, which combines bullet-point characterizations with standard-issue narrative structure (the movie begins, with voice-over, in August 1976 at the fateful German Grand Prix before flashing back). In a film about the contested relationship between two Formula One drivers, you can predict how this fares for the women. The Brit James Hunt (Chris Hemsworth), for instance, was a notorious playboy, which Morgan gets across by having Hunt bed, in order, a nurse, a model, and an airline stewardess. The second of those roles is played by Olivia Wilde, so, even if we don’t believe that she’d marry Hunt after two or three minutes of conversation, she at least gets a couple scenes of dialogue. The other two encounters, however, are staged with a bare minimum of cleverness or ingenuity, which is disappointing above all because Hemsworth can indeed be a very charming actor, and these are perfect opportunities for him to shine.

As the Austrian Niki Lauda, rising Inglourious Basterds alum Daniel Brühl (upcoming projects: The Fifth Estate, A Most Wanted Man, Sils Maria) fares somewhat better, if only because, on the page, his character is the more practically sympathetic assignment. “Asshole” is a word Morgan uses frequently here to describe his two main characters, but we really only agree with it when it’s directed at Hunt, who is, as depicted in the film, quite an asshole. Lauda, on the other hand, has a neat, admirable professional philosophy: his technical knowledge and physical determination consistently solidify him as the more deserving of the two competitors. (Curiously, the only questionable thing about Lauda is his marriage to Alexandra Maria Lara — because there’s no reason to buy their relationship, his work ethic makes him seem like a neglectful and detached husband.) While Hunt’s death-craving psychology is certainly appropriate for a Formula One racer, it’s only occasionally articulated with any depth or subtlety by Morgan; more often than not, his sentiments feel like middle-school posturing when compared to Lauda’s commendable matter-of-factness. And, though a relationship-ending argument between Lauda and his father is written in the broadest possible way (“you best join the family business, son!”), it at least makes us aware of Lauda’s steadfast independence.

Howard directs all of this in flat, easy strokes, each beat and punchline predictable well before they arrive. At times, his application of the lens flare rivals the overkill levels of J.J. Abrams; again, this is a frustrating choice, as it too often signals Howard’s obvious tendency to want to build his characters (especially Hunt) into charismatic, enviable, larger-than-life figures. Most of the film’s extended racing sequences, moreover, are clouded in a brooding, overcast palette that is too digitally manipulated to achieve the effect it’s going for; it mostly just renders a lot of the action murky and illegible. And a mid-film montage of the 1976 Formula One season — complete with on-screen text informing us of the results of each contest — is essentially the exact opposite of what we want when an experienced industry technician is shooting a potentially exciting racing sequence.

Comparing Howard’s recent stuff with some of Clint Eastwood’s late-period work (the two share a collaborative link in the prolific producer Brian Grazer) helps clarify some of the problems I continue to have with a good deal of the former’s output. Though most of Eastwood’s films these days come billed with daunting Oscar-season expectations, the majority of them, from Changeling to J. Edgar, are really minor pleasures. Eastwood is the rare workmanlike director who can take a formidable subject like a Dustin Lance Black-scripted profile of J. Edgar Hoover and turn it into a nice little package of bad makeup, hammy supporting performances, a weird narrative point-of-view, and dark, smoky rooms. With Howard, however, the lesser films (the Dan Brown adaptations, for example) aren’t even worth seeing, and the more high-profile items set out to be nothing less than a cultural touchstone of the American spirit. Rush, though featuring non-American characters, trades in this exact sensibility, combining surface-level slickness, dramatic physical trauma, clearly explained psychological themes, and an amazing true story — all of which are intended to create one of the ideal adult-oriented entertainments of the year. As ever, Ron Howard isn’t the filmmaker I’d like to be filling such shoes.

Rush plays TIFF on September 8th and 9th and hits limited theaters on September 20th before opening wide on the 27th. See our complete coverage below.