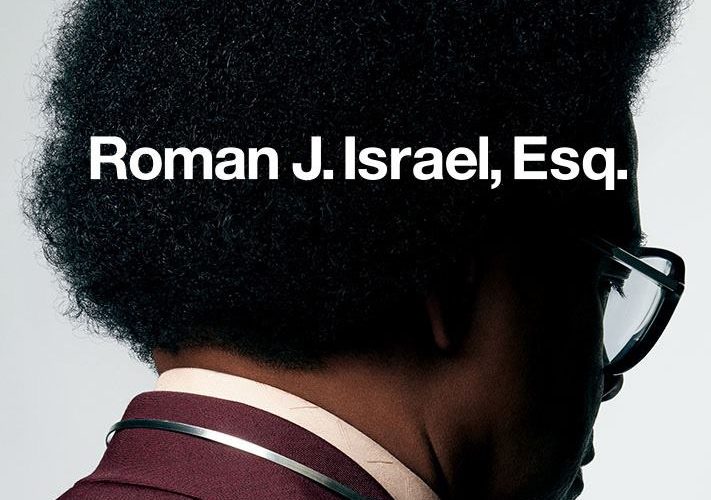 Roman J. Israel, Esq. defies expectations at every turn. It stars Denzel Washington, but this is not the suave, in-control character the actor’s known for. Instead, the title character is a socially awkward, anachronistically dressed misfit. It’s a legal drama, but eschews the epic courtroom scenes and shocking turns that are the genre’s hallmarks. Israel is the anti-Michael Clayton. It is writer-director Dan Gilroy’s follow-up to the deliciously nasty Nightcrawler, but no thriller. Even the poster misleads: released the morning of the film’s world premiere screening at the Toronto International Film Festival, its central image — the back of Washington’s head and upper body, decked out in a 1970s suit and wearing dated headphones — implies that the film takes place decades earlier. In fact, it is set in 2017.

These surprises are mostly a positive. It’s a treat to see Washington, arguably the planet’s most consistently strong and popular actor, step outside his comfort zone. And the film’s ignorance of typical legal drama conventions is wonderfully refreshing. Considering the unique power of Nightcrawler, one leaves Israel with some unfulfilled desires. It cannot be denied that as successful as Roman J. Israel, Esq. is, it fails to reach the heights of Gilroy’s debut, or some of its genre antecedents. This is not Washington’s The Verdict, and that’s fine. For Roman J. Israel, Esq. is a character piece above all else. When we meet Israel, his longtime legal partner has just suffered a heart attack. The partner was the face of the struggling two-man firm, while Israel was the mind. Dressed in ancient, ill-fitting suits, prone to saying the wrong thing, and blessed with an incredible memory of legal precedent, Israel is an oddity. However, his clear intelligence and straightforward approach instantly intrigue George Pierce, an ultra-slick protege of Israel’s late partner. Pierce runs a high-powered Los Angeles defense firm, the type housed in a high-rise and staffed by a team of attorneys.

Israel is the polar opposite. He’s an attorney focused on social injustice, civil rights law, and system reform. His shoddy apartment is decorated with the faces of the figures whose ideals he holds deal — Angela Davis, Bayard Rustin. At one point, Colin Farrell’s character describes Israel as a “savant,” and there are numerous indications that this may be the case. But Pierce sees the positives in having a man like Roman Israel on his side. It is not, to be sure, a good fit. After all, calling the firm’s No. 2 attorney and his colleagues “roaches” tends to rub folks the wrong way.

Meanwhile, Israel befriends Maya (Carmen Ejogo), a young activist gripped with self-doubt. While Israel is a joke to many, Maya sees his focus on civil rights as an inspiration. He is an individual who has turned his back on family, wealth, and status. At least, until now. A rash decision to take financial advantage from the death of a client seems to transform Israel into the type of man he once despised. New suits, a haircut, and a stunning condo follow. And against all odds, he is suddenly an attorney on the rise.

It comes crashing down, of course, in ways that are not particularly surprising, and the central criminal case in the film is a bit of a bore. It may sound surprising, but Roman J. Israel, Esq. is most involving when portraying Israel’s life away from the law. A sequence in which the newly cash-heavy attorney spends a glorious afternoon in sunny Santa Monica is one of the film’s great delights. Washington is often silent in these scenes, but they include some of the finest, most natural acting of his career.

Israel ends strongly, and in moving fashion. Farrell is especially impressive in these late scenes, while Ejogo is a treat throughout. But this is Washington’s show, really. Gilroy has written one of the actor’s most uniquely original roles to date, and even when the plot feels stale, the character does not. There are no real thrills here; the film’s most tense moment, a desert chase sequence, turns out to be a misunderstanding. It’s a playful touch from Gilroy, who is fast becoming one of our smartest filmmakers. Roman J. Israel, Esq. might not be the courtroom drama fans have been expecting. Instead, it’s a character study filled with insight and originality. There’s never been a Denzel Washington performance like this one, and there’s never been a protagonist quite like Roman J. Israel.