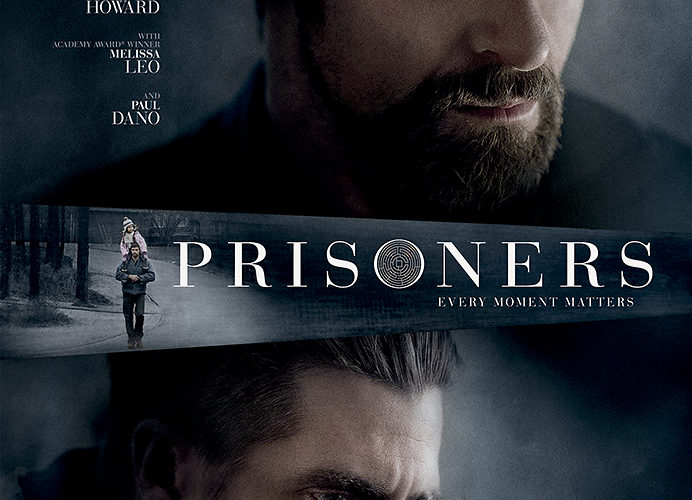 Prisoners might be the most shockingly dark studio release since Fight Club, a grim, unsettling, occasionally convoluted, but undeniably gripping thriller. The nightmare America of Denis Villeneuve’s film is sadly believable, and it results in a truly moving experience — one that audiences might not see coming. On paper, after all, this Hugh Jackman-Jake Gyllenhaal-starrer looked like just another procedural, a (possible) turkey jammed full of movie-of-the-week stuffing. The trailers were not particularly memorable, the likable Jackman and Gyllenhaal do not always choose their roles wisely, screenwriter Aaron Guzikowski’s only previously filmed screenplay was for Contraband, and even though Villeneuve directed the Oscar-nominated Incendies, he is still a relatively unproven commodity.

From its 153-minute running time to its plot, Prisoners is a film that audiences might be afraid of, particularly after hearing just how dark this story is. But if one gives it a chance, they’ll be rewarded with one of 2013’s most powerful and gut-wrenching surprises. Villeneuve opens things, appropriately, with a father and son hunting trip, and from scene one, it is clear that Hugh Jackman’s Keller Dover is an intense individual. A carpenter, he lives a modest life with his wife (Maria Bello), teenage son, and young daughter. Shortly before heading to spend Thanksgiving with their neighbors — a father and mother played by always solid Terrence Howard and Viola Davis, and their daughters — a beat-up camper rumbles down the street, croaking to a stop. When the two family’s young daughters do not return after a trip back to the Dover household, this camper takes on great significance. The girls, it seems, have disappeared, and a perennially exhausted (at least, he appears this way) Detective Loki, played by a focused Gyllenhaal, is assigned to the case. The camper is quickly found, and with it a suspect — a strange, child-like figure named Alex Jones (a whimpering Paul Dano). Alex lives with his no-nonsense aunt (Melissa Leo), and seems drift in a world all his own. Keller quickly concludes that Jones is the kidnapper, and when he is released, he devises a plan to find the girls. Meanwhile, Loki continues his frustrating search, both families become increasingly despondent, and secrets from the past are slowly unearthed.

If, at this point, Prisoners sounds like many other films in the kidnapped kid genre, rest assured, it is not. This experience is much more grim, much more disturbingly violent, and much more morally and thematically complex, than any recent “thriller.” Part of this is thanks to Guzikowski’s twist-y script, but there is also the work of its leads. Jackman is coming off a wildly successful few months that saw a Best Actor nomination for his Jean Valjean in Les Misérables as well as robust returns for The Wolverine. But in Prisoners, he is shockingly unhinged, giving what is clearly his finest performance as a man who will do anything — anything — to save his daughter. He is matched by Gyllenhaal, whose performance is much more subtle, and no less effective. Loki is the heart of Prisoners, and in many ways Gyllenhaal has the more difficult part. Villeneuve — who brought another well-received collaboration with Gyllenhaal, Enemy, to TIFF — oversees the sprawling story with commendable restraint…mostly. There are moments when the film loses its balance, and I’m not sure the story holds up to close scrutiny; the plot becomes increasingly convoluted, the villainy a bit over-the-top. But what never flags is the level of emotion, or its visual elegance. The unsung hero of Prisoners is surely its incomparable cinematographer, Roger Deakins. In his hands, simple, ho-hum suburban sights appear positively evil. The film is a visual catalog of deep, dark places — a priest’s hidden basement, grungy campers, tightly shuttered houses in suburbia.

It is also a catalog of fears: dark basements, snakes, hidden doors, bloody clothing, snakes, quasi-torture chambers, snakes. It all comes together to create an emotionally memorable experience. One thing is certain: When Prisoners is finished, expect every parent in the audience to race home and check on their kids. It might seem easy to pull off such a feat — TIFF 2013 certainly had its share of effective children-in-peril movies — but doing so in a way that does not feel manipulative is quite a feat. As difficult to watch as it may be, Prisoners is one of this year’s essential dramas.

Prisoners premiered at TIFF and will hit theaters on Friday, September 20th. One can see our complete coverage by clicking below.