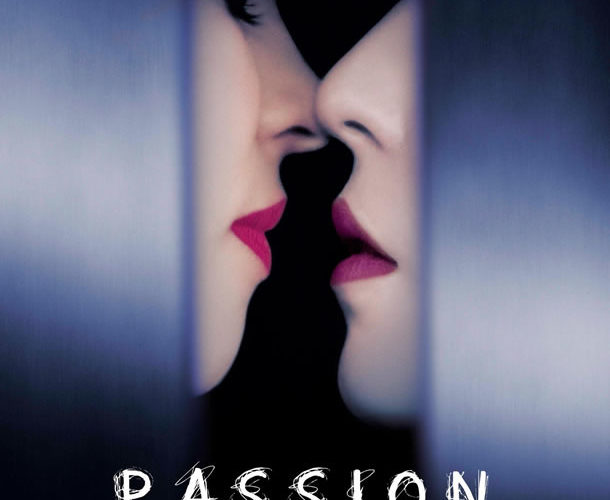 Five years after his last foray behind the camera, writer/director Brian De Palma looks to take some of the alternative devices used to film Redacted and combine them with the sexual thriller genre to which he is so indelibly aligned. A remake of the 2010 French film Love Crime, the auteur brings Nathalie Carter and Alain Corneau‘s tale to Germany and lets its cutthroat female executives have at it. Beginning as a congenial work relationship, our central duo’s dynamic quickly spills into their personal lives before turning into a pitch-black competition without rules or decency. Creativity is stolen, sexual partners are lured away, and psychological games go in motion to shatter upstart Isabelle’s (Noomi Rapace) resolve. What Christine (Rachel McAdams) never anticipated in her manipulations, however, was how the mind’s fragility could transform such helplessness into a destructive play of vengeful violence. Once the opening scene depicting Isabelle and Christine brainstorming a new camera phone campaign is complete, the title Passion begins to take on a less sexualized meaning than initially anticipated. There is a palpable subtext in the way Rapace stretches out on her boss’ couch and the closeness achieved when McAdams sits down, but more than lust is a drive for power. Passionate about the work and intellectual property they wield, the blurring of this line gets emotions like rage, jealousy, and greed pumping through their veins. The sexual intrigue is merely one part of their cat and mouse charade, using the embezzling Dirk (Paul Anderson) as a toy to show who’s in control of their cheeky wink at the other. When all is said and done, though, their ultimate war plays out on the psychological battlefield of pride—an emotion not to be taken lightly.

From a conceptual standpoint the premise does intrigue. In fact, it may be successful in the original—I sadly haven’t seen it. As far as De Palma’s take goes, however, very little works. The first half or so becomes a boring slog through campy performances and a score trying so hard to tell you what is happening that I almost hope the whole endeavor was some farcical satire on the genre. De Palma’s work has always been on the wrong side of camp, but never to this level. Rapace is so awkwardly stern and over-the-top distraught; McAdams’ overtly conniving and confident to the point of believing she’s untouchable. Trying so hard to dial up the tension, every moment that possesses it drowns under the manufactured weight of actors acting. But Passion does eventually turn itself around in a trippy, is it a dream or isn’t it quest for retribution. Add in Isabelle’s assistant Dani (Karoline Herfurth)—the one true sexual creature lusting over love instead of work—and Christine’s dead twin sister Clarissa and you’ve got yourself a mind-altering sequence that even goes into split screen with the ballet for a spell. Issues of duality, insanity, and guilt arrive to spice things up and I actually found myself creeping to the edge of my seat to wade through the craziness and discover what was occurring. Unfortunately, though, after about twenty or so minutes all my deducing was made obsolete when a character decides to explain everything like some arch-villain in a comic book. It doesn’t matter if I was right; the tackiness of the maneuver itself was too destructive.

We’re then treated with a tired rehash of the fun part for a dénouement bordering on stupidity because of the summation. Maybe the character spoiling all interpretation is part of a dream; maybe the words are another’s conscience eating her from the inside. Honestly, I don’t know because I stopped caring. Roles reverse, women come back from the dead, and an incriminating cell phone is somehow hidden where it shouldn’t be and ringing when no one should be calling. If it was some tell-tale heart I’d say bravo for the attempt, but we end up jump cutting to alternate states of consciousness that make everything too confusing to even guess. And it’s a real shame too because the actual crime intricately orchestrated to dupe the Inspector on the case (Rainer Bock) is an entertaining piece of cinema. As it is, the only aspects worth mentioning are the camera phone commercial’s inventiveness; McAdams making her big performance work in the context of the film’s need for her to be utterly despicable; and Herfurth’s stunning beauty. I liked the surveillance camera footage sprinkled in and Anderson’s smarm as Dirk too. But when it comes to plot and/or purpose, I’m left shaking my head at what could have been. It’s sad to waste Rapace’s wealth of talents in a role she is so obviously miscast in—playing the cold, clinical alternate Isabelle with aplomb while the bubbly, subservient one is left lacking authenticity. If you’re really jonesing for a De Palma sex thriller go out and rent the criminally underrated Femme Fatale instead. Passion unfortunately lacks exactly that.