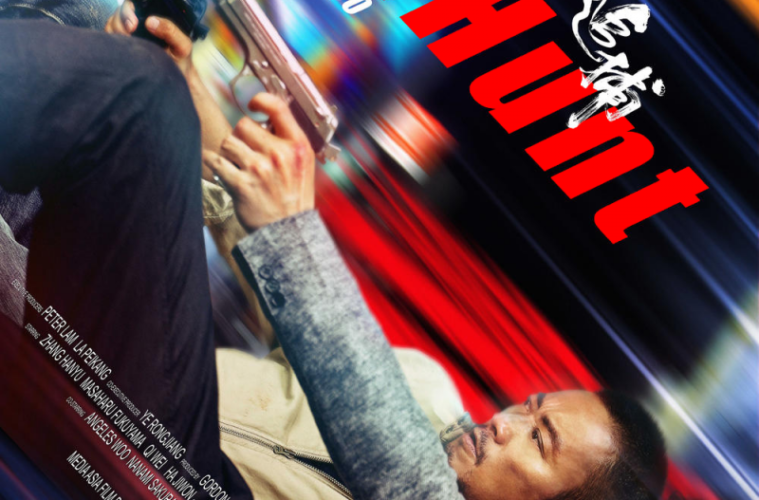 TIFF Review: ‘Manhunt’ is a Deliriously Entertaining Return to Action for John Woo

Something must have happened to John Woo in the last decade or so. It’s been well over a decade since his last full-blown, modern-day action film, having made the historical epics Red Cliff and The Crossing after leaving Hollywood, and Manhunt — his return to the genre that launched his career — feels like a new kind of John Woo. Now in his 70s, Woo has become fully self-aware, and in doing so seems to have challenged himself to create the most John Woo movie ever made. With Manhunt, he has indeed made the most John Woo movie possible, while also making a film that could just be described as “the most.” It’s a deliriously entertaining thrill ride from start to end, and sure to go down as one of the most enjoyable films of 2017.

Taking place entirely in Japan, Woo’s film follows hotshot Chinese lawyer Du Qiu (Zhang Hanyu), who works for a major pharmaceutical company in Osaka. He’s about to leave for a new job in the States, but pharmaceutical head Sakai (Jun Kunimura) insists he stays, given Du Qiu’s knowledge of the company’s more sinister practices. Cut to the next morning, where Du Qiu finds himself waking up next to a dead body and the police arresting him for murder. It’s a clear set-up, and Du Qiu manages to escape the cops, but soon he’s pursued by the unstoppable detective Yamura (Masaharu Fukuyama). Du Qiu’s quest to clear his name, and Yamura’s attempts to track him down, trigger a ridiculous, epic journey for the ages, involving a pair of female assassins, a vengeful widow, super human serums, and whatever else the film’s seven (!) writers could cram into two hours.

Any expectations of something tied to reality in any way get thrown out the window within minutes, as a cute scene with bar workers Rain (Ha Ji-won) and Dawn (Angeles Woo) turns into a classic John Woo shootout, as the two turn out to be assassins tasked with taking out a group of men. From there, the character introductions only get more extreme. In order to establish Yamura as a good, superhero-like cop, Woo introduces him with a sequence where he takes out two terrorists, saves a child, and defuses a bomb in a matter of minutes. The sequence ends as quickly as it began, and the effect is like some sort of awestruck whiplash. Woo isn’t indulging in cliches here as much as he’s flat-out gorging on them, the whole time daring viewers not to join in on the fun.

And the fun doesn’t extend to just the action, as Manhunt employs a remarkable editing style that, at times, pushes the film into abstraction. Of course, Woo has no trouble directing action, shooting car chases, fist fights, and shoot-em-ups with a clear and concise eye, and this leaves room to play when it comes with the images themselves. Using dissolves, fade-outs, crosscutting, and a whole host of other techniques, editors Wong Hoi and Lee Ka Wah literally and figuratively layer the film with an emotional complexity that drives the story. A line or action within a scene might suddenly spawn a flashback or fantasy sequence for one particular character, which might happen to occur in the middle of an action sequence crosscutting between several other characters. Woo and his editors use these methods to such an overwhelming degree it can feel like watching time and space collapsing in on themselves, which puts the emotional aspects of the story front and center.

That’s why Manhunt works as more than just an exhilarating action picture. It’s pure, maximalist filmmaking in the hands of a master who can put it all out there within the right emotional context to prevent it all from falling apart. It’s also Woo’s most self-reflexive work to date, with references to most of his filmography peppered throughout (the film’s best moment might be when, in the middle of a scene, Woo inserts a foreshadowing shot of a pigeon coop). This is a different John Woo than we’re used to: someone who’s more playful, more self-aware, and, in some ways, more cinematic. Let’s hope this version is here to stay.

Manhunt screened at the Toronto International Film Festival and hits Netflix on May 4.