TIFF Review: ‘Liberté’ is an Uncompromising Howl in the Wind Against the Notions of Good Taste 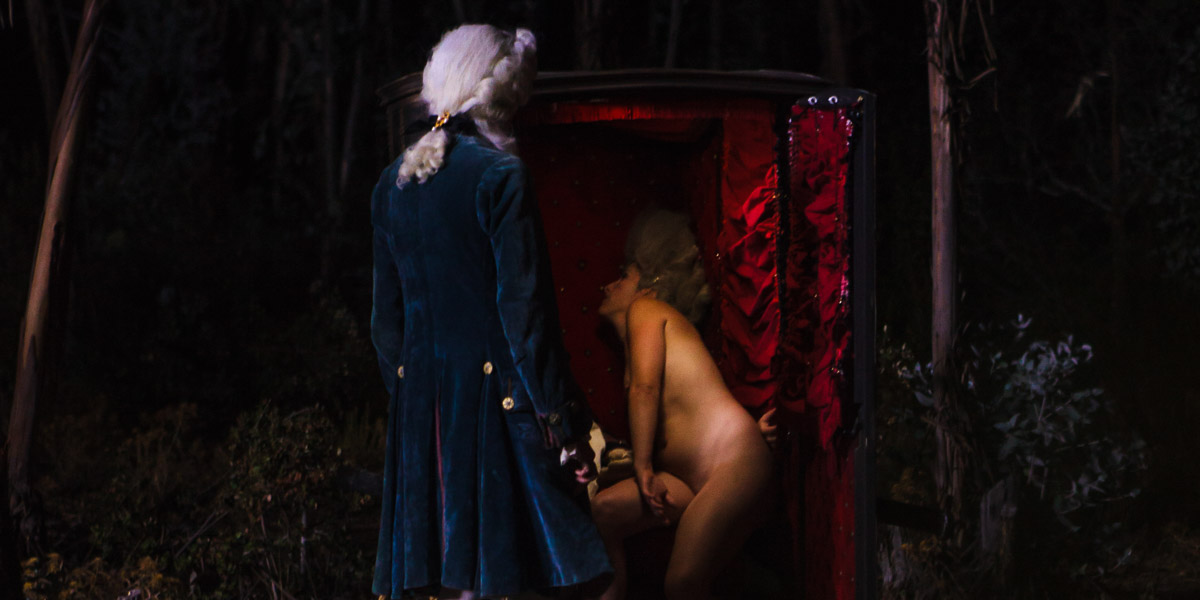 Finally, evil in cinema is back! That was the impression running through the mind of this writer during all 132 minutes of Albert Serra’s Liberté, a film so thoroughly dedicated to bad, evil vibes–and yes, the beauty inherent in them–that it feels like something approaching a howl in the wind against the notions of good taste.

Completing a kind of Men in Powdered Wigs Decaying trilogy with Serra’s two previous films, Story of My Death and The Death of Louis XIV, Liberté shares their droning pace, if a more hypnotic style. It plays as the truly unshackled film he’s always tried to make; one in which the burden of deconstructing historical or literal representation feels loosened. Only the harsh clash of bodies matters.

Circa 1774, we hone in on a few select members of the French upper-class who’ve been banned from society by the puritanical King Louis XVI for their beliefs in sexual liberty through extreme practice. Gathering in a forest that we’ll never leave for the duration of the film, they seek to convert Duc de Wand (Baptiste Pinteaux) to their practices so they may find a new home for their transgressions in the kingdom of Germany.

The casting of euro art-house legend Helmut Berger as one of the naughty aristocrats tips us off to that we’re in the realm of a more wicked Visconti; the rot of the bourgeois is on full display, but far outside the comfort of a castle or marble hall. Sex is depicted in agonizing detail and peeped through windows of a carriage, and the film proceeds like entering a unique combination of keywords into the PornHub search bar. At least while still indulging in the beauty of the moon in the sky, the wind in the trees, or rainfall at night.

Though just exactly how much we’re supposed to be repulsed or aroused by these actions is a question. The group indulges in their darkest desires; side-by-side with sex are multiple forms of brutality, characters being whipped, urinated on, and something else we won’t dare reveal. We the audience don’t feel like we’re being “implicated” in their base desires, despite the surveilling tone, which in classical film grammar is usually supposed to tip us off to a kind of objectivity. Though the defense of “objectivity” feels too dull for a film like this. Liberté almost takes the spirit of the scene from Story of My Death in which Casanova takes an excruciatingly long amount of time to defecate gold and extends it to feature-length.

Despite all its hard-art-film trappings, the overriding feeling is of Serra laughing at getting the bourgeois festival audiences to watch hardcore pornography. True, your mileage may vary on that proposition. But Liberté‘s accomplishment is getting that to not actually seem like a prank. This is both Serra’s most uncompromising film and his most enjoyable. In a way, it’s perhaps a stunning refute to the notion of “edgelord” as pejorative term; someone has to deliberately provoke to show us something we haven’t seen before.

Liberté screened at the Toronto International Film Festival and opens on May 1.