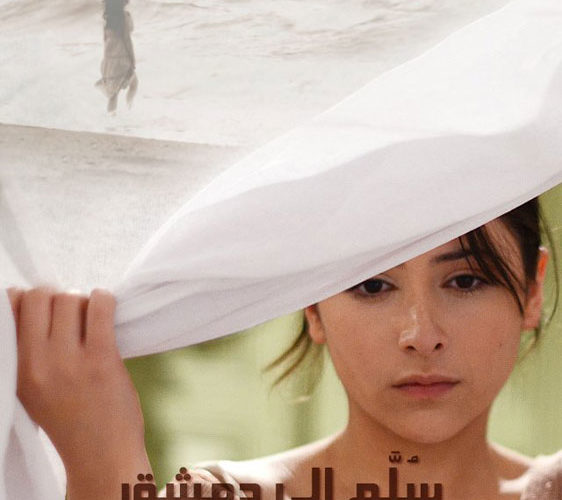 A non-violent, secular movement began in Syria in early 2011 led by young protestors calling for democratic freedoms and the fall of president Bashar al-Assad’s Ba’ath regime. It evolved into a civil war that rages on today with mounting chemical attacks by Assad’s government raising the threat of international interference to the point of our own country’s possible involvement. But while it’s easy for American media to speculate and fear-monger as thousands die in the streets, there’s no way to truly understand what the Syrian people are feeling during their struggle for freedoms our own ancestors won centuries ago other than hearing their voices and seeing their pain. Mohamad Malas’ Soullam ila Dimashq [Ladder to Damascus] is therefore as much a document of an actual war as it is the fictional drama inspired from it. Shot in Damascus months after the first protests turned into battles, the production inevitably put cast and crew in constant danger. As the character Fouad—nicknamed “Cinema” (Bilal Martini)—explains at the start, having a camera to shoot the injustices outside your door is as good as holding a gun to the opposition. Whereas documentarian Omar Amiralay openly spoke out against government oppression through his work in the decades previous, this new flood of chaos won’t afford such luxuries. His films and the art of many others inspired this new mobilization of twenty and thirty-somethings and anything more would only exacerbate the situation by increasing the number of citizens against Assad. But as Malas’ story—co-written by Samer Mohamad Ismail—shows, it’s never long before war knocks on your door anyway.

There is a powerful notion of human universality at play with an Ibn Hazm quote, “You are haunted by people who are like you,” leading us into the fantastical idea that Ghalia (Najla El Wa’za) lives with the soul of another young girl who died the day she was born named Zeina (Gianna Aanid). It points towards a sort of survivor’s guilt wherein soldiers your age are dying in the streets for their and your freedom while you stand on the fringes watching it happen. When will enough be enough before you too join the war? How many friends and family must die or be imprisoned before you realize the rebellion is no longer something you can pretend is happening farther than the suburbs mere miles away. The bombs will always get closer. It is the meeting of Ghalia and Fouad at art school that begins our journey. Her passionate embrace of Zeina’s ghost intrigues him as a subject he could film on his camcorder while her desire to be with those of like mind and spirit nudges her to move into the large and elegant home he shares with other artistic souls slowly letting the revolution creep into their work. This refuge serves as an escape from the bombs still only heard in the distance—a place where Fouad can screen films on the wall as a cathartic reprieve the rest may use to forget what’s happening if only for a brief moment. While some images soothe, however, others can embolden. An interview with Zeina’s father released from prison proves one that touches the souls of all watching.

At this point things escalate and Ghalia’s duality converges into one young girl tired and determined in the face of unavoidable turmoil ripping families apart. She feels the pain Zeina must have felt, believing her own father is the one who wallowed in prison when we’ve already seen him sitting by a fire at her childhood home. This empathy spreads like wildfire as the more radical housemates—Hussein (Hussein Marii) and Lara (Lara Saade)—leave to join the resistance at meetings setup via Facebook; landlord Emm Sami (Rana Malas) is seen breaking down during prayers courtesy of the heartbreaking tragedies around her; and Zarzour (Mohamad Zarzour) finds himself the victim of abuse in the streets without provocation. The war has arrived at their door and Malas shows us their newfound readiness to enlist. Malas constantly juxtaposes archived footage onto his scenes through Fouad’s projector or Ghalia’s dreams, injecting the emotional tug of war at play that finally proves too much to ignore. At times he’ll cut scenes so the voice we just heard coming from a character’s mouth is playing over a briefly silent image before synching back up as though reading his/her thoughts. There is an introspective quality throughout as we evolve alongside these men and women and let the passion rise within us too. We understand the burgeoning love between them all as couplings become clear, each embarking on an existence wherein they no longer are living for just themselves. It’s a microcosm of rebellion with their house becoming a metaphorical Syria its inhabitants must fight tirelessly to keep free.

We see this through instances of Malas turning Fouad’s camera into our eyes so Ghalia can bare her soul directly to us or so Hussein can tellingly joke about his friend needing to film indoors as it’s unsafe outside much like cinematographer Joude Gorani must for this whole. A majority of is captured within these walls out of necessity, but also as a way to instill the claustrophobic feeling Syria has felt since the Ba’ath Party took over in 1963. These artists and philosophers must break free from the constraints of their own bodies and fears as much as the establishment suppressing their humanity. And as the war inches closer and their anger and frustrations rise, Ladder to Damascus’ title finally comes to fruition on their rooftop. They will no longer be contained.

Ladder to Damascus premiered at TIFF. One can see our complete coverage by clicking below.