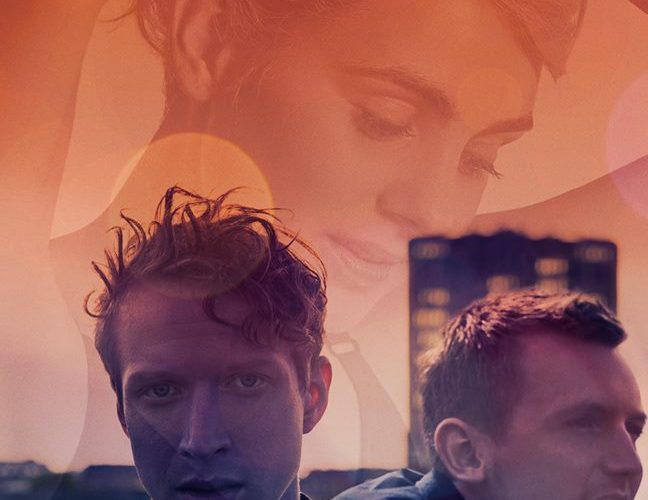 [TIFF Review] In the Blood

If forty’s the new thirty, twenty-three can easily become the new thirteen. I think first-time director Rasmus Heisterberg would agree as the man behind screenplays for The Girl with the Dragon Tattoo (Swedish) and A Royal Affair delves into a med student’s coming-of-age drama in In the Blood. What’s often reserved for younger children moving towards adolescence, eighteen at the oldest shifting from high school to college, the genre truthfully fits any period in one’s life if his/her maturity hasn’t quite sunk in. I know a few forty-year olds who could do with a bit of growing up — some people simply haven’t had to leave that alcohol-drenched bachelor pad lifestyle behind. When success comes easy like with Simon (Kristoffer Bech), responsibility can often be pushed aside until too late.

This is practically the young man’s mantra and actually one of the first things he says to a cute girl he fancies outside a bar (Victoria Carmen Sonne‘s Emilie). Simon doesn’t want responsibility or a relationship, just fun. It’s somewhat of a stark contrast to his med school transcript: straight-As with all the answers. He isn’t an angel considering his affinity for stealing “surgeon spirits” (some sort of controlled substance) to party with on weekends, but he does have a bright future ahead of him. So why not have a good time when he can obviously afford to without hindering grades? The only real downside to this lifestyle is the fact that best friend Knud (Elliott Crosset Hove) isn’t quite as gifted in class without sleep.

It’s okay because Knud doesn’t party so much with girlfriend Mia (Lea Gregersen) around, except that they’ve just broken up. Now he can join Simon on his wild escapades as well as his idea to escape Copenhagen for six months abroad studying on a hospital ship in Bolivia. This will be their summer to shoot the moon without attachments holding them back. That’s the dream Simon believes in at least. Reality soon shows how Knud can’t keep up, still pines over Mia, and isn’t certain leaving is such a great idea at all. He starts to resent his friend a bit, wondering if Simon is going off the deep-end now that he has a regular audience to entertain. They start drifting apart, times quickly changing. Simon isn’t ready.

We’re talking big life alterations like their quartet’s other half talking about selling the house. Esben (Mads Reuther) wants to live alone; Søren’s (Aske Bang) girlfriend is begging him to move to the country. And if Simon and Knud are traveling for half a year, why not sell while the market’s ripe? They’re moving on while our party boys dig in. Simon never wants their camaraderie to end and Knud desperately hopes for Mia’s return — two things that aren’t seemingly in their cards. So they can either chin up and look forward or continue stumbling backwards to find a foothold that simply no longer exists. Knud is already on the fence if we’re being honest. He wants to slow down because Simon’s decent is heading for a huge crash.

Spanning June through September, In the Blood shows how much can happen in a short amount of time. These boys have reached the end of their journey together — the next step awaits them. And this moment comes for Simon without warning. Emilie could be his salvation from the abandonment if he wants. He could stay and be the things he told her he didn’t want to be and they might prove happy. They may burn up in flames and never want to see each other again too, but it’d be worth the trouble. After all, what does Bolivia possess other than distance from the present? He can keep stealing and skating through life or he can buckle down and start something that doesn’t have a monthly expiration date.

What follows is pretty much a giant temper tantrum starring Simon as a spoiled brat unused to not getting his way. He lets jealousy enter his mind both for Emilie and his friends. Any time any of them do something without him becomes a slight, a rejection. He pouts and drinks and lets the resentment stew in the pit of his stomach until an outlet is provided. So he’ll beat up a security doing his job, ignore someone he likes because her ex-boyfriend doesn’t understand boundaries, and even physically injure those he loves through an inability to curb his emotions. Simon becomes demanding and mean, his life shattering around him in ways he could adjust to and yet decides to exacerbate things by pushing everyone further away.

He moves straight past self-destructive right into destructive proper and no one is willing to deal with it when they could just walk out. How many people actually stay close with friends after graduation from high school or college? I’m sure there are a few, but none approach that same level of closeness night after night. We get jobs, get married, and have kids. We stop staying out until three in the morning so we can wake up with a hangover in a stranger’s bed. Most of us experience this change early out of necessity while those like Simon — privileged, intelligent, and able to achieve post-doctorate work without ever holding a job until that coveted career is handed to him — are blindsided when the rest disappear.

Heisterberg has a brilliant handle on this material by gradually allowing Simon to realize he’s the odd man out. The boy is deluded by his entitlement, but we see how much each rejection stings despite attempts to mask it. Bech expertly morphs from confident swagger to insecure over-compensation. He jumps without looking and doing so risks him never acquiring his desires even if he finds he can change. Knud looks at him as a hero before the unpredictable and dangerous version of Simon takes over. Hove embraces his character’s pain and authentically uses it to talk big before his kind heart intervenes. Many of you surely know what it’s like to lose a close friend and I’m certain it occurred at a transitional period just like this.

I was worried Heisterberg wouldn’t have anywhere to go once Simon’s alienation reaches peak levels of remorselessness, but he comes through with a perfect cap to this chaotic relationship struggle. He gives his characters the opportunity to open up and come clean, letting them confront a disastrous situation for one or all of them before seeing which option is chosen. Will someone step forward and take the punishment he deserves or will they remain quiet so everyone’s lives get ruined? For much of the runtime we’re watching Simon push back against his encroaching maturity only to understand he’s in the process of regeneration. Some people must completely destroy who they were in order to become who they should have been. And even then the metamorphosis is never complete.

In the Blood is currently playing at the Toronto International Film Festival.