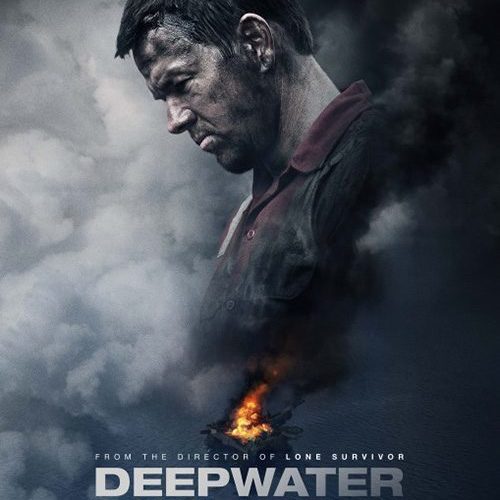 The 2010 oil rig explosion in the Gulf of Mexico was a disaster beyond belief, not only causing the deaths of workers, but ecologically setting our planet back with the biggest oil spill in U.S. history. Many still haven’t fully grasped what it must have been like to be on the ship at the time of the tragedy. Enter a Lone Survivor reunion for Peter Berg and Mark Wahlberg with Deepwater Horizon, a well-made attempt at revisiting the tragedy, giving an action-oriented cinematic face to what actually happened on that fateful day.

Wahlberg plays Mike Williams and Kurt Russell is Jimmy Harrell, a pair of frontmen whose job is ensuring their workers are safe. But money talks: their boss is Jimmy Vidrine (an excellent John Malkovich), a man who always asks for the bottom line and puts safety second, until it comes back to bite him in the behind.

It is April of 2010 and we’re introduced to the Deepwater Horizon drilling unit, which is not too far from southeast Louisiana, off the Gulf Coast of Mexico. The British Petroleum execs, as headed by Vidrine, want to get the drilling going, but Williams and Harrell are uneasy about it and would like to run more tests to gain conclusive evidence that their workers will be safe.

The set-up is constructed rather tepidly; Williams bidding adieu to his wife (an underwritten, useless role for Kate Hudson) as he embarks on a three-week work duty on the Deepwater Horizon. Once on the ship, we get to meet the men that will eventually have to deal with the chain of events — all blue-collar, hard-working folks that seem to be walking clichés. It isn’t until tragedy strikes that the movie hits its stride to depict the incident and its flaws, apparent at the start, somewhat fade away.

The BP incident was the largest oil spill in U.S. history and one of the world’s most devastating man-made environmental catastrophes. However, none of the environmental consequences are really mentioned by Berg and company, excepting one scene where a disgruntled bird, clearly affected by the spill, manages to get inside the boat and manically flies in every which direction, eventually colliding itself to death on a glass window.

Berg is interested in the visceral experience more than the actual post-tragedy consequences. Which is not to take away from the fact that Deepwater Horizon does succeed in what it intended in the first place: putting us on the edge of our seats. The action is relentless, with a primal use of special effects to get us smack dab in the middle of a life-or-death situation with these men. Think Titanic, but with flames instead of water. Lots and lots of flames.

The Coast Guard gets called in to help out, but the fire seething through every corner of the ship makes it impossible for them to do anything other than set up lifeboats and hope the workers make it out alive. Mike Williams comes to save the day, portrayed as a heroic action figure by Wahlberg. Following the action in Lone Survivor, Berg reasserts his gift for bracing set-pieces. As the Deepwater Horizon bursts into flames and crumbles into oblivion, Berg’s camera moves furiously, but we are always alert to what’s at stake.

In a film that has so much going on, action-wise, it would have been nice if Berg slowed down the visceral aspect and tried to build some kind of personality to his characters. Many go on and off screen with little provided background, the likes of which is saved solely for Wahlberg’s Mike and Russell’s Jimmy. If anything, Deepwater Horizon reminds us just how talented an action director Berg is and how often substance becomes a second thought for the director.