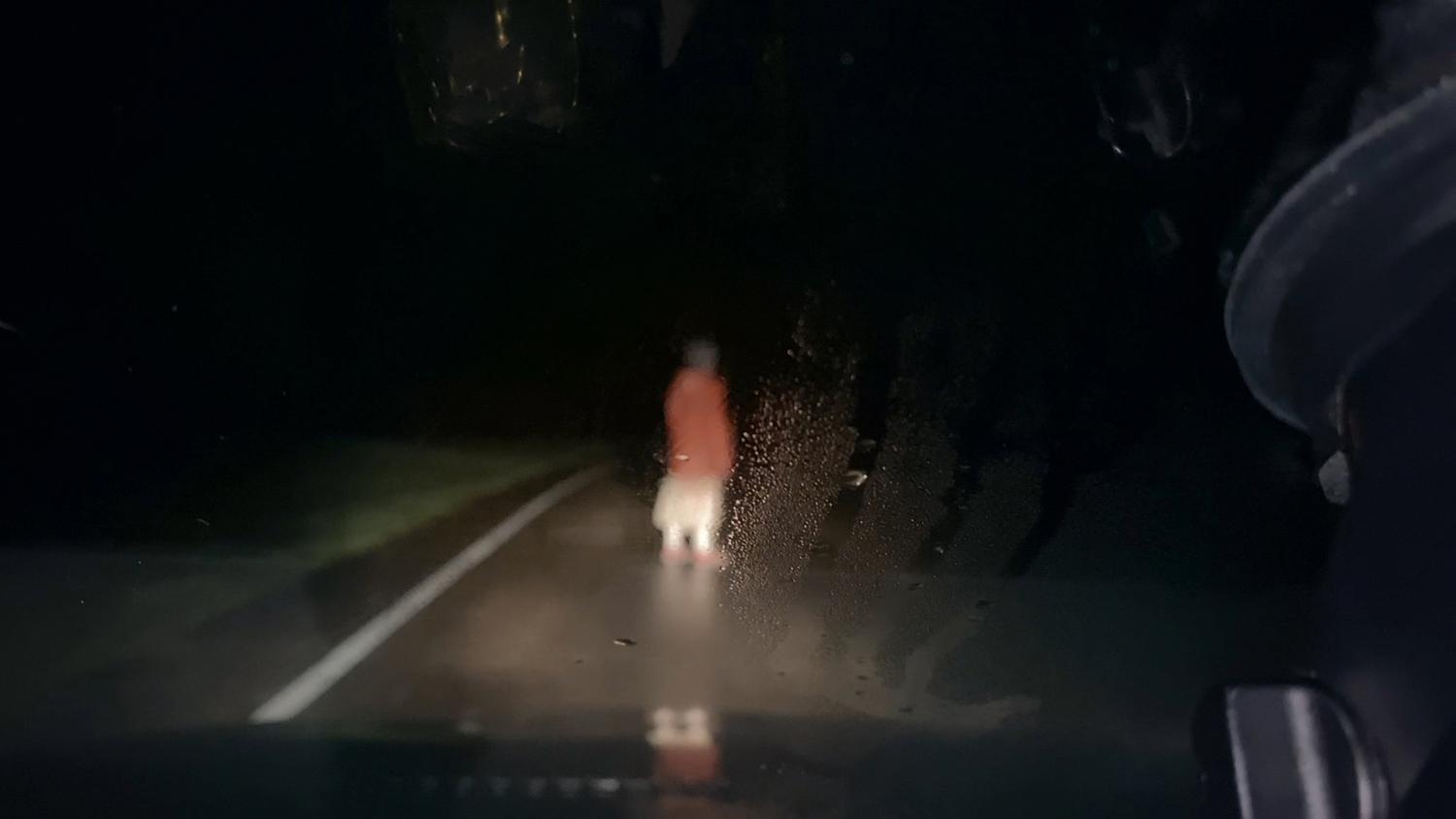 In 2020, filmmaker Rob Savage found himself stuck in place from pandemic lockdowns. Rather than wait things out, he got clever and, with friends, made the horror movie Host about a Zoom seance that manifests a murderous spirit. It was a fun piece of stunt filmmaking that arrived at the perfect time, using limitations of self-isolation to pull off a series of funhouse scares with clever special effects—on the surface a good, old-fashioned fun time that, in its use of liminal spaces like Internet chat rooms and the lockdown itself, doubled as a time capsule of the pandemic’s initial months. Now, just over a year later, Savage returns with DASHCAM, another variation on screen-life horror that scales up ambition with mixed results.

The film is set entirely over a livestream called Band Car, where host Annie (Annie Hardy) drives around and freestyle raps with words her viewers submit over the stream’s chatroom. Bored from the lockdown, she breaks quarantine to fly to London and reunite with her old friend Stretch (Amar Chadha-Patel). Through a series of mishaps, Annie ends up meeting a woman who offers a stack of money to drive a sick old woman (Angela Enahoro) to an address in the countryside. She accepts, not knowing she’s thrust herself into something far bigger and weirder than she could ever imagine.

If Host was a reflection of our times, DASHCAM is the funhouse mirror. Annie’s persona amounts to an alt-right troll, resorting to crass shock humor every chance she gets while wearing a MAGA hat and screaming about how COVID is a lie. It’s no exaggeration to say she’s one of the most unpleasant characters put onscreen in a good while, and watching antics—e.g. cursing-out restaurant workers asking her to put a mask on—will drive viewers to the exits (or exit button) before horror elements kick in. Savage wants Annie’s chaotic nature to act as an exaggerated version of the divisiveness and politicization wreaking havoc on all of us right now, though pushing extremism to an even further extreme feels like a redundant exercise that just tests people’s patience.

Of course, some might stick around with the hope that DASHCAM’s protagonist will face a world of hurt, and on that front Savage delivers. Without going into too much detail, the woman Annie transports has more to her than meets the eye, and the pairing of a nihilistic edgelord with a potentially supernatural threat results in non-stop carnage. The livestream format means a fair chunk of what’s onscreen is borderline incomprehensible, but Savage holds the camera steady enough at points to make sure some gags and gorier bits get the full display they deserve. No surprise the film hits its stride once it goes full Grand Guignol, either; as in Host, Savage excels when working within his restraints to go as big as he can, and DASHCAM has a few howlers once the blood starts flowing.

But as entertaining as its back half is, the abrasive stabs at cultural commentary from the establishing act make this journey to that point a bit of a slog. There’s also the issue of the livestream format, which feels incidental with the use of elliptical jump cuts and the feed losing connection for long stretches of time. What remains is a mixed bag, part entertaining and part annoying with a whole lot of gusto behind it. Though I can’t fault DASHCAM for trying, its visceral approach will be sure to test people’s limits.