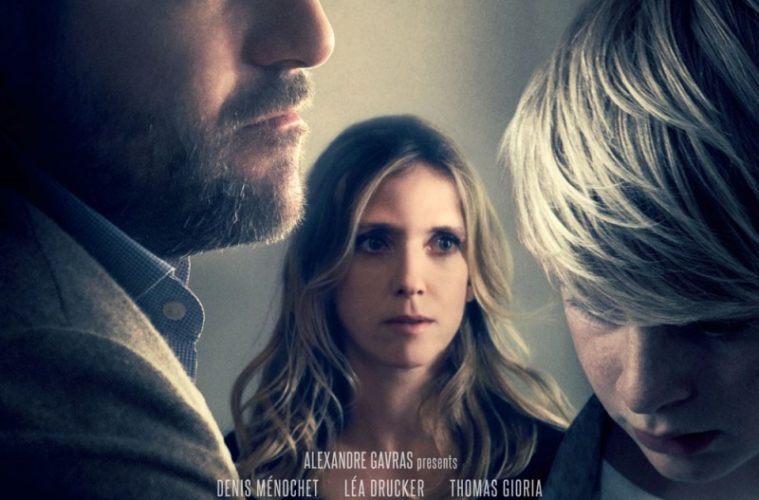 TIFF Review: ‘Custody’ is a Steady Crescendo of Suspense

It didn’t win the Oscar for best live action short in 2014, but Xavier Legrand’s Just Before Losing Everything was by far my favorite nominee. Discovering his debut feature Custody was constructed as an expansion of that story therefore made it a must-see. The short is soon revealed as a prequel, its look at the fallout of domestic abuse hopefully in the rearview considering Miriam Besson (Léa Drucker) readies to plead her case as to why her now ex-husband (Denis Ménochet’s Antoine) shouldn’t retain custody of their son Julien (Thomas Gioria)—his sister Joséphine (Mathilde Auneveux) recently turned eighteen and is free regardless. But while the evidence seems to prove Miriam’s case, a father’s love trumps a lack of concrete proof of his terror. The threat he poses, however, remains very real.

It’s a tense scene—lengthy and dialogue heavy as both parents sit alongside their lawyers. We learn a lot of exposition in the conversation as far as what’s occurred during the gap between films. Miriam and the children escaped Antoine’s wrath, leaving without warning to live with her parents a few towns over. She gave up her job and possessions, safety and security for her children paramount. But now he’s been transferred into town, the proximity making his rights unignorable. Maybe he’s changed. Maybe this attempt to see Julien every other weekend is pure. Sadly, evidence seems to prove otherwise with every interaction between father and son inevitably progressing towards “Where is your new apartment?” and “What’s your Mom’s phone number?” Nothing Antoine does is devoid of pretense.

So the reprieve is over. Antoine is back in the picture and Miriam is on high alert. She hides when picks Julien up—the boy intentionally positioning himself as a shield despite age and stature. It’s up to him to protect his mother, to fight Dad’s brutish tenacity and lack of compassion for anyone in his way. Joséphine isn’t completely out of the woods either since her boyfriend (Mathieu Saikaly’s Samuel) is high on Antoine’s revulsion list. With a forthcoming birthday party and Antoine’s inability to see anyone the court hasn’t forced, the question regarding a confrontation becomes a matter of when rather than if. The journey is wound tight beyond its limited threshold as we helplessly hold our breath. Terror is never worse than when it comes from home.

Custody shows domestic abuse isn’t something that comes and goes. It’s not a 0-60 scenario where some days escalate and others don’t. Life perpetually travels at 80 mph instead. You must be ready for any outcome because your predator is as desperate to find you as you are to escape. And when your only connection is a young boy who can’t help being coerced by constant questioning and outside interference, isolation isn’t permanent. It only takes a crumb for Antoine to risk ruining everything he’s apparently worked to achieve as far as maintaining a relationship with Julien. Those who gave him the benefit of the doubt no longer can and his power proves to no longer be impenetrable. Miriam is officially done and that renders Antoine even more dangerous.

I’ll admit the talky opening scene had me worried about whether the visual storytelling Legrand excelled at in his short was gone. As things advance, however, this fear is quickly assuaged. Being feature-length forces his hand to include conversations, but Legrand doesn’t shy from the Bessons being shell-shocked into a state of laconism. So a lot is still said through a character’s silence, mostly in response to impossible questions or displays of rageful violence when words are lost. Legrand also sprinkles in long stretches drowned out by music or devoid of sound altogether. It could be Joséphine discovering a test result or Julien turning back after a chase to see where his pursuer has gone. Nothing matches the aforementioned birthday, though. That’s a master class of saying so much without saying anything at all.

It hinges on a text, the cellphone screen hidden in lieu of expressive responses by those in duress. Where’s Julien? Who’s outside? Is it better to face the problem head-on in private or public? And what—if anything—could render the already explosive interaction coming even more incendiary? We fear the worst and nothing that happens can tell us otherwise. Legrand does our nerves no favors as any dialogue spoken proves too soft to understand until the confrontation hits. Don’t think the filmmaker will take his foot off the gas afterwards, though, because this is just one skirmish of many. He instead isolates multiple characters as potential victims so that we haven’t a clue as to who the target will be once circumstances worsen. All hope is lost.

The intensity is too much to bear in the best possible way. Legrand knows exactly where to position his characters and what’s necessary to break them. It’s a steady crescendo of suspense despite his source of danger never shifting. The way he and Ménochet draw Antoine as wholly vile yet always capable of worse is a feat not easily achieved. We fear him so completely that anything we think he might do seems too simple, too “kind.” We start to imagine ever more nightmarish scenarios, reality revealing his intrinsic viciousness cannot be underestimated. The ease at which Ménochet shifts from blank malice to tickled smile unnervingly confirms him as the embodiment of pure evil. One you obliviously don’t realize is just like someone you know in real life.

Custody isn’t about the monster as much as those he hunts, though. So you can’t ignore the heart-wrenching performances by Drucker, Gioria, and Auneveux. The latter doesn’t have much screentime, but the subtle terror shown during the party is unforgettable. Drucker is fantastic throughout, how she shuts down in Ménochet’a presence a testament to her craft and handle on Miriam’s predicament. But if she’s the impenetrable rock, Gioria is the vulnerable lamb betrayed by youth. In an industry where child performances brimming with such emotion are so rarely devoid of one false moment, his Julien is impeccable. He’s simultaneously pawn and trophy, a bargaining chip used and abused as Mom’s last line of defense and Dad’s frontline sacrifice. To see his fear is to know our world is broken.

Custody screened at the Toronto International Film Festival and opens on June 29.