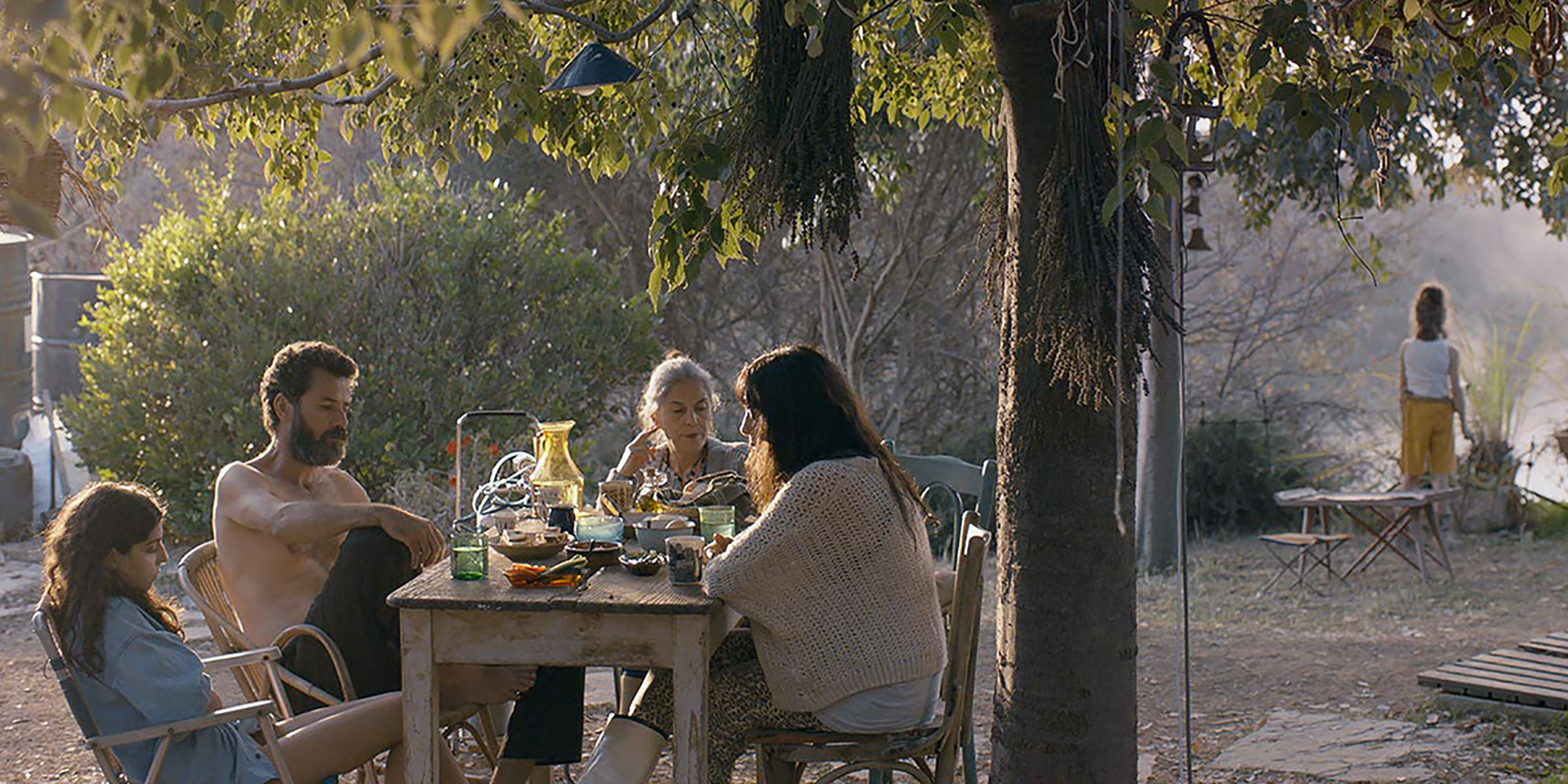 What can you do when your homeland’s falling apart? The easy answer is stay or leave, but both options carry too much complexity to simply choose and be done. For starters, not everyone has that choice—whether due to finances, family, or myriad other reasons. And those who are able must dig deep within themselves to rationalize why. Do you leave because of greater opportunity? Do you stay because you want to be part of the solution? Or do you find yourself in a sort of purgatory—one foot planted on each side, only to discover your fear of losing out on the benefits of one for the potential of the other has you locked in stasis? That’s where Walid (Saleh Bakri) currently exists.

It’s where many citizens of nations dealing with desperate times find themselves, too. They don’t want to give up on home, but they must sometimes realize home gave up on them. And that realization is the product of a sad set of circumstances reaching beyond reductive labels like selfishness. Is Walid’s sister Alia (Yumna Marwan) truly some demon for choosing to build a life in Colombia? Can she be blamed for never returning to Lebanon when it only reminds her of the societal friction that’s become a personality trait? I’m a second-generation immigrant from the same country and only one of my many cousins has ever visited; no one from our parents’ generation has at all. As many people say not to go as those demanding we must.

Walid gave up on Beirut ever escaping the political corruptness and pollution that led to garbage being piled and burned in the streets eight years prior. Instead of jumping ship for good like Alia, however, he and his family (Nadine Labaki’s Souraya, Nadia Charbel and Ceana and Geana Restom as their children Tala and Rim; Liliane Chacar Khoury as his mother Zeina) uprooted towards land they owned on a nearby mountainside to restart in isolation. Devoid of internet or telephones, they excelled through self-sufficiency as long as they could. They’d probably have succeeded even longer despite Tala reaching adulthood and thus yearning for connection beyond their property, but everything they left behind inevitably finds them. Bidding for re-election, the president places a supposedly eco-friendly landfill right next door.

Writer-director Mounia Akl and co-writer Clara Roquet have, in effect, put Walid and Souraya at the epicenter of an existential struggle the entire country has been trying to reckon with for years. Costa Brava, Lebanon becomes a nexus point for hope, despair, progress, and broken promises by way of a wolf in sheep’s clothing. Tarek (François Nour) assures the family that everything is being done with ethical and international protections in place. He’s an environmental engineer after all. No matter how it looks that they’ve seemingly picked the last green space the area has at its disposal to blow-up a giant hole (and fill it with the trash voters no longer want on their doorsteps), they’re doing things “right this time.” Walid correctly guesses it’s all a ruse.

What follows isn’t a legal fight, though. Walid wants to sue them once he witnesses this landfill is just as volatile and polluting as the last, but even he knows it’s a long shot. Akl is thus more interested in seeing how this long-time-coming certainty will ultimately push the quintet to its breaking point. Because if the trouble they left has found them today, who’s to say it won’t find them tomorrow? Souraya gave Walid these years because she loves him and saw how his futility was eating him from the inside out after acknowledging just how useless his protesting had proved for real systemic change. They always agreed they’d go back if they became unhappy, though. And she simply can’t hide the fact she is anymore.

The festering cracks of their tenuous foundation reach critical mass. Zeina has tried getting a visa to live with Alia for a while now—to “live a bit” before dying. Tala is so desperate for human contact (platonic, romantic, etc.) that a smile from Tarek puts her lust into overdrive. Discovering her mother was a famous singer who wrote with passion and knew how to live in the city only makes her wish she could experience that too. And little Rim is the opposite. She’s Daddy’s girl with a precocious sense of entitlement and superiority where it concerns property and sanctimony (to great comedic effect). While this ensures she’ll fight for her father’s wishes without hesitation, it also means she’s the only one who might change his mind.

Akl provides the scenario a keen insight that only someone going through the same push and pull as the characters could. She draws Zeina as the carefree spirit they all need to at least remember none of this is that serious. Move or don’t move—it won’t make you less Lebanese, no matter how vehement Walid is to the contrary, mocking Alia for “pretending” her heritage means something on social media despite remaining thousands of miles away. Is he any better? Walid may still live in Lebanon, but he’s pretty much retreated into hiding. His once-vocal, intellectual rebel isn’t even superficially spreading his ideology on the Internet. He’s simply gone silent. As has Souraya; it’s eating away at her. She must go back.

What, then, is left but fighting? For family. For Beirut. For Lebanon itself. Staying on this mountain has allowed Souraya to recharge her batteries and Walid to succumb to his fears. To remain only tears them apart. If they aren’t careful, the eight years they’ve spent there might have already done it. The choice therefore turns to one between martyrdom and rebirth. Die alone or live together. It seems so simple a concept on paper, but Bakri and Labaki’s performances give it so much emotional heft that you can feel the weight of its importance, regardless of whether you’ve ever had to make a similar decision yourself. That Akl allows them the room for humor only adds to its resonance. The time is always now.