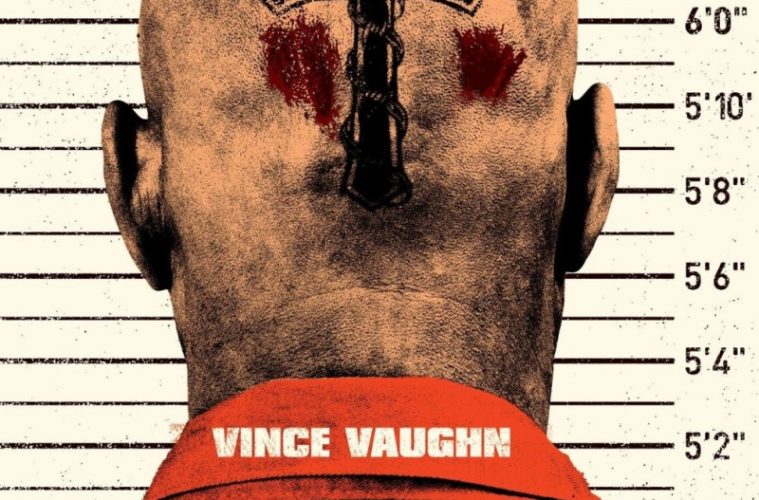 S. Craig Zahler is the kind of genre filmmaker who’s making films unlike anyone else in his field today. His 2015 debut Bone Tomahawk pulled together an impressive cast of character actors to make a two-plus hour western/horror hybrid, spending its sweet time building to a repulsive finale. The long runtime, slow pacing, and abrupt tonal shift all worked, though, thanks to Zahler’s memorable dialogue and imagination when it came to horrific violence. Brawl in Cell Block 99 sees the writer-director sticking to the same formula that made Bone Tomahawk work so well, and it’s hard not to blame him. Usually formulaic would be a bad thing, but Zahler is the only one using his particular formula, and the results are just as brutal and entertaining as before.

In a sort of prologue to the main narrative, Zahler introduces Vaughn as Bradley Thomas, a mechanic who loses his job and finds out his wife Lauren (Jennifer Carpenter) has been cheating on him within the span of a few hours. Zahler sets things up for an explosive showdown before he subverts expectations in order to lay down the groundwork for what’s to come. Bradley’s reaction to his wife’s infidelity leads him to destroy her car with his bare hands, followed by the two of them agreeing to stay together and try to make their marriage work. Besides its originality, the sequence establishes Vaughn as a physical powerhouse with a sensitive side, while adding character to his marriage in order to raise the stakes later on.

Zahler then flashes forward by 18 months to find Bradley working as a drug runner and living in a new home with a very pregnant Lauren. Bradley gets a call to tag along for a supply pick-up that he feels wary about, and sure enough the deal goes awry, resulting in a seven-year sentence for drug trafficking. Soon after entering prison, a man (Udo Kier) visits him as a representative for the client who lost out on the botched drug deal. The client holds Bradley responsible, and has kidnapped Lauren in order to give Bradley an ultimatum: kill a prisoner residing in cell block 99 in order to repay his ‘debt,’ or an abortionist will slice off the limbs of his unborn baby. This shift to a brilliant high-concept idea is where the brawl (or, well, brawls) in Brawl begin, and where Zahler indulges in disgusting gore as unforgettable as the splatter violence in his last film.

It takes Zahler nearly 90 minutes to get to cell block 99, and like Bone Tomahawk the journey to that point is a surprisingly engaging one. It helps that Vaughn – playing against type as the bald, tattooed, and hulking Bradley – is fascinating in the way he emphasizes his character’s strength while throwing out plenty of great quips (when one prisoner tells him he wishes they were at a fancier prison like in Austria, he snaps back with “You should aim higher with your wishes.”). It also helps that character actors like Fred Melamed, Udo Kier, and Don Johnson show up in supporting roles, all of whom chew on the snappy dialogue with the kind of panache that makes them so good at what they do. Zahler’s deliberate pacing when it comes to story is what gives his film an edge over other genre titles like it, and it helps make the payoff have an even bigger impact.

When the final act does kick in (although it might be better to say stomp in), Zahler turns his directorial weaknesses into strengths. Zahler has worked as a cinematographer in the past, a surprising fact considering Brawl looks like a big, blue pile of bland digital photography. But Zahler’s lack of visual prowess comes in handy when he stages fights between Bradley and his opponents in jail, as he stands back and lets them unfold in long takes that look flat. The simplicity of the set-up works here because it emphasizes the bluntness of the action, with Bradley treating bones like twigs and faces like mops. What Zahler’s direction shows is an intelligence with his approach to genre, working within limitations (be they creative or budgetary) to deliver a throwback to ‘70s exploitation films that elevates itself above the low-rent expectations associated with these types of movies. And it’s the brains behind the brawn that makes Brawl in Cell Block 99 one of the year’s highlights in the action genre.

Brawl in Cell Block 99 screened at the Toronto International Film Festival and opens on October 6.