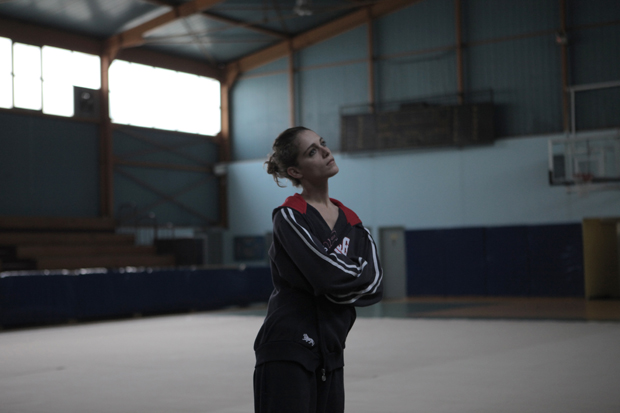 There are many films that tie things up in a satisfying bow, resolving all arcs and delivering a story that is meant to engage. Then there are more abstract films that may care more about a certain style then narrative or its characters. Then there are films from Giorgos Lanthimos. After viewing his foreign Oscar-nominated Dogtooth in theaters last summer, its emotionally scarring images still run through my mind. The Greek director conveyed a satire of parental control to the absolute extreme. He is back fairly quickly on the fall festival circuit with Alps, but this one never reaches the striking bite of its predecessor.

As with Dogtooth, this is a film that is better experienced without knowing a single thing, so proceed with caution. Following a small group of people calling themselves Alps, we eventually learn they are substitutes and not in the academic sense. When a person dies, they are trained to take their spot for a few hours each week to help with the grief and pain held by their loved ones. They sport clothing of the departed, memorize scripts in order to act out familiar situations, even pursue relationships they held. Dogtooth star Aggeliki Papoulia leads again, this time as Monte Rosa, a nurse by day who oversteps boundaries in the Alps group when she goes behind their leader Mont Blanc (Aris servetalis). She takes on a client whose sixteen-year-old, tennis-playing daughter has passed away in a car accident. Things get complicated when she becomes too attached to this freelance job and forgoes telling the group about it.

None of these details are given up front, only gradually conveyed through carefully composed shots from cinematographer Christos Voudouris and the script by Lanthimos and Efthimis Filippou. The jet-black comedy is present again but not nearly as effective this time around. The origination of the name Alps garners the first big laugh, but the remaining humor mostly relies around our deadpan characters portraying the deceased. These situations range from breaking it off with a co-worker to false exuberance from oral sex. There are funny bits and pieces, but Lanthimos is repeating similar jokes to little effect, especially when it comes to the obsession with Hollywood, an element tackled much better in his last film.

The violent climax (if one can use that term), is strikingly congruent in method to Dogtooth as well, but also less of a surprise here. The story unravels in a similar fashion, learning new pieces with almost every scene, but the build-up is minor one. Instead of delivering an overarching message, Lanthimos is eager to focus on the journey of his characters, especially apparent in the final shot. Considering my lack of emotion in that regard, I come away thinking this was step-down for the filmmaker. Post-screening discussion are warranted and likely necessary, but there is little initial impact to be felt here.

Alps is playing at the Toronto International Film Festival.