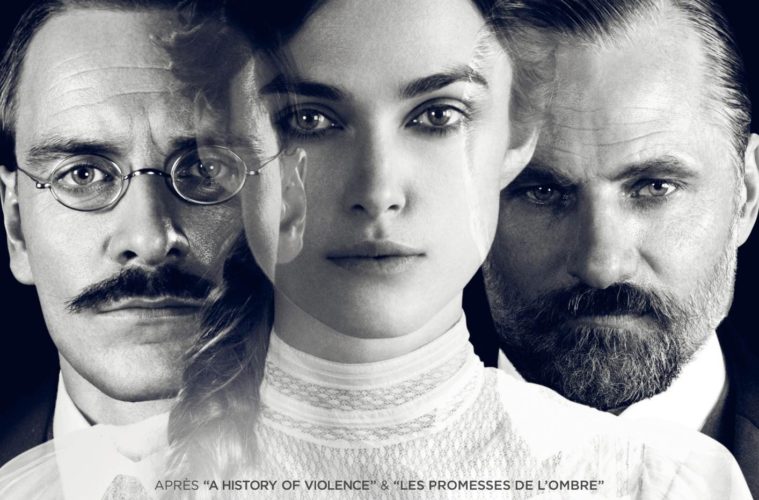 Marking his third collaboration in a row with Viggo Mortensen, director David Cronenberg also teams him with break-out star Michael Fassbender as they delve into the subconscious for A Dangerous Method. Christopher Hampton has adapted his own play, The Talking Cure, which tells of a young Carl Jung (Fassbender) and his psychoanalyst mentor Sigmund Freud (Mortensen) in the formative years of their now iconic theories. In the first scene, a disturbed patient named Sabina Spielrein (Keira Knightley) arrives for treatment by Jung at a Zurich mental hospital, and her influence forms the through-line for this historical period piece.

Cronenberg isn’t concerned about a kinky shock factor; rather what our subdued sexual desires might mean, and why these two men were the ones to attempt an answer. Perfect for a Psychology 101 class, discussions of these methods and ideas occupy nearly every scene. When it comes to a cohesively-engaging film, it frustratingly comes up short. We see a vast transformation with Knightley’s character as she goes from a tortured, sexually damaged soul to an established psychoanalyst. Entering the film full of physical spasms and jaw contortions like something out of a horror movie, it is difficult to initially judge her performance. Coming off somewhat silly, she lays all the cards on the table and ends up owning later scenes with her unearthed smarts. But long talks between Jung and Freud range from insightful and humorous (Mortensen’s candid demeanor providing that element) to somewhat stagnant. Eager to get to the next time period in this nine year stretch, the only thing linking these discussions seem to be simple chronology. For such smart men, their groundbreaking psychology rarely coalesces and one comes away wishing their relationship and its effects had been fleshed out more.

The most interesting of these talks — as well as the emphasis for Jung’s major struggle with his ideology — comes with the arrival of Otto Gross (Vincent Cassel). His part may be small, but the weight of his influence on our lead and the comedy he adds are appreciated. His free-thinking way of sexual liberation is a catalyst for Jung and Spielrein to begin fulfilling their desires.

Keenly directed with his usual restraint, Cronenberg adds minimal cinematic flourishes to this adapted play and never overindulges in eroticism. Consisting of a few spanks and thrusts, the startling aftermath of losing one’s virginity is the most effective touch in this arena. Gorgeous establishing shots from cinematographer Peter Suschitzky elevate his orthodox selections during dialogue.

Budding psychologists may extract more from the story, but fine acting and an informative (but stilted) glimpse into the early relationship of these two influencers wasn’t enough to completely pull me in. Despite Cronenberg’s skill at crafting smart, off-kilter dramas, there is the continual feeling that these pieces should have just a little more association and meaning.