TIFF Review: A Banquet is an Intimate, Nightmarish Portrait of a Fracturing Family 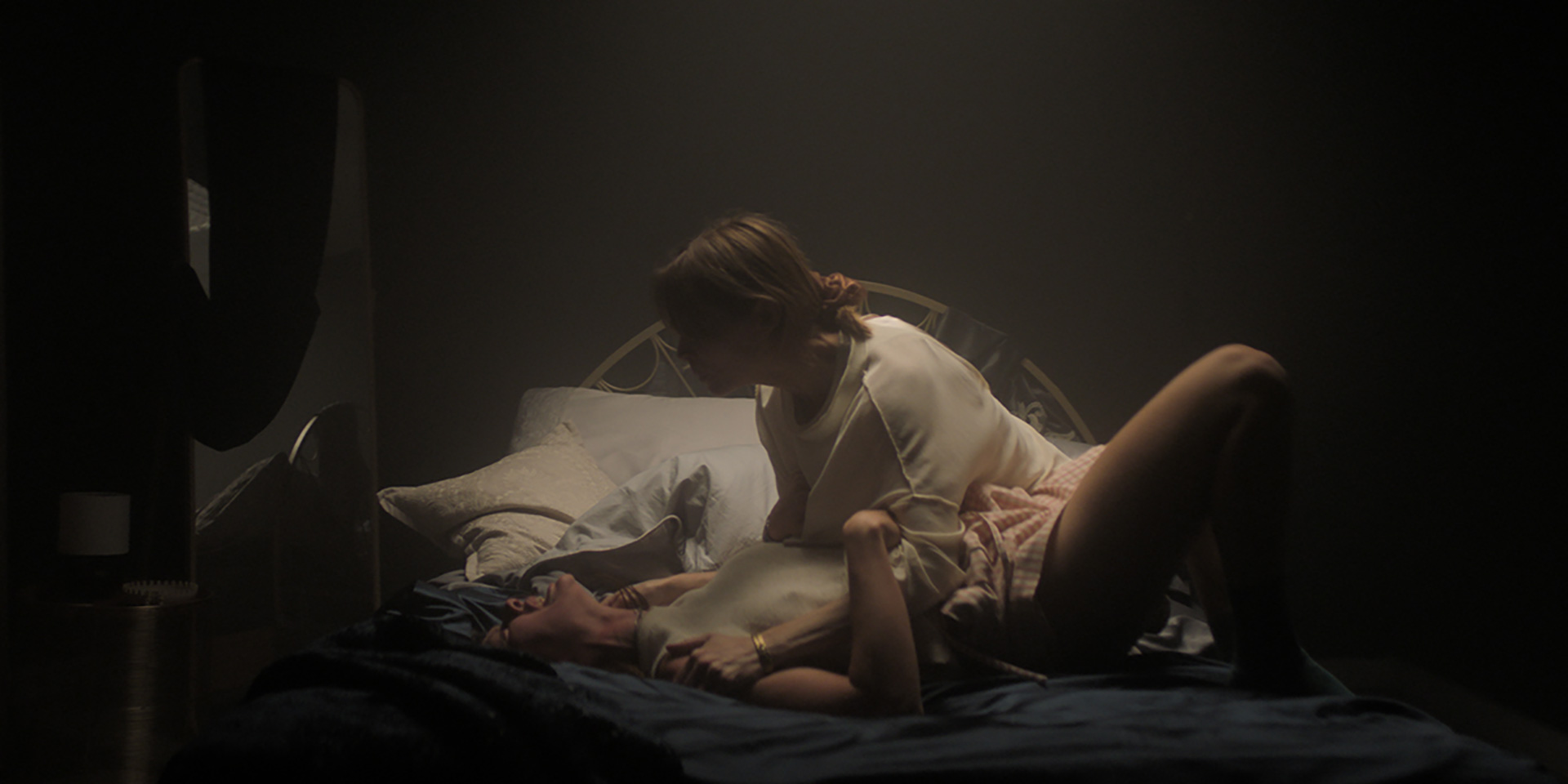 It’s a question we ask through the duration of our lives: what’s the point? Maybe you say these words in search of meaning where humanity as a species is concerned. Maybe it’s to find purpose as an individual when nothing seems to be going right. Jason (Richard Keep) wonders what the point of surviving is when his fate has already been sealed. His wife Holly (Sienna Guillory) is being forced into the role of caretaker while also wading through the reality that she’s now a single mother, regardless of breath remaining in his lungs. Is hers and their daughters’ (Jessica Alexander’s Betsey and Ruby Stokes’ Isabelle) suffering worth it? Will ripping the Band-Aid off now render their ability to cope with his loss easier? Easy answers don’t exist.

They don’t when it comes to love, either—we are creatures of the moment. We process our current circumstances and calculate a plan. Does Holly proving more open with Betsey in large part because she’s older—and thus dealing with her father’s death on a similar level—mean she loves Isabelle less? Of course not. We see that her younger daughter is less affected and prone to occupying herself while the eldest is both flirting with her own bout of nihilism—what’s the point of college and society’s fake evolutionary structure if her world has already been flipped upside-down?—and cognizant of the emotions roiling beneath her mother’s calm façade. Holly and Betsey thus rely on each other more to quietly cope than divide.

That doesn’t mean it doesn’t hurt, though. As director Ruth Paxton and screenwriter Justin Bull expose throughout A Banquet, the form our love takes as its giver isn’t always the form its receiver needs. Jason’s decision to free his family from his burden was based on love despite inevitably hurting them more than any frustration or resentment caring for him supplied. The way Holly’s mother June (Lindsay Duncan) needles, pries, and interjects is borne from love, too, even if its patronizing and entitled air sends her into a rage—one that’s exacerbated by their own shared past. They are all women juggling the patriarchal expectations placed upon them as wives and mothers against the yearning to be themselves outside those roles. It’s enough to break the strongest resolve.

June needs to fix. Holly needs to breathe. Betsey needs space. Isabelle needs affection. And the way they each seek to acquire those things can’t help but risk hurting the relationships that must be compromised as a result. They’d love to drop off the map (like we all would) and ignore the pressures and responsibilities weighing us down. They’d love for who they are to be enough for those expecting them to be who they want instead. Since these things are impossible in our present narcissistic world, however, something must change first. They must find the faith to believe everything will work out despite the pain they’ve suffered repeatedly for decades. Betsey unwittingly sees that potential utopia in the distance. She understands and accepts God’s plan.

This newfound purpose manifests in fugue states and a complete rejection of food. In what is less a fast than a physiological alteration to existence, Betsey simply no longer needs to consume. Add whispered mumblings and lucid spells explaining how she’s become a prophet readying the world for its long-awaited reset from the failed experiment currently circling the drain and it’s no surprise everyone around her grows worried. June wants to send her away to a lithium-fueled retreat. Isabelle wants her to snap out of it and be “normal” again, lest she still feel like a pariah by proxy. And Holly wants her to be safe in whatever form that takes. She’s been the victim of a power vacuum over her body before and will not return the favor.

It won’t be easy, though. Holly will need to reject everything she’s been taught and everything she wishes she can do for her daughter’s salvation to manifest her own faith—a faith in Betsey herself. That means pushing June away and neglecting Isabelle. It means diving into research on “end of days” topics to discover what it is that’s taken hold. The question of whether this path is ruled by insanity, divinity, or demons is even brought up through a Japanese myth about the futakuchi-onna. Where the latter speaks towards a woman neglecting her “duties,” it’s also introduced as a way to turn Betsey into the evil doing harm. Suddenly she becomes the parasite draining this family of its ability to survive debilitating grief.

Uncertainty abounds, Paxton utilizes it to heighten suspense as days go by and the family fractures further. Nightmarish images arrive as reality conjures its own form of fear through the self-harm Betsey endures while lost in whatever stupor continues wreaking havoc. And we’re left wondering what, if anything, can save them. Because while Betsey and Holly ask the big questions, everyone else repurposes them to fit their own petty First World problems. To them the world is the tiny bubble in which they walk. To Betsey and Holly it’s a vast ecosystem in which they’re a single grain of sand. Glimpsing the blood-red moon above is thus an overwhelming experience for them that proves mankind’s existence is inarguably inconsequential. The rest don’t bother looking up.

There are many comparison points to be made between Paxton’s debut and that of Rose Glass’ Saint Maud—for better or worse, depending on your opinion of the latter. A sense of dread and ambiguity are at the forefront, albeit less volatile in its import when there are more characters to worry about here. It’s easy to forget the bigger-picture ramifications of what Betsey says when we’re so invested in the familial strife. While this truth allows a mother’s love to become the accelerant needed to restart our world, it unfortunately also leaves the equally compelling dynamics shared between Holly and both Isabelle and June by the wayside. The conclusion is thus less incendiary than it is melancholy.

That’s not to say A Banquet‘s success is necessarily inferior. It is its own beast that excels upon its different path by needing two believers to ultimately find its resolution. The intimacy that demands is where the film shines; it forces Holly to make a choice. Is it more important to believe Betsey and this notion of a fresh start? Or to believe that her daughter is mentally unstable and in need of help elsewhere so that the rest of them can continue with their reductively hollow, listless lives? All four main actors deliver great performances as they choose their respective paths forward. Stokes and Duncan look to survive today; Alexander and Guillory hope to survive tomorrow. It’s one life versus billions either way.

A Banquet premiered at the Toronto International Film Festival and will be released by IFC Midnight.