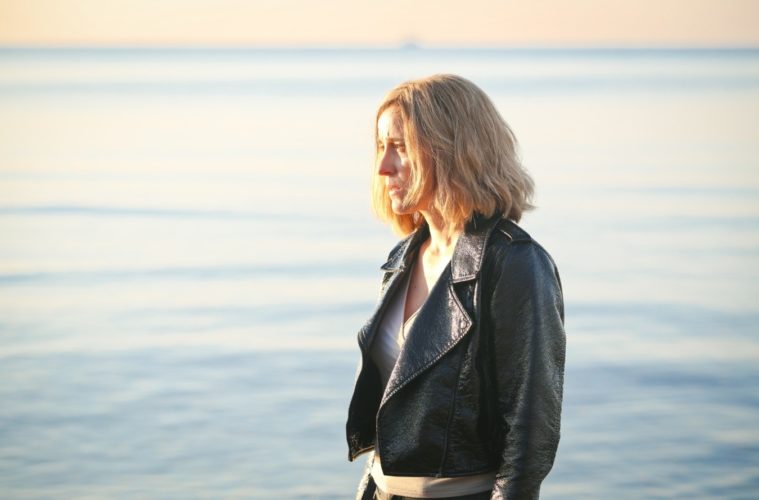 Thessaloniki Review: ‘The Miracle of the Sargasso Sea’ is a Mystifying if Uneven Fable

It seems as though you really have to be a Missolonghi native to appreciate the beauty of that swampy eel-fishing Greek town where the characters of The Miracle of the Sargasso Sea aimlessly drift. Take it from those who just happen to be stranded there, and the picture you’ll get will be drenched in dread and ennui. “I still feel like a stranger here,” a long-time transplant muses half way through Syllas Tzoumerkas’ third feature, “it’s something deep in my heart.” Of the Sargasso, that mysterious ocean gyre stretching across the Atlantic where the world’s eels return to spawn and die, this singular offering only bears the name. And there are hardly any miracles in Missolonghi, a town hiding secrets and daytime hallucinations like a sun-scorched Twin Peaks. Writer-director Tzoumerkas sets his third feature in a place where time ticks differently, if at all, and the result is a mystifying genre-blending-and-bending trip that conjures a haunting locale, but ultimately suffers from an anfractuous and uneven script.

Of the many folks marooned in Missolonghi, two women cannot wait to leave town for good. Angeliki Papoulia (as seen in Yorgos Lanthimos’ Dogtooth and The Lobster) plays Elisabeth, a former Athens-based SWAT officer who once dared to stand in the way of her crooked superiors, and was gifted a one-way ticket the sleepy backwater in return. Stranded in Missolonghi with her estranged teenage son and the occasional lover, she careens through her days in a perpetually hungover haze, spicing up her routine patrols with casual cocaine consumption, and the more regular drinks. As the town’s chief of police, part of the charms and irony of Miracle is to witness Papoulia take the bad cop trope to a whole new level, her Elisabeth ruling the city with a belligerent, foul-mouthed swagger–the badass façade belying an existential void that the exile in the insular community has only widened. That Missolonghi is as suffocating and sticky as the swamps that surround it is as clear to Papoulia’s cop as it is to the woman Elisabeth’s life will intertwine with, Youla Boudali’s Rita (interestingly, Boudali also served as the film’s co-scribe). A hapless worker at the town’s eel-factory, Rita is sister to one of Missolonghi’s VIPs, Manolis (Christos Passalis), a singer and night club owner with a penchant for expensive convertibles, class A-drugs, and questionable fashion choices. It’s a brother-sister relationship fraught with humiliations and abuse by the former against the latter, the extent of which will only appear clear in the film’s final segments. Suffice here to say that the sleazy and trashy pop-star wannabe has plenty of reasons not to let his downtrodden sister ever leave town, lest she may reveal a few horrific secrets implicating him in some orgiastic and not-so-consensual rituals with other Messolonghi folks.

It takes a suspicious death–and over half of the film’s leisurely two hours–before Rita and Elisabeth finally cross paths in a hospital ward. Until then, their separate journeys had been peppered with all sorts of hallucinations, which the rendezvous only intensifies. They are visions (or flashbacks?) where Greek tragedy teems with biblical symbolism, and Missolonghi’s swamps become the unlikely stage of some nativity reenactments. It’s all part of Miracle’s multilayered and surrealist texture, but while the film’s endless cartwheeling across themes, narrative planes, and allegories certainly does make Tzoumerkas’ a singular offering, the hodgepodge it concocts can oftentimes strike as maddeningly confounding. As a mystifying hybrid blending together all sorts of genre markers, Miracle draws some of its most hypnotic and convincing material from its dreadfully still and ominous setting. That Twin Peaks analogy isn’t really that far-fetched, considering there are moments Tzoumerkas’ Missolonghi exudes that tight-lipped angst that made Lynch’s Americana so uncannily frightening. Composers Jean-Paul Wall, Drogatek and Phoebus add to the growing uneasiness with a score that echoes some of Apparat’s disquieting tunes. Alternating handheld camerawork with zooms and drone shots, cinematographer Petrus Sjövik paints in disturbingly bright strokes, amplifying the sense of timelessness and entrapment that permeates many a shot.

But Tzoumerkas and Boudali’s script, as ambitious as it is labyrinthine, ends up compromising the final result. There are simply too many characters, subplots, and ideas for Tzoumerkas to handle everything with the required dexterity and depth. And if the narrative zigzagging and overstuffed plot can feel alienating, the frustration pales before the feeling that Miracle may effectively abandon its most boldly absurd tones right when the film should follow them through. For all the surreal psycho-trip it beckons you into, it feels somewhat disappointing to see Miracle default to a surprisingly conventional finale. It’s a pity, because in his own, flamboyant and patchy way, Tzoumerkas had conjured an original and hypnotic fable, and a perturbing place to tell it from. If only he’d held on to that vision until the end.

The Miracle of the Sargasso Sea screened at the Thessaloniki International Film Festival.