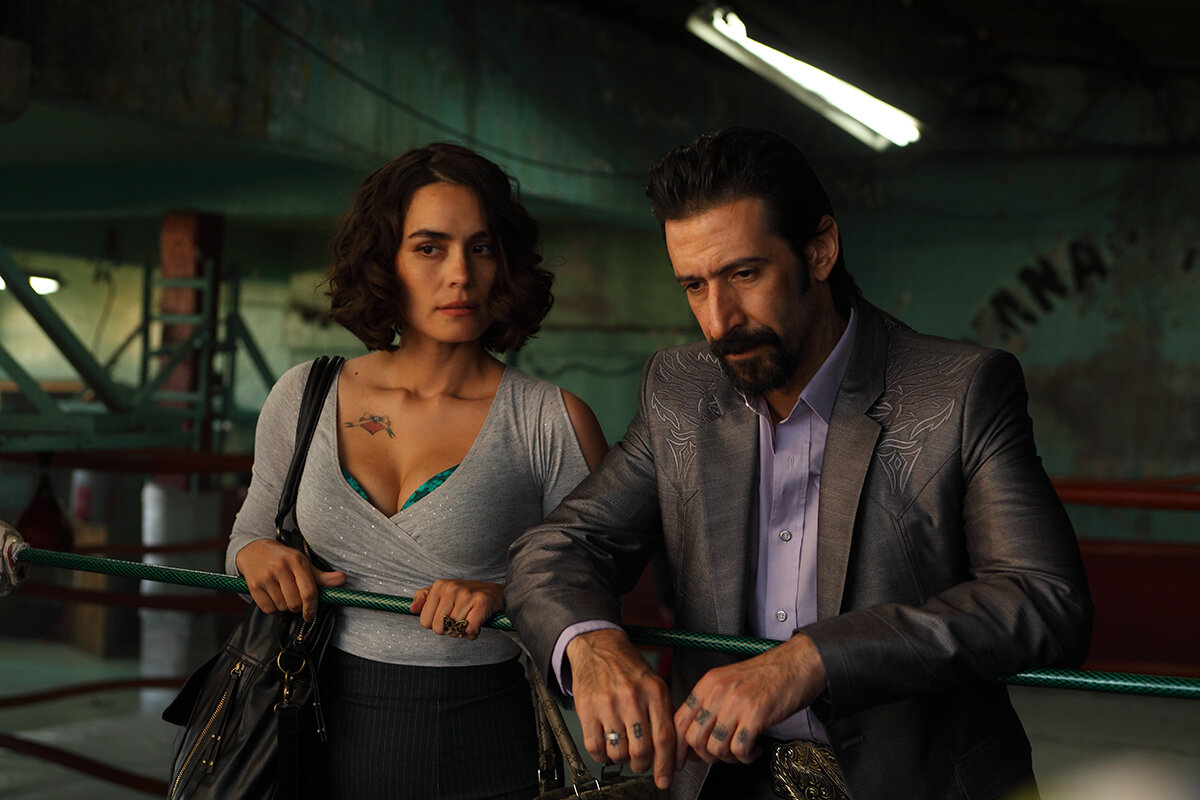 Within the burgeoning action sub-genre of fathers scorching earth to save their child, one will not find a film meaner than There Are No Saints. Written by Paul Schrader and directed by Alfonso Pineda Ulloa, this nasty thriller concerns Neto (Jose Maria Yazpi), a former hitman fresh out of prison and determined to get on the straight-and-narrow. Unfortunately, his former cartel employers don’t love the idea. Neither do the corrupt law enforcers they have on payroll. This discontentment extends to his ex-flame Nadia (Paz Vega) and estranged son Julio (Keidrich Sellati). Everyone’s in danger. Turns out Nadia’s new boyfriend (Neal McDonough) is affiliated with the cartel, and kidnaps Julio once the heat is on.

Yazpi is a brooding sort, to be sure, though he lacks bravado for the lead role. In fairness, this film asks him to play a multitude of emotions without the scenes to support the complexity. He’s helped by a reliable supporting cast, including small turns by Tim Roth and Ron Perlman in a truly evil performance. The standout is Shannyn Sossamon, doing solid work as Inez, a barkeep who becomes Neto’s “His Girl Friday.” She offers a bit of levity and splash of charm throughout a second act that lacks much of both. Here is an actress who never got the credit she deserved, even after a red-hot start to her career (A Knight’s Tale, 40 Days and 40 Nights, The Rules of Attraction). Let us hope this plum role spells the beginning of a Sossamon resurgence.

There is something admirable about the sheer hopelessness of this narrative. It’s not altogether surprising given Schrader’s imprint, but it lacks the nuances of something like First Reformed or The Card Counter. Certain scenes play too choppy, like they were operated on extensively in post. Too many lines of dialogue patch together exposition, appearing to be band-aids for a plotline that is incredibly straightforward. One highlight is certainly pace—There Are No Saints moves at an appreciably fast clip. Unfortunately, nothing improves upon the very engaging first five minutes. A potentially memorable shootout is undone by editing that disrupts any cohesion, as well as the especially brutal finale.

One can appreciate the intentions: an aesthetic meant to be a throwback to crime thrillers that fueled 1970s American cinema. A worldview as acidic as the world in which we live. An antihero so evil those watching will wonder if he’s worth rooting for. Considering Schrader wrote those foundational texts, that another director adapts one of his scripts for a release in 2022 is, in a way, heartening. In another way, it is disappointing There Are No Saints is so lackluster.

There Are No Saints opens in theaters and VOD on May 27.