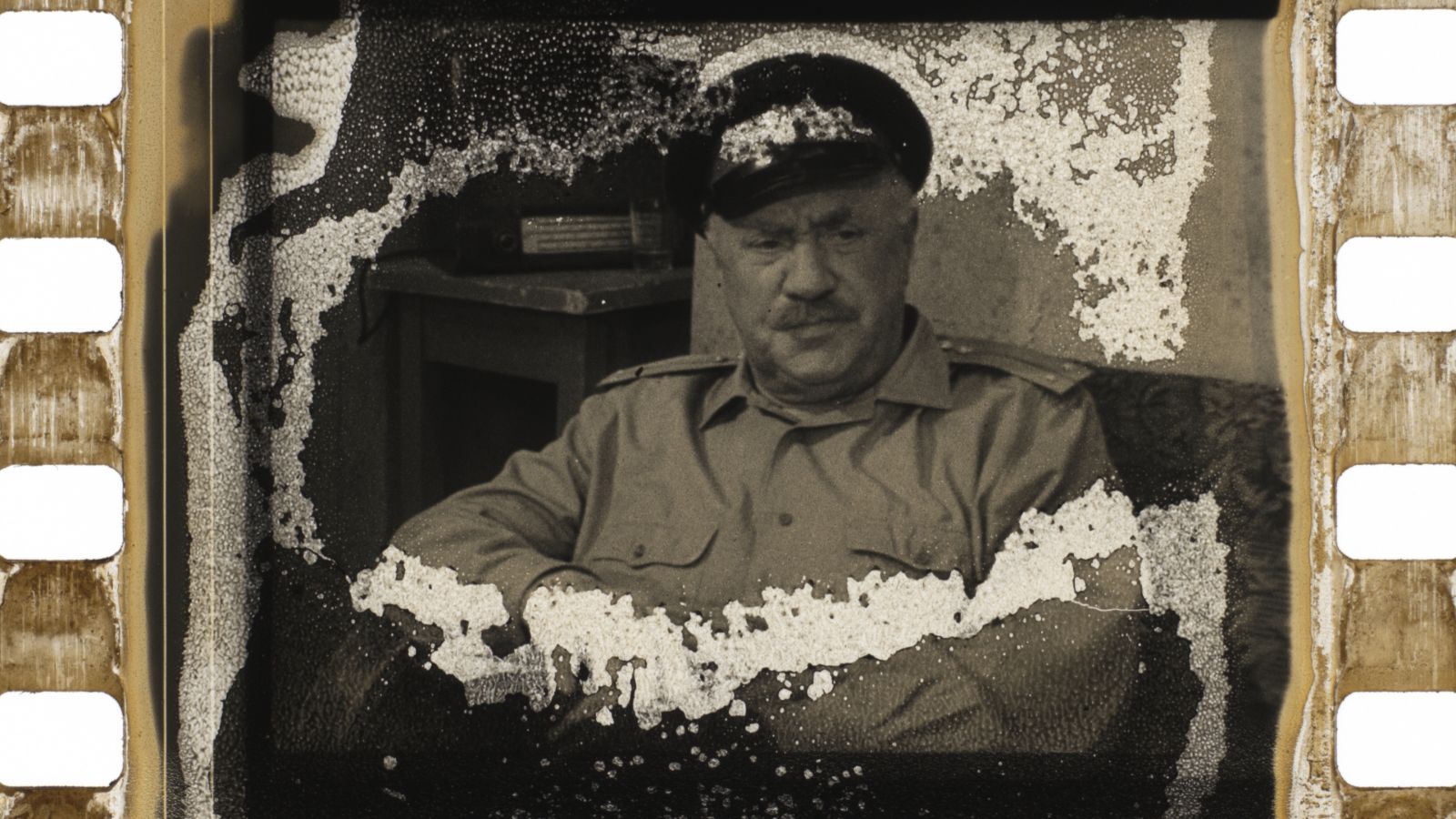 It is hard to overstate how important Bill Morrison’s work is to the language and history of cinema. As much a historian as he is a filmmaker, Morrison seeks out long-lost work and brings them back to life. In often merging these rescued images with beautiful, cerebral music, a new piece of art is built atop the old, offering both a celebration of what’s been found and what is still to come.

Morrison’s new feature The Village Detective: A Song Cycle is a slight departure, though no less effective. This time around the discovered film is one that was never lost. In fact, it’s a movie rather well-known in its native country of Russia. In 2016, the late, great composer Jóhann Jóhannsson reached out to Morrison about some film canisters that a fishing boat had caught in their net off the coast of Iceland. The four reels inside made up an incomplete copy of 1969’s Derevenskiy Detektiv [Village Detective], starring Mihail Žarov. It concerns a missing accordion and the small-town police officer (Žarov) on the case. In an inspired move, composer David Lang scores the picture with a beautiful, introspective, melancholy accordion.

There’s an interview or two with curators and archivists at the top to help contextualize the find, the film, and lead actor Žarov. The star would go on to play the same police office character (named Fyodor Ivanovich Aniskin) a few more times towards the end of his life. We are told his fame in Russia at the height of his career was comparable to that of Humphrey Bogart in the United States. What we see of the film in The Village Detective is mostly scratched, torn, or otherwise damaged. And though Derevenskiy Detektiv is a slight comedy on its own, Morrison and Lang construct something with a larger scope and longer reach. By examining the entirety of Žarov’s accomplished filmography we are offered a peek into world history as a whole.

This is what Morrison does. It’s like a sneak attack. What starts as a documentary about film reels discovered near the Mid-Atlantic Ridge becomes a chronicle of the Soviet Union through the lens of a popular actor’s successes and failures. Consider a sequence in which we are shown the only remaining footage of The Fall of the Romanoffs, an American picture released just six months after the February Revolution. In the surviving, massacred footage we see Edward Connelly portray the evil Rasputin. The warps and imperfections only make Connelly’s performance more menacing, onscreen text giving further detail into the making of the film. What was once lost becomes something new and frightening and revelatory. A nugget tucked inside a larger picture. Footage histories, misremembered narratives, survived in amber thanks to cinema.

If this all reads a bit lofty, that is the intention. Surely there is a bit more to be gained from Morrison’s more ambitious Dawson City: Frozen Time and The Great Flood. There are undoubtedly limitations to the back half of The Village Detective: A Song Cycle, wherein everything gets a bit smaller and more focused. Yet an early moment—pulled directly from the Derevenskiy Detektiv print—lingers: “Of course cinema has the most mass reach compared to the other arts… but music is meant to educate men, not only aesthetically, but also, if it’s possible to say, politically as well. Song helps us build and work. The accordion was stolen.”

The Village Detective: A Song Cycle opens on Wednesday, September 22 at IFC Center and will expand.