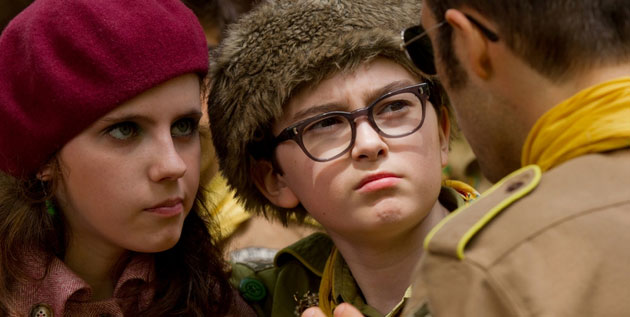 The Top Breakthrough Performances of 2012 For every fresh, new face in directing this year (check out our best directorial debuts of 2012) there have been an equal number of new stand-outs on the other side of the camera. While anticipation for many of the year’s films relies around certain actors or actresses, we’ve rounded up a group of talents that were virtually unknown a year ago, but thanks to stellar performances they are now deservedly in the spotlight. While some are already well on their way to fame, signing to a number of projects, the others will surely be on their way, especially if last year’s rundown was any indication. Check them all out below and let us know your favorites in the comments.

When thinking of breakout performers, we rarely give action stars their due credit. We swoon when Tom Cruise runs down a building or does his own fights, but when a newcomer hits the scene we just shrug our shoulders. So let’s take a moment to give Gina Carano some well deserved credit – when Steven Soderbergh was looking for the perfect balance of unflappable grace and bone-breaking action for Haywire‘s Mallory Kane, she delivered in spades. Her effortless fighting prowess more than highlighted the pugilistic deficiencies of her thespian counterparts, so long as you weren’t too busy feeling their pain to notice. – Brian R.

Lola Créton (Goodbye First Love and Something in the Air)

I saw Olivier Assayas’ Something in the Air with, I kid you not, virtually zero awareness as to the existence of Lola Créton. This lack of familiarity, much like Scoot McNairy, may have given her an unfair advantage, what with that lack of prior associations and the like. But I then saw Goodbye First Love, the newest work of Mia Hansen-Løve — Assayas’ wife, in what I think is a not-so-coincidental side-note — and was taken aback by the equal (if not greater) power of her turn here. Although her beauty contributes to an undoubtable onscreen luminescence, Créton and her directors wisely use that to expose hidden levels of vulnerability and strength, adding resonant layers to what’s on the page. You can see Goodbye First Love on Netflix Watch Instantly while the better of those two, Something in the Air, will open this coming spring. Don’t miss it. – Nick N.

Dane DeHaan (Chronicle, Lawless, Lincoln, Jack and Diane and The Place Beyond the Pines)

From seemingly nowhere, Dane DeHaan has turned heads and landed the coveted role of Harry Osborn in the upcoming The Amazing Spider-Man 2, but it’s definitely no mistake. His 2012 roles spanned a loner sociopath finally standing up for himself after receiving superpowers (Chronicle); an unfortunate bootlegging lackey happy to stay in the shadow of his one and only friend (Lawless); an idealistic, star-struck soldier caught almost speechless in the presence of the President (Lincoln); and a troubled, adolescent reconciling his current lot with the hot-tempered shoes of a dead criminal father (The Place Beyond the Pines). Providing neurotic, introverted eccentricity opposite a potently volatile knack for turning a dangerously pitch black, DeHaan should see himself further in the limelight in the years to come. – Jared M.

It’s not very often that an actor other than a Wilson brother, Jason Schwartzman or Bill Murray gets to take the reigns in a Wes Anderson film. With Moonrise Kingdom, not only did Anderson incorporate a new 1960s period, but he also found two young actors that fit seamlessly into his angsty, yellow-tinted world. While watching both Jared Gilman and Kara Hayward play the troubled duo of Sam Shakusky and Suzy Bishop, I often forgot just how young they actually were, thanks to the way they effortlessly handled Anderson’s mature dialogue; not to mention their ability to carry the entire film without any help from veterans like Bruce Willis and Murray. Their performances were nothing but impressive and I eagerly wait for where they venture to next. – Megan E.

Dree Hemingway, daughter of actress Mariel Hemingway (of Woody Allen’s Manhattan) and great grand-daughter of Ernest Hemingway was bound to have some artistic genes in her, and sure enough, her role as Jane in Starlet, as a twenty-something who befriends a much older woman, makes evident her talent. Despite a lack of an explanation within the film, Hemingway adds layers of humanity to every scene, suggesting guilt, altruism, loneliness, and more without the script ever needing to make one of them clear. Hemingway shifts seamlessly between low-key conversations and impassioned demands, instilling her character with an undeniable realness that such a low-scope indie drama needs to succeed. Thanks to Hemingway’s versatility, Starlet succeeds as a stunning portrait of the things we can know and the things we can only suspect about other people. – Forrest C.

Caught inside a film that can’t be described without the word ‘harrowing’ involved, young Tom Holland steals scenes inThe Impossible from the likes of Ewan McGregor and Naomi Watts. Introduced as a bit of a spoiled brat ungrateful for the traveling lifestyle his father’s job has provided, his evolution in the face of tragedy is a revelation. He becomes the rock for less fortunate survivors to rally around and the light at the end of a tunnel for two parents unsure of survival. It’s an emotionally nuanced turn that should open a lot of doors for future, equally weighty roles. – Jared M.

Few performances this year were filled with as much enthusiasm as Anne Marsen‘s lead role in the Kickstarter-funded dance feature Girl Walk // All Day. Already included in our Most Overlooked Films of 2012 feature, this project follows the dancer (and two others) as they use their body to convey surprising emotion amongst waves of unexpecting New York City crowds. Once can watch the entire thing here for free and with her next effort, we can only hope Marsen gets a few lines. – Jordan R.

It’s easy to stand out when your own name is so unique, but lets not discount his placement here by only focusing on the trivial. In three solid films this year, Scoot McNairy managed what any great performer should strive for: melding into their film while, too, making you forget their past work entirely. I didn’t recognize him in Argo, found him hard-to-place in Promised Land, and, despite being “recognizable,” still completely disappeared in his best work of the year — almost the best work of anybody this year — with Killing Them Softly. All are different, all are great, and all make me want to see more of him this instant. – Nick N.

Handpicked from a reported 3,000 actors, newcomer Suraj Sharma was chosen to lead the biggest film on this list, Ang Lee‘s long-gestating Life of Pi adaptation. While I personally went into this one expecting to be dazzled by the visuals, it was Sharma’s reliable debut turn that pulls us through this journey. Considering he’s the only human actor onscreen for the majority of the runtime, it’s quite an accomplishment for your first go-around and while he doesn’t have any future roles lined up, expect that to change soon. – Jordan R.

Although he’s been working for over a decade, including a collaboration with Jean-Pierre Jeunet, it was this year that US audiences got to see Omar Sy in France’s major hit The Intouchables. Grabbing a Cesar award for his performance in this story of a quadriplegic and his caretaker, Sy has an undeniable screen presence, not only in stature, but with his eclectic charisma. It also won’t be long until we see him again, as he recently completed a major role in Michel Gondry‘s Mood Indigo. – Jordan R.

I first caught this Swedish beauty in the foreign film Beloved at VIFF in 2011 and the buzz had already ignited. I never thought she’d hit it this big this soon in Hollywood circles, though. With 2012’s A Royal Affair and Anna Karenina, Alicia Vikander showed the emotional weight casting agents knew she possessed, as well as the poise and confidence to star alongside the likes of Mads Mikkelsen and Keira Knightley respectively. It’s her turn as Kitty — one of love’s scorners/scorned in Anna — that left its mark on me as her hubristic naivety turns into a devastating humility as the clarity of her lot is revealed. Already rumored for Mark Romanek’s Cinderella and the upcoming WikiLeaks film, her star power continues to rise. – Jared M.

Quvenzhané Wallis and Dwight Henry (Beasts of the Southern Wild)

For his debut film, director Benh Zeitlin needed two actors that could convincing sell an entirely new world, and although he tested many professionals, he finally landed on two unknowns, both who manage to exert some of the best performances of the year. Auditioning when she was just five years old, the young Quvenzhané Wallis manages to guide us through her magical, treacherous surroundings, but it would have failed without a convincing relationship with her rough-and-tumble father Dwight Henry. If one needs further proof of their chemistry, we can look forward to Steve McQueen‘s Twelve Years a Slave, the upcoming feature film they’ve been cast in thanks to this break-out. – Jordan R.

What breakthrough performances impressed you most this year?

Head back to the first page >>