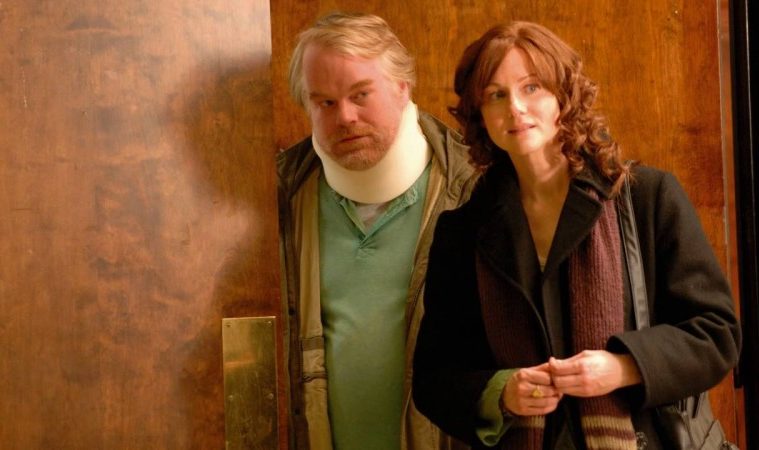 ‘The Savages’ and Tamara Jenkins’ Embracement of Life’s Small Absurdities

The Savages is not an end-of-life film terribly concerned with the inspirational indomitability of the human spirit or the beauty of mortality or other Oscar-baiting ideas. (That it nevertheless received two Oscar nominations is more a testament to whatever good stuff the Academy members were smoking this year. Seriously, review the nominations in 2008 and marvel at how atypical (that is to say, good) they are.) It also doesn’t quite travel the opposite direction of a constant low key common to many quasi-Hollywood, quasi-indies of the time. Writer/director Tamara Jenkins finds her own vibe, one which grants the film particularity ten years later.

Filmmakers discovered in the ‘80s and ‘90s who briefly flourished in the ‘00s low-budget boom before the collapse of midsized studio pictures produced work on a somewhat narrow wavelength. (They also often vanished in the wake of that collapse, which sadly happened to Jenkins after this film, though she’s now at work on a new Netflix production.) These were muted, formally stiff affairs made for their actors and little else. But Jenkins’ eye catches incidentals that enrich The Savages’ atmosphere.

When Laura Linney’s character is having sex with her married paramour, she reaches out to reassuringly graze the paw of his elderly, infirm dog. When she and her brother, played by Philip Seymour Hoffman, see their estranged father for the first time in years, the first thing the camera focuses on is his catheter bag, gradually filling with yellow drip. The film makes small absurdities its hallmarks not merely to lighten the drama or induce dark humor, but to embrace them simply as part of life.

There are maximized absurdities too, chiefly Linney’s constant casual lies about her failing career as a playwright (she asserts to her brother that she’s recently received a Guggenheim fellowship). Again, while humorous, the movie does not make a mockery of her, or cast down pity. Indignity is just part of the deal, whether you’re middle-aged like the siblings or dying like their father. Hoffman’s character may be better positioned in his job, but he still has to put himself into an absurd chiropractic contraption after throwing out his shoulder.

Hoffman is, of course, typically great here, not a high-key fuckup or nursing simmering rage, but battling unhappiness and a troubling sense of dissatisfaction nonetheless. Likewise, Philip Bosco shines as the dementia-addled father. Characters suffering mental degradation are often treated more as plot devices than human beings, but even in his ravings, he reveals glimpses of the man he once was.

But the film belongs to Linney, who around this time reigned among independent film actors. She is key in balancing her character’s idiosyncrasies and more down-to-earth, universal emotional moments. She’s prone to even neurotic beats, like when she relentlessly stalks an assisted living facility for her father’s stolen pillow, yet does not come across as cartoonish or overly affected. Similarly, the story manages to make her coming to grips with her own life in the course of caring for her father during his death – a direly cliched setup – feel not only natural but even a foregone outcome.

Jenkins repeats that feat in the finale, which revolves around Linney taking in her lover’s dog, which otherwise would have been put down. What could be overly cloying instead comes across as an earned moment of warmth. The Savages turns what read on paper as false bits into grace notes.