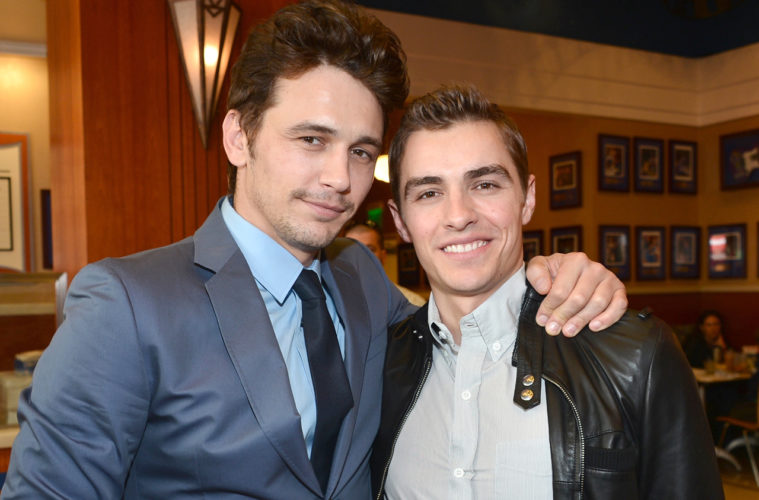 With the perfect casting of James Franco as Tommy Wiseau in the adaptation of The Disaster Artist: My Life Inside The Room, more casting has come in surrounding the feature detailing actor Greg Sestero‘s account of the production. It looks like it’ll be a family affair, as Dave Franco confirmed over the weekend he’ll be taking the role of Sestero, during, of course, a Los Angeles screening of The Room.

After saying it’s a “good choice,” Wiseau, who was at the screening, added, “I didn’t want to say it, but it happened, so. He’s a good guy.” At first glance, it might be odd to see the Franco brothers not playing siblings in the film, but, then again, we imagine that’ll be just about the least weird thing about this production. As for what to expect from the film, Seth Rogen, who is producing, recently said, that Sestero’s character will be the lead.

For those wondering if Wiseau has actually read the source material, he confirmed he has, but only agreed with “about 50 percent of it,” adding, “Greg is a talented guy, but you know, whatever.” James Franco, who is also directing the film, shared his anticipation at the screening, Instagramming a photo of his little brother with Wiseau himself, which can be seen below. [3News]

What do you think of the Franco brothers starring together?