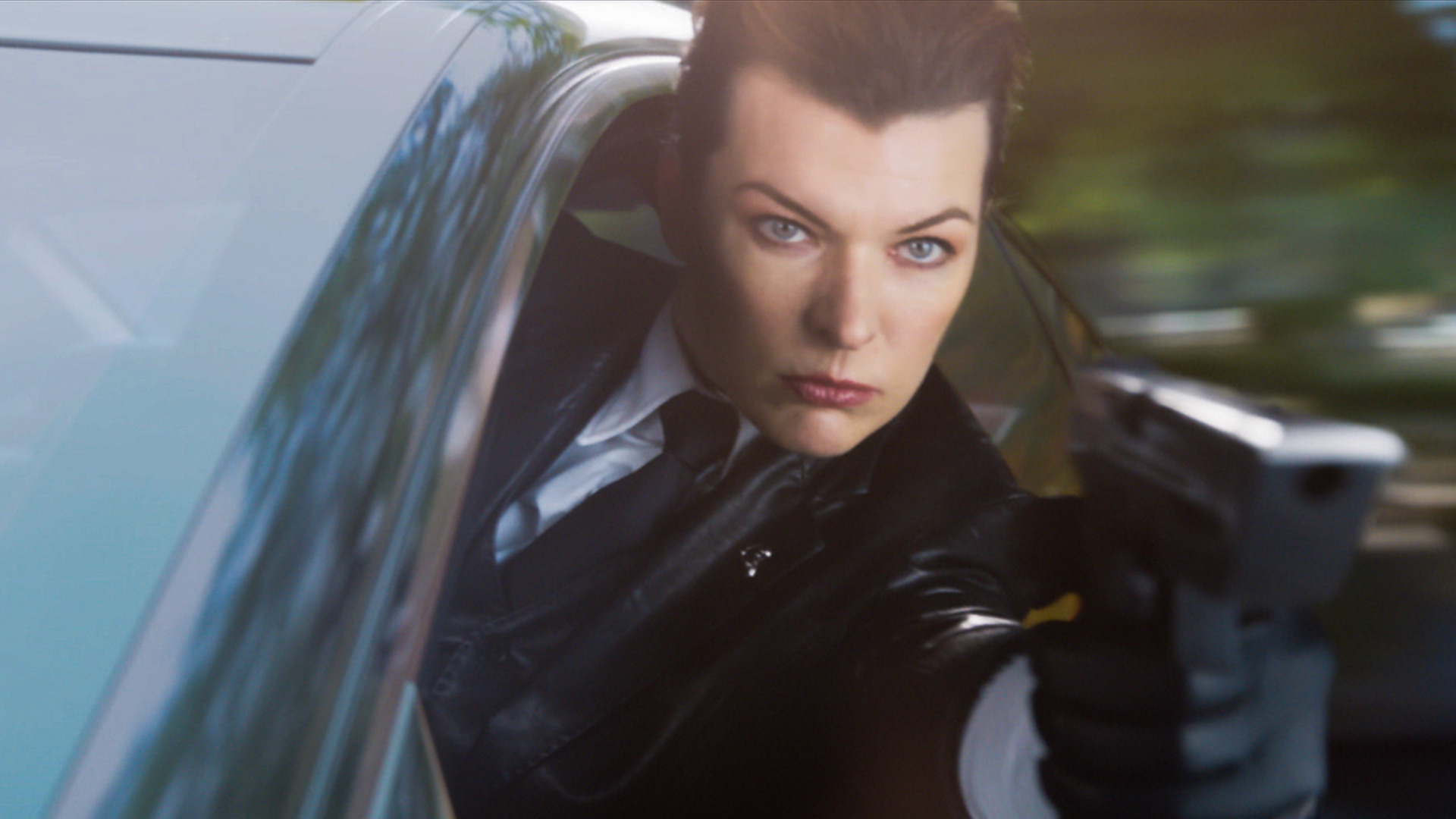 I should have known better considering I’ve seen two Alan Yuen films before: a directorial effort in Firestorm that forgets its unwavering severity in the third act to deliver farcical chaos and a screenwriting effort in Monster Hunt wherein the lead is a pregnant man with the salvation of monster-kind cooking in his belly. I should have known the American trailer for his latest work The Rookies was manipulated beyond its desire to pretend Milla Jovovich was its star. While that was obviously not the case (a common ruse studios use to shield audiences from realizing they are walking into a foreign language film—although this one being fully dubbed was a surprise), the Chinese James Bond aesthetic did at least seem real.

If I had gone back to remember those previous films, however, I would have at least been prepared for how wrong that assumption proves. Because while Yuen and cowriters Yun Cheung Kong and Xu Lei have crafted an elaborately weird spy flick in that model, it schizophrenically uses the genre’s tropes as both a means to earnestly create suspense and comedically spoof our desire to invest in their outlandish theatrics earnestly. And unlike Firestorm, wherein Yuen pulls us in before flipping the table, he embraces the humor here with the first scene. Don’t therefore buy into Jovovich’s deadpan delivery during the trailer about her secret stone mason organization known as the “Phantoms” solely because it’s juxtaposed against cool sunglasses and explosions. That dialogue is part of the joke.

Her Bruce is severe for a reason: she can’t stand the fact that she has to engage with the selfishly petty children she’s forced to enlist as help in her latest assignment to save the world. She’s the straight man staring daggers at social media parkour sensation Zhao Feng (Talu Wang) while he idiotically touches everything that’s put in front of him during a never-ending series of pratfalls and gags utilizing his penchant for absurdly juvenile physical comedy. The whole reason he’s even in this equation is because a botched internet stunt accidentally dropped him in the middle of a volatile exchange between gangsters with an extinction-level bioweapon on the table (I won’t ruin the wild reality of what it does). Bruce begrudgingly recruits him as her middleman.

With him comes best friend and biggest fan, Ding Shan (Timmy Xu)—an inventor of silly things in sillier ways (a suit of indestructibility is hardly indestructible considering it’s just a giant inflatable plastic costume reminiscent of the “sumo” contests held between periods at NHL games) alongside former doctor/current guinea pig, LV (Meitong Liu). And if you have a “biggest fan” by your side, you might as well have a “biggest hater” too, right? Enter Miao Yan (Sandrine Pinna)—a Hong Kong Interpol agent prone to fits of rage (a fact that’s forgotten almost as soon as it’s introduced) whose hatred of Feng’s live-streaming, free-climbing antics emboldens her into a self-motivated undercover mission to arrest him. Bruce needs Feng for a “simple” task and he’s brought the circus.

Here’s to your potential enjoyment if that sound like fun. I say “potential” because despite sounding fun to me in hindsight, it’s an absolute chore in practice. How much of that is a result of believing the trailer and anticipating an overly serious affair rather than an overly dumb one? Your guess is as good as mine. Because while that certainly played a role in my discontent, my inability to fully commit to such puerile energy in adult packages regardless probably played a much bigger factor—itself exacerbated by the dubbed performances adding yet another level of farce to the equation. An example: that aforementioned gangster meeting devolves into a guns-drawn screaming fest of “Shut up!” and “No, you shut up!” that lasts way too long.

Most sequences throughout The Rookies last too long—like when sketch comedy loses the plot a second after earning a genuine laugh. Undercutting the drama Yuen and company still try to sprinkle in doesn’t help matters, though. Are we supposed to laugh when the villainous Iron Fist (David Lee McInnis) rides up a curb after a hectic go-kart chase because he dons a maniacal smile while bearing down on one of Feng’s comrades? Or are we supposed to feel the emotional heartache when a freak event within that pursuit randomly throws a razor-sharp plate of glass into the air to risk cutting a “good guy” in half at the knees? I honestly don’t know because I had already been fully numbed to both reactions long before.

How could I not, though, when the film constantly switches between these two asks at breakneck speed? I eventually got sick of the whiplash and decided to resign myself to my fate of seeing how it all plays out: melodrama and sex doll humor alike. Yuen has really thrown the kitchen sink here as far as tone, genre, and intent go with characters thrust into a situation way above their heads who are too stubborn (and perhaps stupid) to realize they should have just stayed home. The final result is going to therefore be polarizing—there’s no way around it. People who like this type of film will have a blast while those who don’t are caught glancing at their watches in hopes the end is finally near.

The Rookies opens in limited release and VOD/Digital HD on April 16.